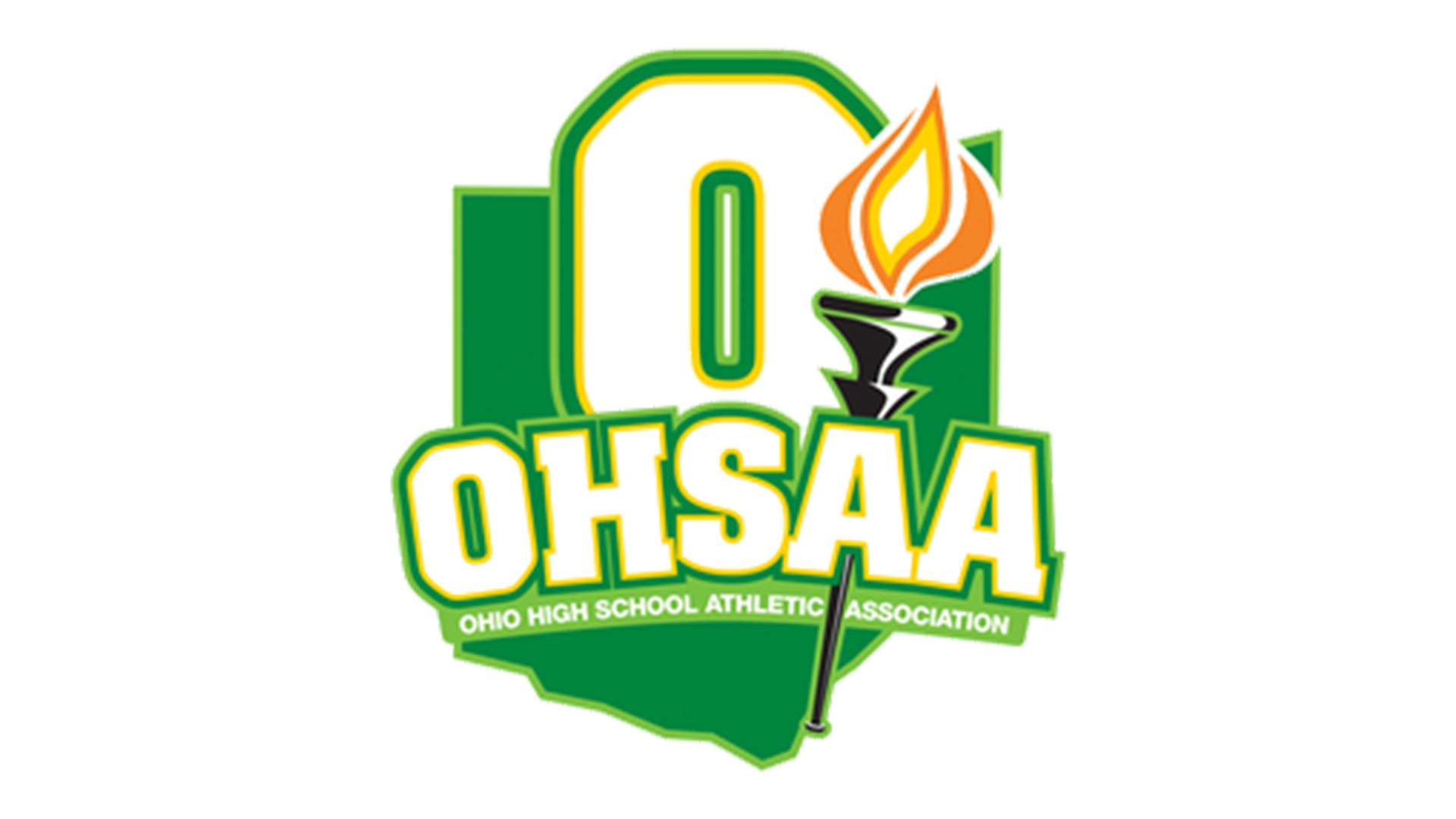 Each member school has one vote on each item, which is cast by the high school principal. Once again, nearly every school participated in the voting process, with 813 of the OHSAA’s 817 member high schools casting their ballot (99.5 percent).

The Name, Image and Likeness (NIL) proposal failed by a margin of 538 to 254. The proposal mirrored recent changes made at the collegiate level and would have allowed student-athletes to sign endorsement agreements so long as their teams, schools and/or the OHSAA logo were not used, the endorsements did not happen on school property or in school uniform, and provided there were no endorsements with companies that do not support the mission of education-based athletics, such as casinos, gambling, alcohol, drugs and tobacco.

“Every year, the referendum voting process shows that our member schools have a voice in this democratic process,” OHSAA Executive Director Doug Ute said.

“Our office was very pleased with the discussion and insights our schools expressed this spring as we met with them about each of the 14 proposals.”

“If NIL is going to enter the Ohio interscholastic landscape, we want the schools to be the ones to make that determination.”

“Whatever we do moving forward, it will include discussion on this issue with our school administrators, Board of Directors, staff and leaders of other state high school athletic associations.”

The other issue that failed by a narrow margin of 406 to 393 was a proposal to add a new exception to the Enrollment and Attendance Bylaw, which would have permitted a student enrolled at a member public school that does not sponsor a team sport to potentially play that sport at a public school located in a bordering public school district.

The vote count on this issue was the closest referendum outcome since Competitive Balance during the 2014 cycle when it failed 327-308 before it passed in the following cycle.

The approved Bylaw and Constitution changes will go into effect August 1, unless noted otherwise. A simple majority of votes cast by member school principals is required for a proposed amendment to be adopted. Each member school has one vote.

More information about this year’s referendum issues, regional update meetings and complete results of the voting are available at https://www.ohsaa.org/School-Resources/referendum-voting

In addition to voting for the referendum issues, member school principals had the opportunity to vote for representatives to fill expiring positions on their respective OHSAA District Athletic Boards, with terms beginning August 1, 2022. The district athletic board election results can be found at: https://www.ohsaa.org/about/districtboards

Review of the 2022 Referendum Issues

This modification of Constitution Article 5-7-3 and addition of Article 6-1-10 clarifies procedures and factors used for evaluating a request for a school to change OHSAA athletic districts. The amendment 1) restricts requests to those that can meet “objective, published criteria,” 2) restricts how frequently such changes may occur, 3) removes the final decision-making authority from the Board of Directors, which is composed of Reps from the impacted districts, and instead places the decision-making authority with the Executive Director, and 4) allows any denied transfer requests to be heard by the OHSAA Appeals Panel. (Becomes effective May 16, 2022). Passed 669 to 114 (31 abstained)

This modification cleans up the definition of an “interscholastic contest” by providing clarity to and more detail on the definition. (Becomes effective August 1, 2022). Passed 785 to 22 (7 abstained)

The modification to the definition of Recognized Sports removes the list of recognized sports from the bylaw and moves that list to the General Sports Regulations, to be modified as needed by the Board of Directors.

New Bylaws 1-5-2 and 1-5-3 provides definitions of Emerging Sports and Sponsored Events, respectively, and removes those definitions from the General Sports Regulations.

The modification in Bylaw 1-5-4 clarifies that all OHSAA recognized sports, including school club teams, must abide by all OHSAA rules. (Becomes effective August 1, 2022).

This change enables schools to reward and/or recognize a student manager or a student with an intellectual or physical disability for his/her special contributions to a team and allow them to play in a game without requiring the school to verify certain aspects of eligibility.

The participation of such a student is only permitted one time per sports season and the opposing coach and officials would have to be made aware of the student’s participation before the student enters the contest.

This concept is already captured in Bylaw 2-2-2, so that Bylaw will also be modified to remove the requirement for the student to meet the standard of the OHSAA scholarship bylaw. (Becomes effective August 1, 2022). Passed 793 to 13 (7 abstained)

This proposed new exception would have permitted a student enrolled at a member public school that does not sponsor a team sport in which the student desires to participate to petition to play that sport at a public school located in a bordering public school district pursuant to the bordering district’s duly adopted Board of Education resolution.

Forms for the next school year would have been required to be received by the OHSAA Office by June 30 each year, and no student would have been permitted to participate at another school until approved by the Executive Director’s Office. Failed 406 to 393 (14 abstained)

This amendment permits the Executive Director’s Office to approve residency eligibility after considering extenuating circumstances that may compel a student who is 18 and no longer eligible for a legal change of custody/guardianship to transfer schools and move into a new residence with a primary relative while his/her parents are living outside of Ohio.

This change mirrors the amendment to the 18¬year¬old provision found within the change of custody exception under the transfer bylaw.

The student is still required to meet the requirements of a transfer bylaw exception in order to restore eligibility for the entire season. (Becomes effective August 1, 2022). Passed 674 to 117 (22 abstained)\

The modification, which is in the additional note, gives the Executive Director’s Office authority to adjust the period when a student would fulfill the regular season transfer consequence if they are unable to compete during all or part of the first 50 percent of the season due to extenuating circumstances through no fault of the student-athlete.

This does NOT allow for the transfer consequence to be waived, nor does it allow for the student to regain eligibility for the OHSAA tournament. (Becomes effective August 1, 2022). Passed 544 to 247 (22 abstained)

Besides moving language from the former “Note 1” to more clearly articulate to which school(s) a student can potentially attempt to restore full athletic eligibility via this exception, the modification does the following:

It is also noted that the reason there is no mileage requirement for approval for transfers to public schools for a move of less than 80 miles is because public schools have defined geographic boundaries which govern state allocated funding and school attendance assignments based on residency. (Becomes effective May 16, 2022). Passed 595 to 182 (36 abstained)

A proposal to add this exception could be recommended should either school desire to return as an OHSAA member school. (Becomes effective August 1, 2022). Passed 767 to 17 (29 abstained)

The new exception gives the Executive Director’s Office authority to approve a one-time transfer of students back to a non-public school located within the same system of education BUT ONLY if the student was continuously enrolled within that system of education in grades 4 through 8. (Becomes effective August 1, 2022). Passed 517 to 273 (23 abstained)

The additional exception provides a pathway for a student who may have been subject to inappropriate adult behavior to transfer schools and not be subject to a period of ineligibility so long as certain criteria is met.

The exception has no application for a student/family displeased with the former coach’s training tactics/style. (Becomes effective August 1, 2022).

This modification clarifies that money can never be accepted as a result of participation in interscholastic competition and also that a student can be a professional in one sport but still retain their amateur status in a different OHSAA recognized sport. (Becomes effective May 16, 2022).

This proposed addition would have permitted student-athletes to sign endorsement agreements so long as their teams, schools and/or the OHSAA were not being represented within those endorsements and provided there were no endorsements with companies that do not support the mission of education-based athletics (casinos, gambling, alcohol, drugs, tobacco). Failed 538 to 254 (21 abstained)