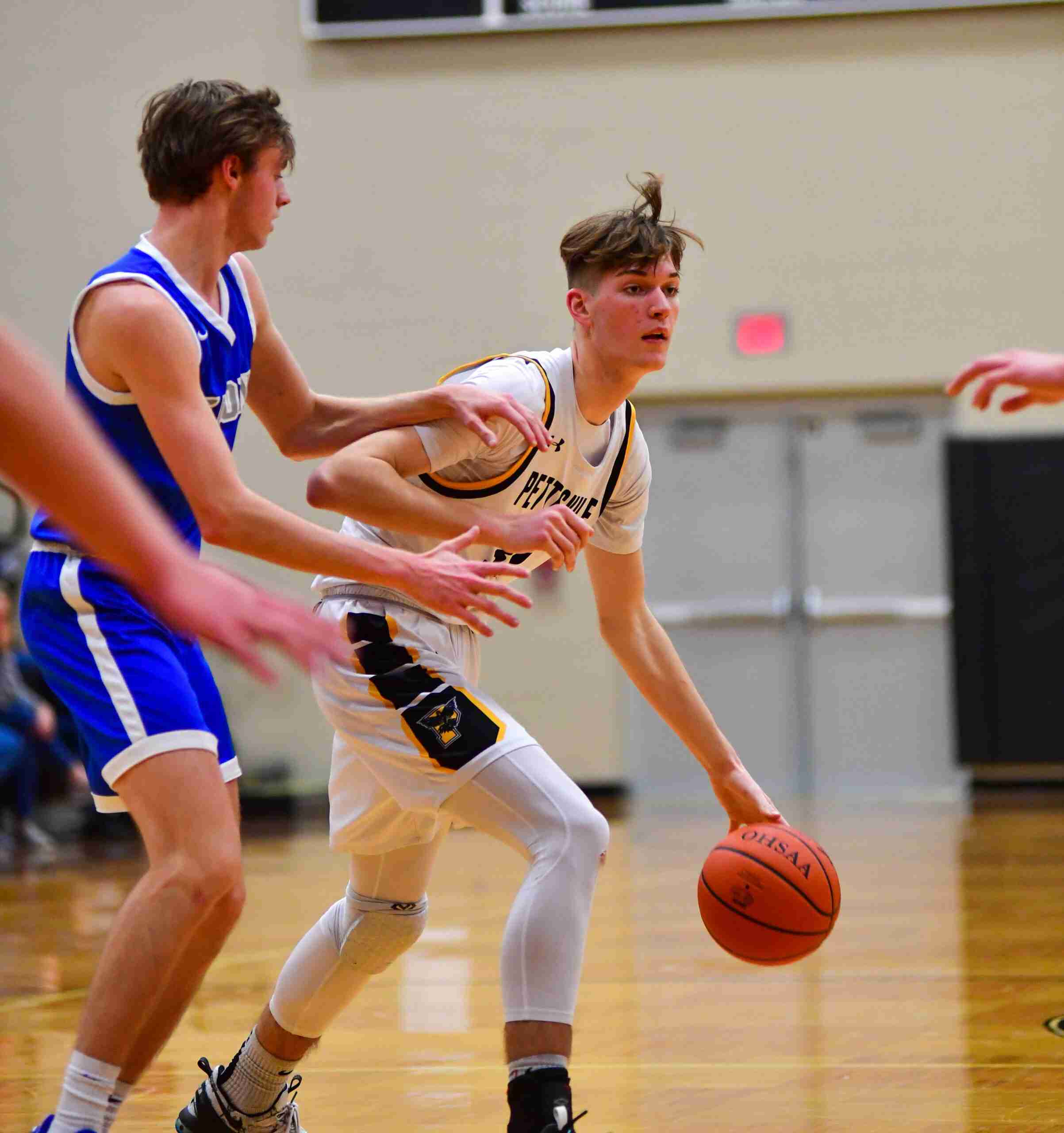 PETTISVILLE – The battle at The Birdcage between two of the contenders in the BBC came down to the free throw line.

Pettisville went 4/6 in the final stanza including Cayden Jacoby knocking down the game-winning foul shot with 0.2 seconds remaining to give Pettisville a 36-35 win.

The Edon offense operated at a high level in the first quarter after falling behind briefly at 5-4.

Caden Nester started an 8-0 run by the Bombers with a triple, Gannon Ripke had a conventional three-point play after a steal and layup, and then Nester scored off another turnover to make it 10-4.

Jacoby would stop the run with his first bucket of night for Pettisville before Ripke knocked down a triple and Jack Berry added a field goal as Edon led 16-10 after one quarter.

Nester drilled another three-pointer early in the second quarter to increase the advantage 19-11 but Edon shooting would go cold after that.

The Blackbirds put together seven straight points beginning with a trey from Gideon Meyers, a bucket from Joey Ripke, and Jacoby scored down low to trim the Edon lead to 19-18.

Berry would go 1/2 at the line to end the half as the Bombers clung to a 20-18 despite going just 1/10 from the floor in the second quarter.

Pettisville wasted no time in tying the game to start the third thanks to a bucket by Jaret Beck, but Nester answered for the Bombers to put them back on top 22-20.

The game would eventually be tied at 24-24 leading to Jacoby then scoring six straight points by himself to make it 30-24 after three quarters.

The Edon full-court pressure defense was the catalyst for a 7-0 Bomber run to open the final quarter with Berry highlighting the run with a two-hand slam after a Ripke steal and a Nester bucket gave Edon a 31-30 lead.

After Pettisville jumped ahead 32-31, Carter Kiess dialed up a Bomber triple followed by a Beck foul shot for Pettisville to cut the Edon lead to 34-33.

Edon’s struggles at the charity stripe would then begin by missing six in a row, including the front end of a pair of one-and-ones.

Beck put the Blackbirds back in the lead with a layup for a 35-34 lead as Pettisville beat the Edon pressure with 26.4 remaining.

Ripke then was foulded on a loose ball and the Edon senior went 1/2 at the stripe to deadlock the game at 35-35 with 7.1 left.

On the ensuing possession for Pettisville, Jacoby was fouled catching a pass against the Bomber pressure with 0.2 remaining and he provided the game winner as he hit the first free throw for a 36-35 Blackbird lead.

Nester topped Edon with 16 points and leading scorer Drew Gallehue, who left the game late in the second half with an injury and wouldn’t return, was held scoreless.