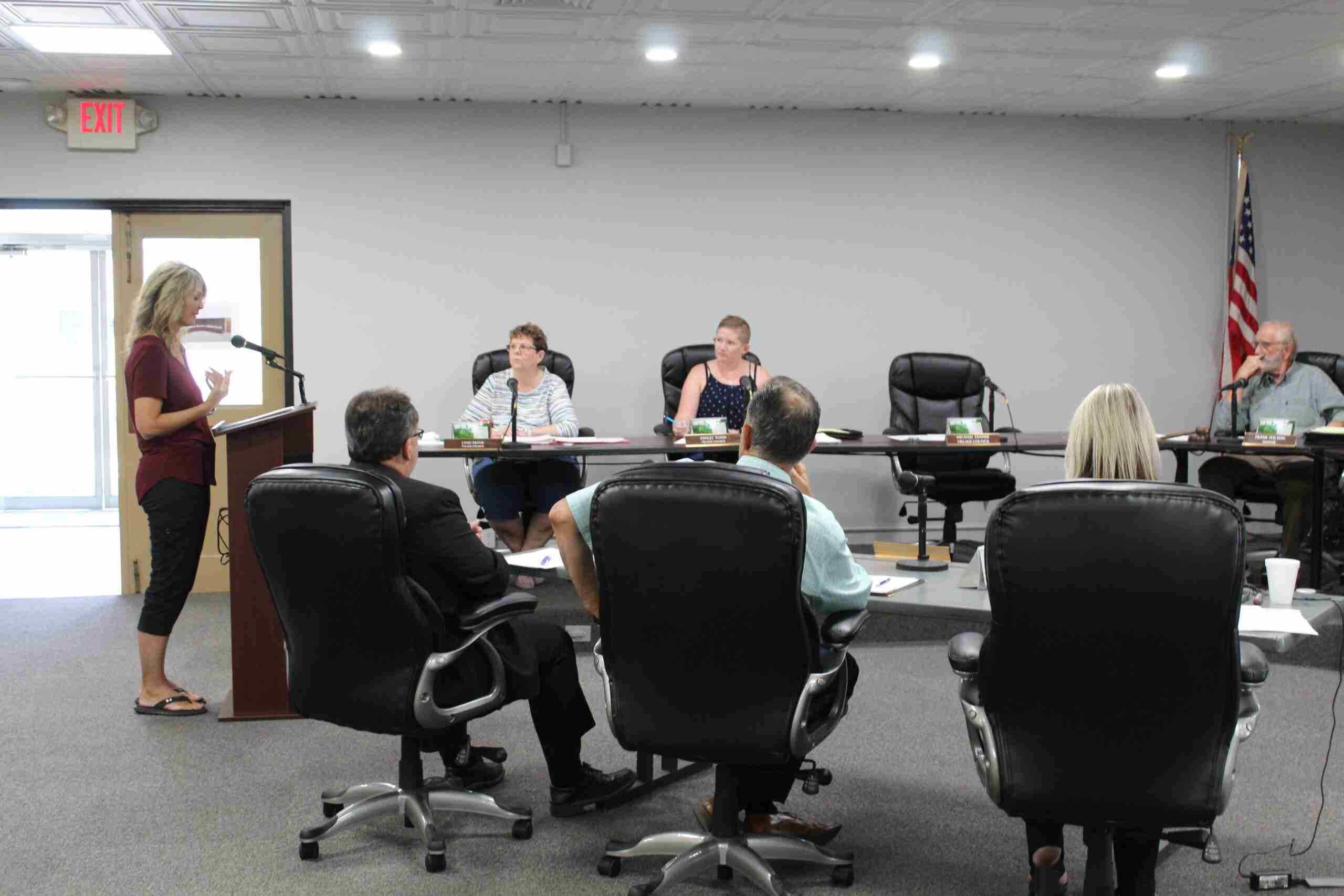 The Delta Village Council held their meeting on Monday August 2nd. The meeting was called to order at 5:30pm followed by the Pledge of Allegiance and a prayer.

Roll call was then initiated with a motion made to excuse council member Michel Tanner which passed. A motion was then made to approve minutes from the previous meeting which passed.

The council then moved to hear concerns from the public. Kim Mewborn addressed council about a flooding issue taking place on their property as well as a property next to them.

She explained that a lot near their house had been built on top of a storm drain. This drain provided storm drainage to their house and three others.

She continued to say that she had contacted the County Engineers office, who she stated told her, that they had been aware of the issue and thought it would have been fixed by now but were not able to do anything due to being in the village.

At this time Brad Peebles, the Village Administrator, told Mrs. Mewborn that the village was already aware of this issue and had sent a letter to Mr. Marks who is responsible for this and that it needs to be fixed.

He also let her know that the timeframe for this letter was by the end of the week.

Council then moved to hear correspondences. Village Administrator Bard Peebles asked council to make a motion for the mayor, Michel Tanner, to sign a letter to send to Ample Ohio Municipal requesting to withdraw from their organization.

There had been a controversy in the past as to if Delta would have a municipal power structure in the future.

The organization may look to expel the Village due to not moving forward with that idea. In order to keep future options open in case the matter would be revisited in the future, leaving the organization rather than being expelled would be preferable. A motion was made to sign the letter and was approved.

Moving to reports, the matter involving the Village Pool was discussed. Mr. Peebles informed the council that the pool will not be open next year due to a leak and age of the pool.

He informed them that a site plan should be conducted to find out what all would need to be done to replace the pool and how much it would cost. The cost to conduct the site plan is $19,750.

Mr. Peebles also let them know that if there is desire to complete the site plan, he will write up legislation to do so for the next meeting.

A motion was then made or approve invoices with a question being raised about a charge listed for $37,000 with the reason being for a fire.

It was explained that the money was sent from an insurance company to the Village to be held in escrow until a property was fully fixed. The motion was then approved.

A motion was then made for the purpose of putting liens on properties with overdo water bills which passed.

With no report given from the law director the police chief informed council that the Delta Eagles will be holding a Back the Blue BBQ for the second time on September 18th.

Council then moved to approve the minutes for the property meeting that took place on July 19th which passed.

In Old Business, council made a motion to approve the third reading of Resolution 21-09 regarding the entering of an agreement with The State of Ohio Department of Natural Resources for a cooperative fishing agreement. The motion was then passed.

Next was third reading of Resolution 21-10 to declare it necessary to renew an existing levy for the police department. A motion was made to approve which passed.

Resolution 21-11 then followed. The Resolution gave authorization to the village administrator to enter into an agreement with DGL consulting engineers to survey and design a downtown entrance feature on West Main Street where all the flowers are currently. A motion was made for the resolution which also passed.

In new business, a motion was made to approve an Emergency Resolution for the creation of a new funds account for money being received for the American Rescue Plan Grant.