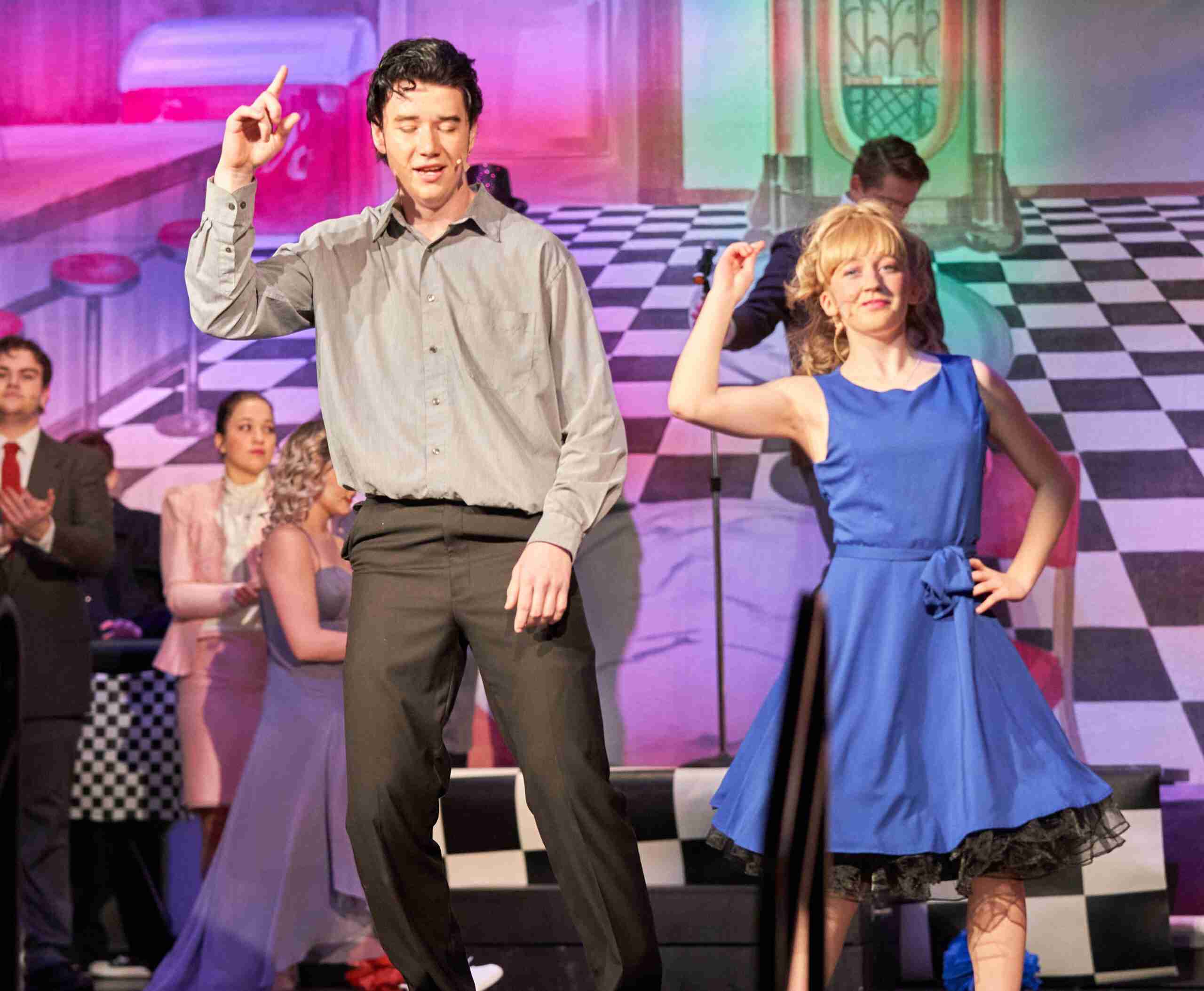 For anyone who has seen the movie “Grease” with John Travolta and Olivia Newton-John, this production called “Grease: School Version” truly was a unique version of the story.

There were some parts that slightly followed the original, but it focused more on being a good laugh for the audience.

Sandra D, played by Kendall Siebenaler did transform from a sweet innocent high school girl into quite a flirt at the end, and many of the songs were close to the originals.

The addition of two tall handsome angels (Jayden Craven and Drew Gallehue) with clear singing voices and an Angel in Training (Cassius Hulbert) later in the show, lent itself to a very different flavor.

The angels were spread out throughout the play, bringing extra moments of laughter with their antics and dances.  Zander Kurtz did a great job with his part as Danny Zuko.

He may not be John Travolta but he did a great High School job with his acting. His sidekicks played by (exchange student) Paul Walterholter (Sonny), Joey Boyer (Kenickie), Carter Steinke (Doody) and Terran Dunbar (Roger) as well as nerdy Eugene, played by Ashton Price, were fun to watch and did great on their songs together.

The Pink Ladies, played by Jenna Dulle (Betty Rizzo), Desi Dunkle (Frenchy), Ahlia Peterson (Marty) and Jaycee Craven (Jan) along with Letter girl Patty Simcox played by Kally Randall, showed an excellent grasp of the 50’s in the acting of their parts.

The plot was thin as the main focus went from song to song, with some of the soloists being the best sweet moments in the play.

“Freddy, My Love” sung by Marty who was played by Ahlia Peterson, “Look at Me, I’m Sandra Dee” by Rizzo played by Jenna Dulle and “Hopelessly Devoted to You” by Sandy (Kendall Siebenaler) were all musically pleasing.

Some of the group songs were also fun to hear, especially “We Go Together” sung by the whole cast.

The cast was made up of thirty one students all dressed in delightfully designed 1950’s costumes.

The boys had their hair greased back and the girls had ponytails and other 50’s hairstyles, and the set where they got to put on this play was excellent.

Kudos to all who helped to paint and build the set as it lent itself wonderfully to the era they portrayed.

Choreography was also a large part of the play with some group dances and some focused on individuals or couples.

For some good chuckles, this musical was done well with a fun addition of the “car” made out of a golf cart, driven back and forth in front of the stage for certain scenes, and some delightful moments during the dances when quirky things were done…Eugene being held by his dance partners, and Sandy being given a stool to dance with Zuko, who was much taller, at the end of the play.  All in all it was a good high school musical.

Rebecca can be reached at  rebecca@thevillagereporter.com 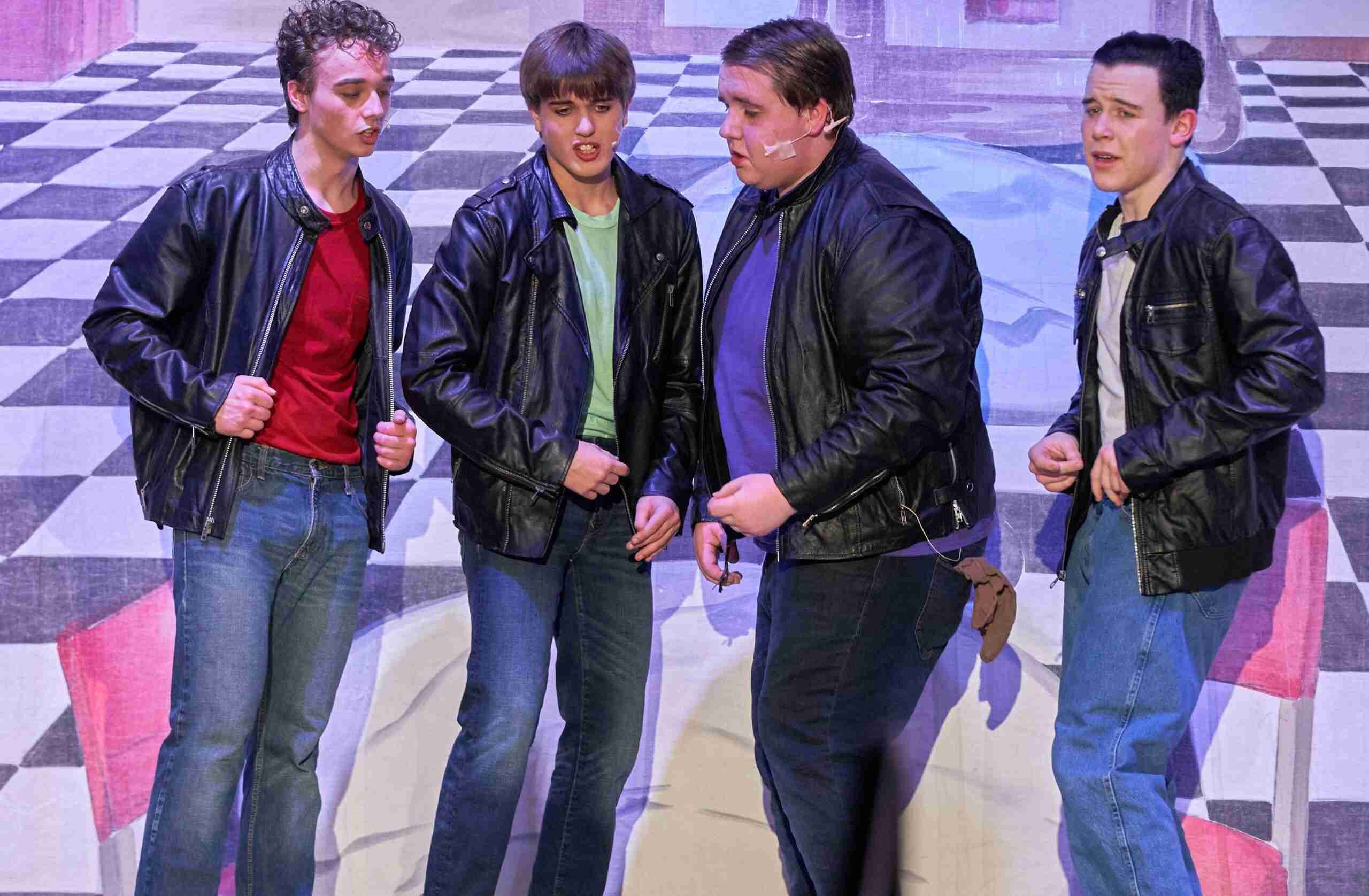 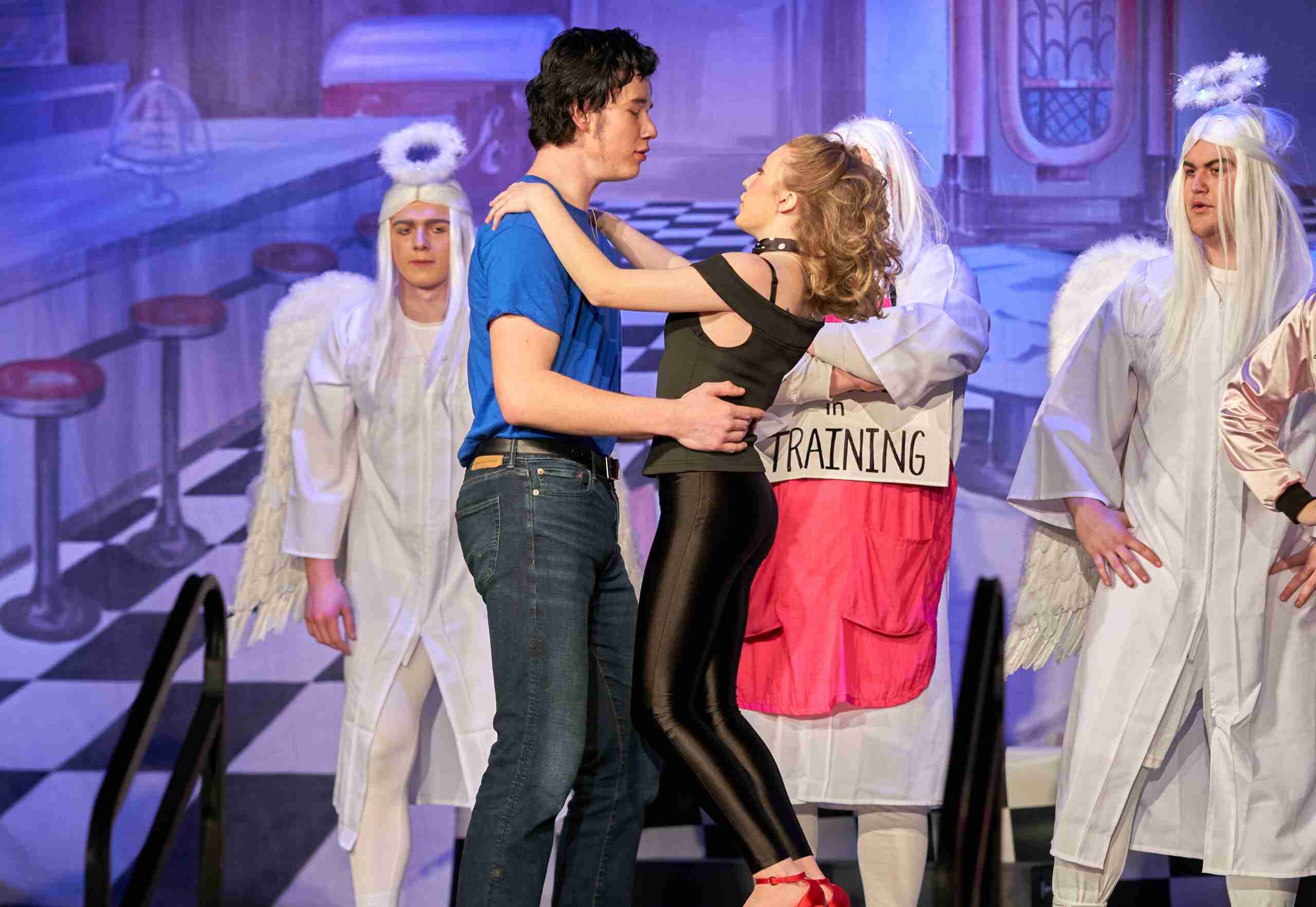 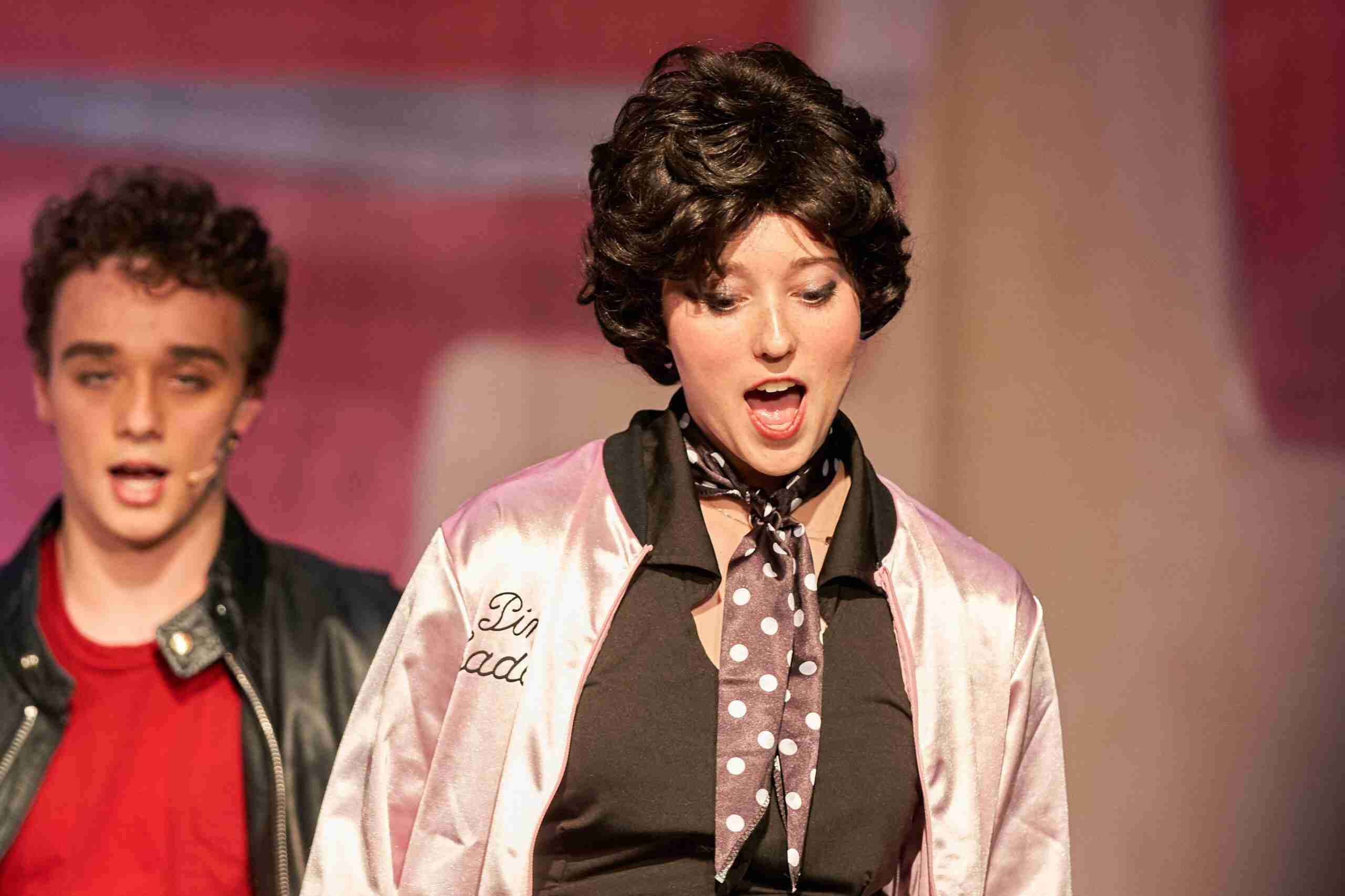 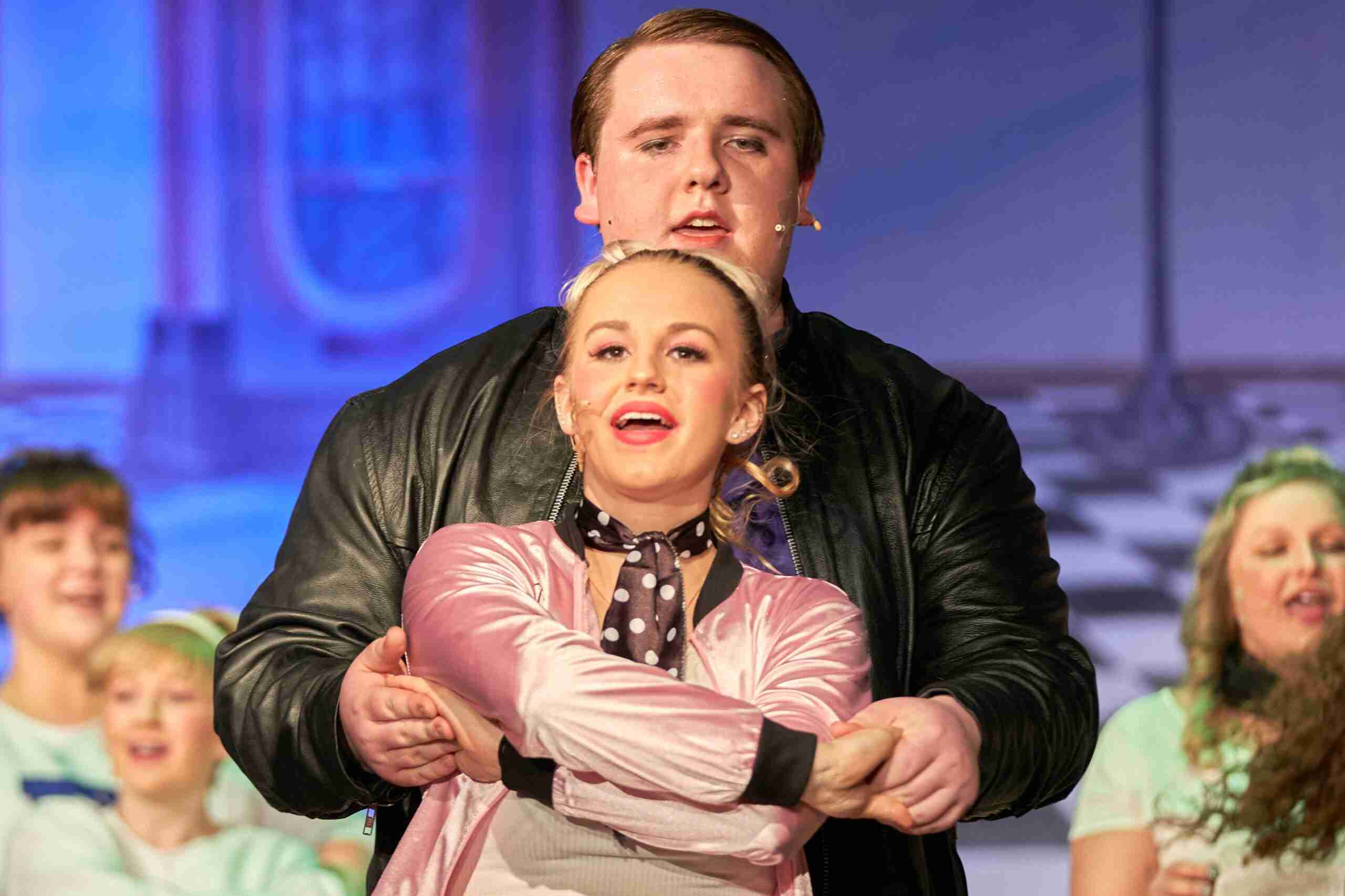 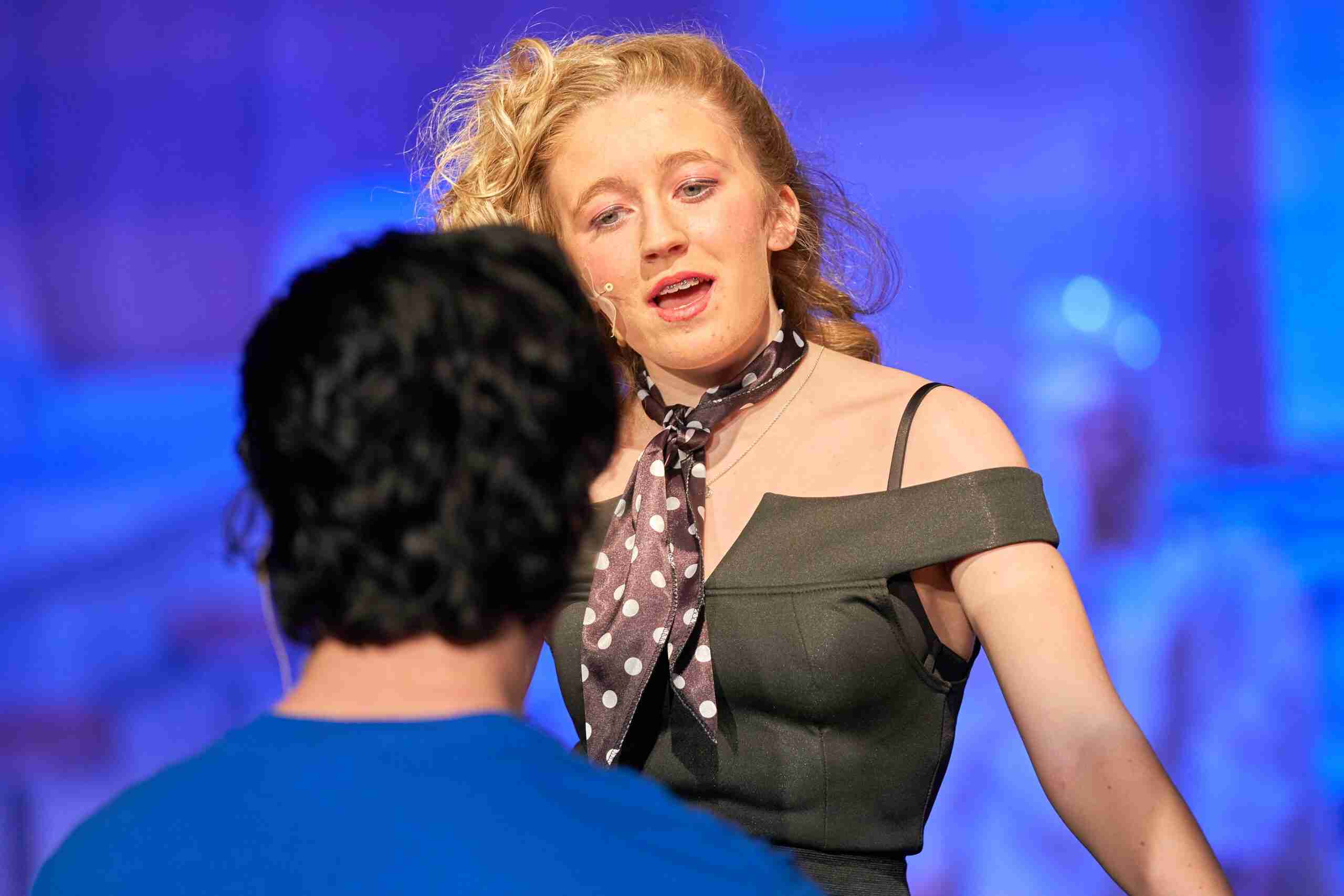 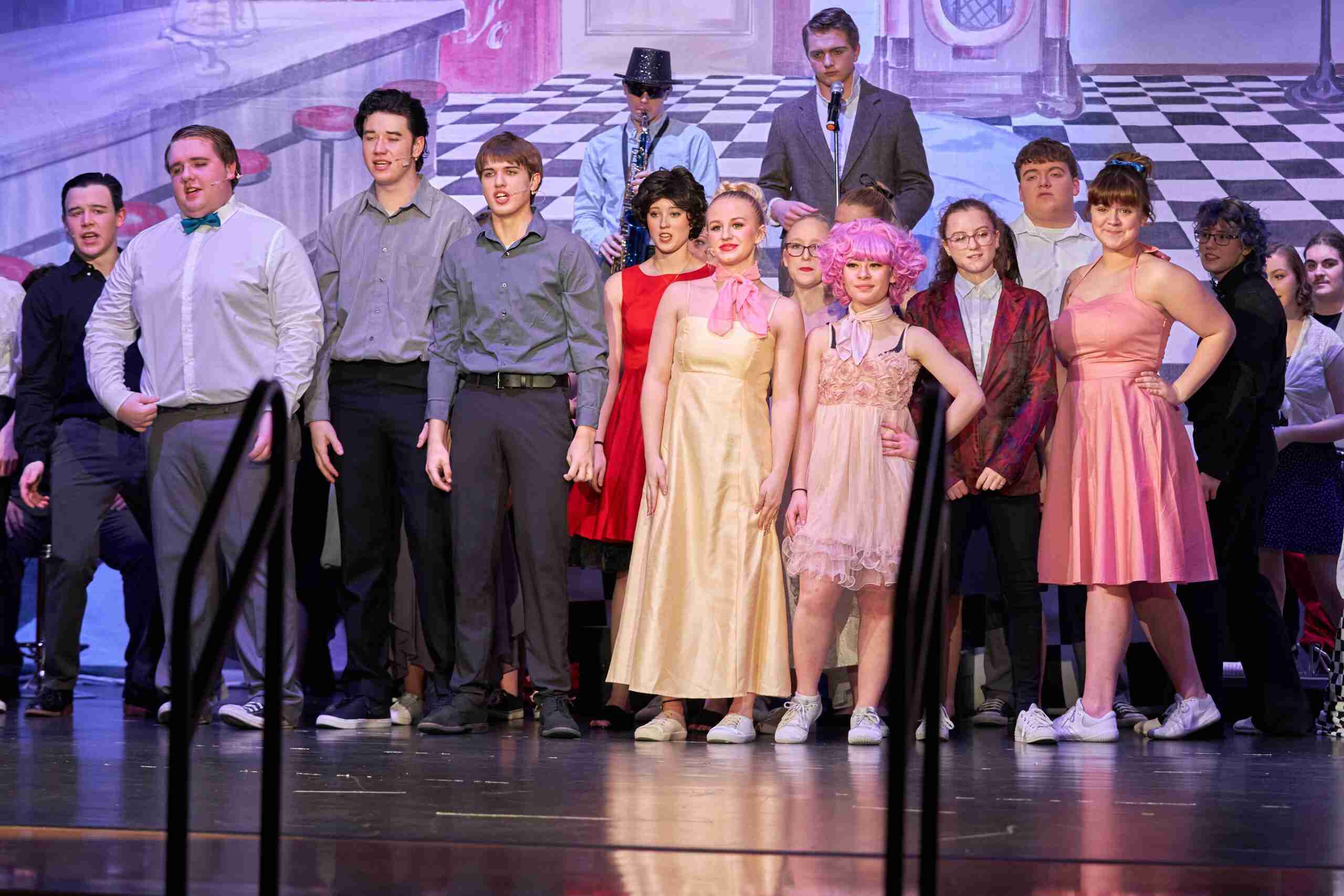 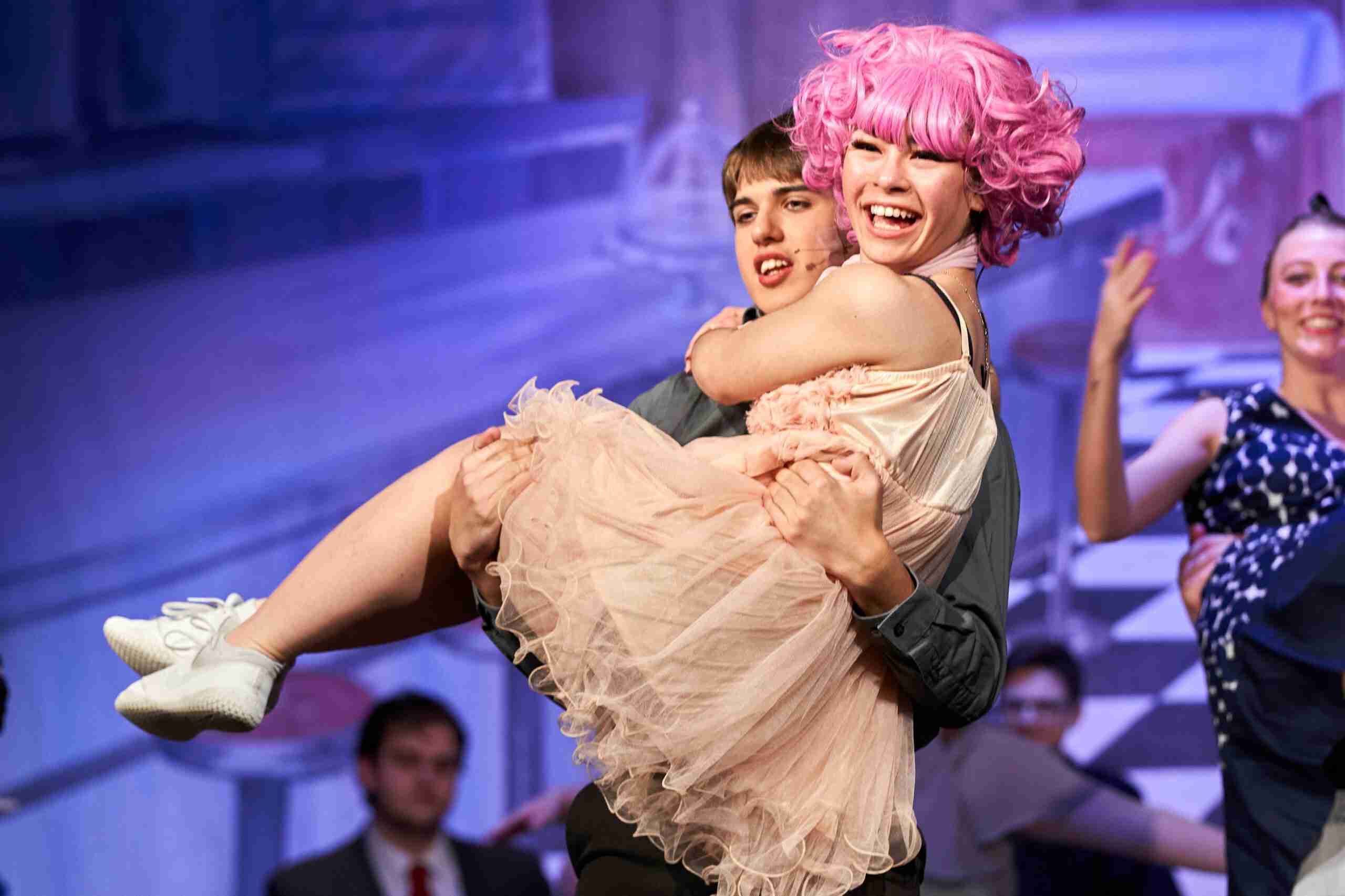