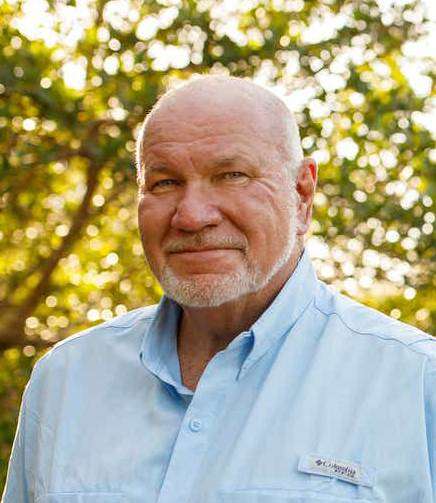 A lot of people in the country may be familiar with Randy Wayne White, who is the acclaimed, best-selling author of over 24 books, including his beloved Hannah Smith series, the Doc Ford novel series, and the Sharks Incorporated series.

Now, he’s back, this time with another title to the Sharks library called Stingers.

Randy was born in 1950 in Ashland, just outside of Pioneer, Ohio. His mother was from Rockingham, North Carolina and it was here that many a happy childhood summer was spent before the family moved to Davenport, Iowa in the 1960’s.

Randy was a highly active young man, participating in a variety of sports growing up, which included swimming, baseball, football, and springboard diving.

And while now a proud resident of Florida’s gulf coast in Sanibel with his wife, songwriter Wendy Webb, Randy hasn’t forgotten where his humble roots began and hopes his books continue to fuel the imaginations of the youth not only in his home town, but across the country as well.

Stingers is the third book in the Sharks Incorporated series, which also features Fins and Crocs in the same family.

Recurring character and marine biologist Doc Ford invites Maribel, Luke and Sabina back into the adventure in the Bahamas where they’re faced with invasive and deadly lionfish, which have already hospitalized several people with their venomous sting.

But at the same time, the trio discover precious artifacts littering the limestone caves of the region and it’s not long before they find themselves pursued by less savory individuals hoping for a stake on the prize.

Fans of Randy’s work will be delighted to see yet another addition to the Sharks Incorporated series, as well as the possibility of winning big at the book distribution organized by the Williams County Public Library.

Randy has donated 200 copies of his book to the facility, some of which will be added to the collection and the rest which are to be distributed to the local youth.

A book giveaway is scheduled to be held for kids grades 5-8 at WCPL through July 9th, where attendees can receive a free copy of the book, as well as be entered into a drawing to win a fabulous Sharks Inc.

Themed gift basket, which includes Fins, the first book in the Sharks Incorporated series, a Stingers themed baklava, a $20 gift card to LaBo’s Aquatics, a swim mask and snorkel, a convertible beach towel, and more. Supplies of the books are limited, so come early to grab your copy.

There will also be a PowerPoint presentation created by Randy himself, which details more in-depth about the aquatic life he features in his books.

For more information about the gift basket and giveaway, residents can call 833-633-7323 or email director Jeff Yahraus at jeff@mywcpl.org.