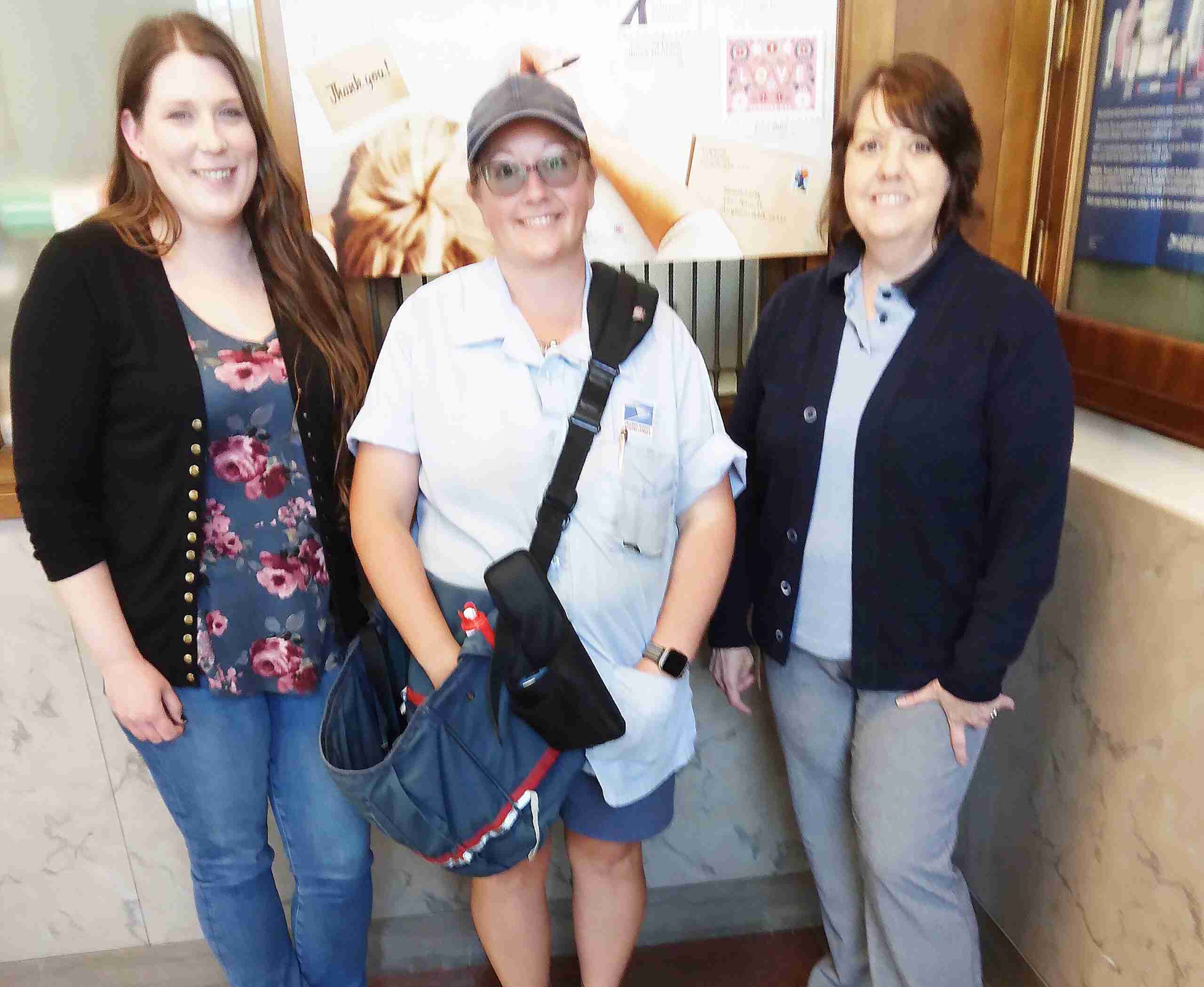 Earlier in May the Montpelier Post Office held a fundraiser called Stamp Out Hunger. The event is a national food fundraiser that the Montpelier post office staff takes a lot of pride in making sure they do a good job with it.

This was the 30th annual fundraiser and postal carrier Kimberly Elliott declared this one as another successful one.

“We were able to collect 1,000 pounds of food and also received 200 dollars in cash donations,” Elliott said.

The collection of food and the cash donations will go to Helping Hands Food Pantry. 309 West Washington Street, in Montpelier.

Elliott has participated in all but one of the stamp out hunger event, taking part in the last 29 of them.

She plans to do it again next year. The national Stamp Out Hunger event is held on the second Saturday in May.