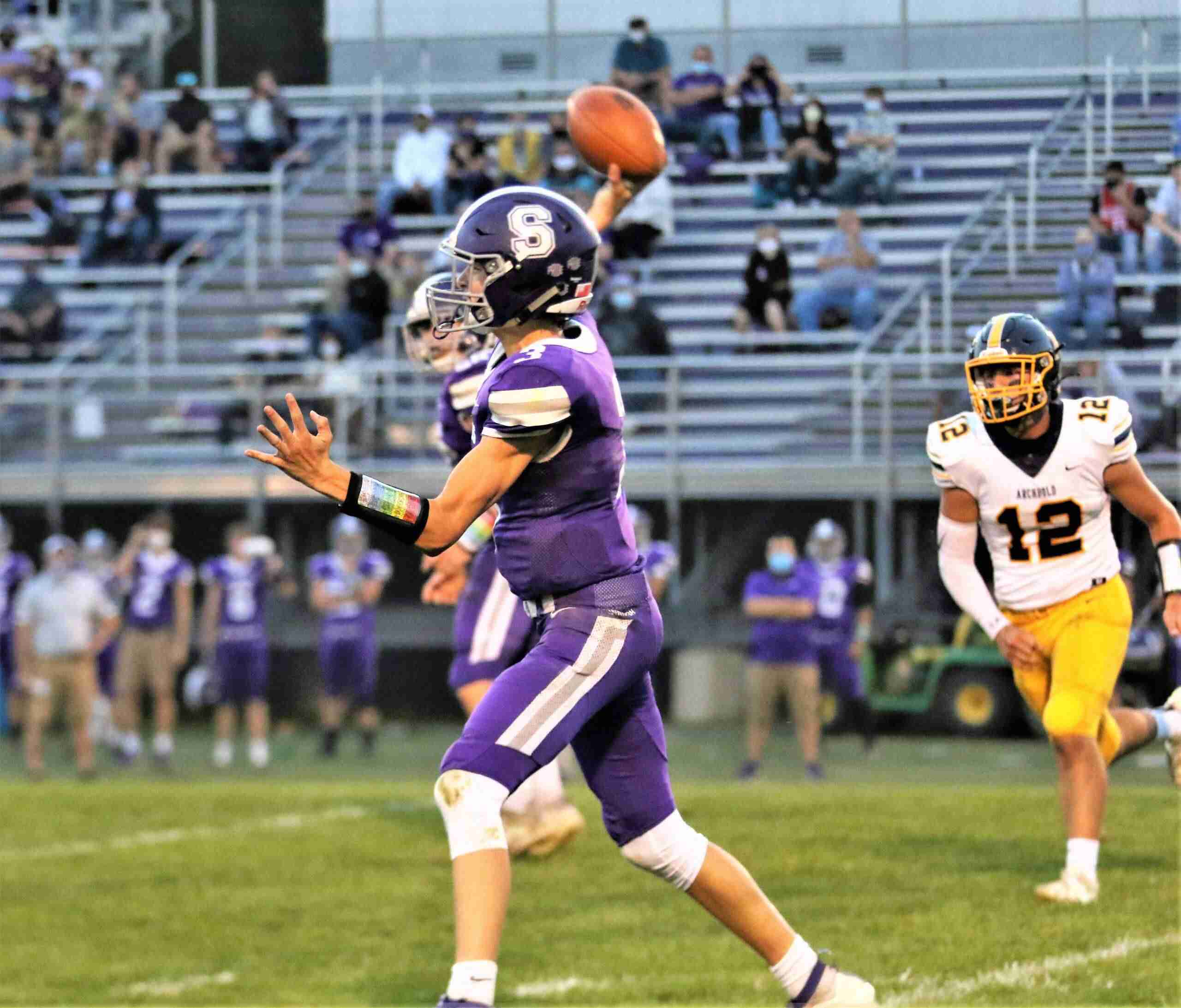 The roads had been cleared enough from the deep snow that fell over February 14 and 15, for the February 17, 2021 meeting of the Swanton School Board to be held. Following the Pledge of Allegiance, a moment of silence and the roll call, the Board got right into business.

They approved the minutes for the previous meeting and the Financial Report which included Cash reconciliation, the Swanton Schools Investment listing/Securities portfolio, a financial summary report, and record of transfers as well as Appropriation Modifications and Estimated Resource changes.

A Resolution to approve the Permanent appropriations for the Swanton Public Library for their FY2021 was passed.

Probably one of the most interesting moments of the meeting was the Power Point presentation by Superintendent Chris Lake and Athletic Director Wade Haselman as the Strategic Priority Update for the month.

Lake and Haselman presented a proposal to the Board for the school to leave the NWOAL (Northwest Ohio Athletic League) and be part of a new league in order to give their school a better chance to win games and build their program. (A more complete explanation of this can be read in the Sports Section of this edition.)

Recommendations approved by the Board:

•Request of the Swanton Choral Department’s trip to Cleveland and Sandusky, leaving SHS on the morning of Friday, May 7, 2021 and arriving back at SHS the night of Saturday, May 8, 2021.

•Great showing for the school in the Finance Division of BPA, with top three placers to be representing at the State BPA competition in March, for a chance to represent Ohio in National BPA Competition at Orlando, Florida in early May. State Qualifiers are Joshua Vance, Trent Weigal, Samantha Taylor, Liz Ottney, Joshua Alvarez and Jackie Lennex.

•SMS Bullying report was that there were four reports and after investigation, on was determined an actual case of bullying

•Mental Health Mondays continue with the 7th graders and students are excited to star an all girl ROX group (Ruling Our Experiences) with Jaime Fogerty from Fulton County as leader.

•There is a 75% overall daily participation in breakfasts and lunches

•A tutor has been hired with some of the ESSER funds to support small group instruction in the Elementary School.

•Zero cases of bullying in SES for the year

•The Tech Department has upgraded the Core Switch to all Swanton Local School district buildings, removing around $10,000 in annual maintenance fees. Installation of outdoor wireless access is also complete and was 100% covered by Ohio BroadBand Connectivity Grant.