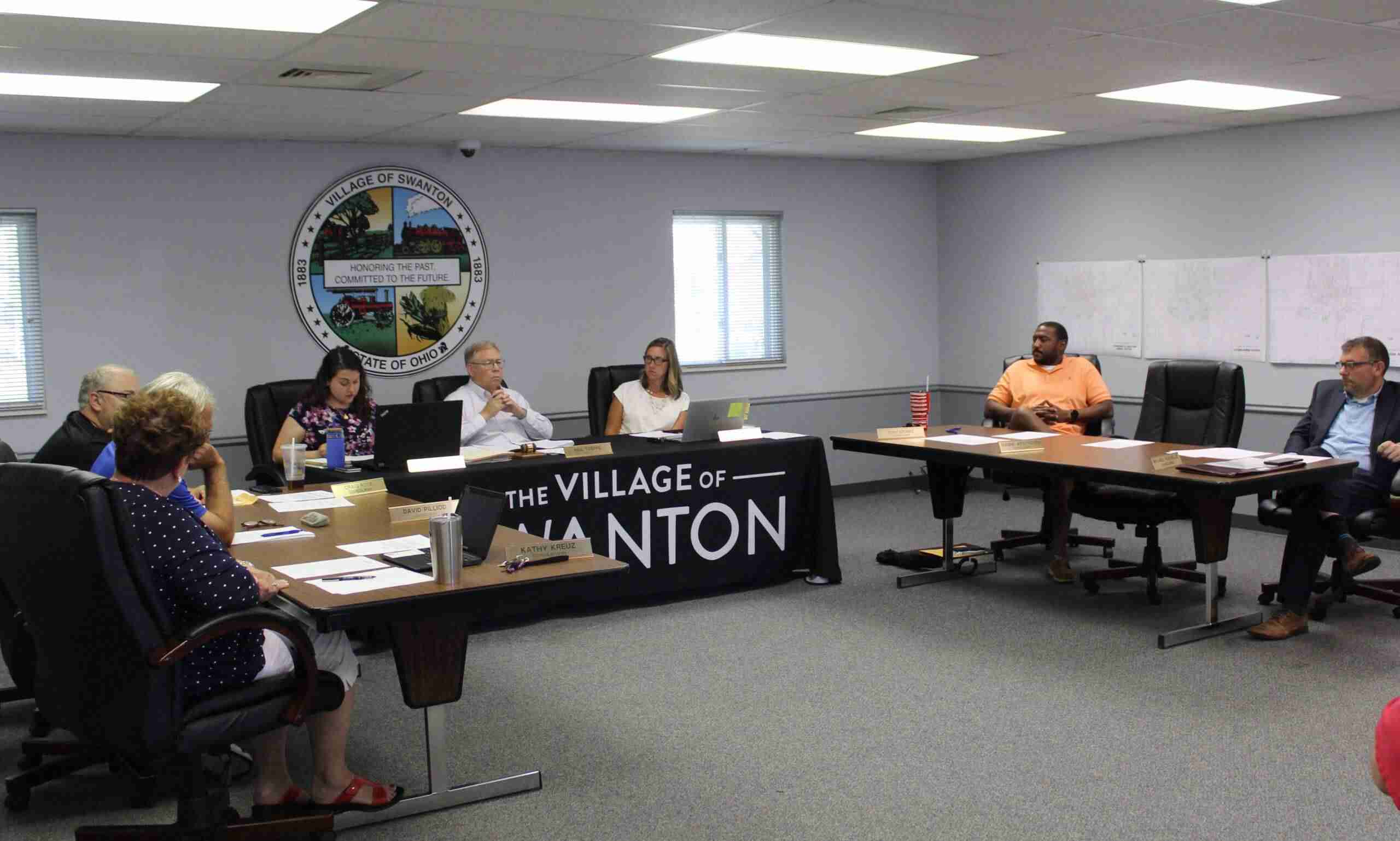 The Swanton Village Council held a meeting on Monday the 28th. The meeting was called to order at 6:45PM followed by a prayer and the Pledge of Allegiance.

A roll call was taken with Dianne Westhoven being absent. This current meeting’s agenda was approved as well as the minutes from the previous meeting on June 14th.

In committee reports it was discussed to split the cost of the Phase 2 environmental project with the Swanton Historical Society.

The purpose according to Rosanna is to “Increase awareness about what the village of Swanton does for them.” Each night will focus on a different aspect of city work and will feature a trip to each of the different departments. Applications will be available online and will also be sent out soon.

In old business there was a Second Reading regarding the cost of leaf collection. A motion was made to approve the measure and was passed.

Next a Second Reading regarding the cost of Street lighting was referenced. A motion was made to approve, and it was passed.

An Emergency Resolution followed. The resolution was to authorize the Administration to dispose of certain surplus property not needed for any municipal purpose.

Another Emergency Resolution came after to authorize the submission and support of a request to Senator Sherrod Brown for Congressionally directing spending appropriations.

A motion to suspend the rules was made and passed followed by a motion to approve and was also passed.

Last in old business was an Emergency Ordinance that would authorize the village administrator to enter into an agreement for the Woodside Resurfacing Project. A motion to suspend the rules was made and approved. A motion to approve the Ordinance was made as well and also approved.

In New Business an Emergency Ordinance was discussed. This Ordinance was to pay the costs involved with improving and extending the waterworks system for the village by constructing a water main along a portion of Munson Road as well as paying for the cost to improve the Villages waterworks system. It would also acquire land for a water plant reservoir.

In the Administrators report village crews did an emergency brush pickup on Monday due to the storms. The next regular brush pickup is scheduled for July 12th. Scottdel reached out to the village requesting a sign be placed on Church Street at their expense regarding trucks.

Trucks are supposed to be going down Zeiter Way to get to the company but have been going down Church Street. Scottdel is wanting to fix this issue. The Corn Festival’s parade route has been approved.

There will be work on West Garfield by Ohio Gas within the next 6 weeks to work on gas mains.In Communications, the Fourth of July Celebration for the Village of Swanton will be taking place on July 3rd.

In Personnel the village received two resignations. The first was from part-time officer Jace Neal and is effective June 30th. The second resignation was for part-time firefighter Randy Trausch. A motion was made to approve the resignations and was approved.

Mr. Tom Sheperak, who is a member of the public, then spoke to the council regarding a tree that they had cut down. They were concerned that the tree was dead. According to Mr. Sheperak, they had an arborist come and look at the tree and tried to treat it years ago.

While treating the tree, the arborist told them he thought the tree roots had been damaged due to sewer work. Nothing worked with the treatment, and they contacted the city to have the Tree Commission come out and look at the tree.

The Tree commission gave them the recommendation that the tree be cut down “ASAP” due to it being a hazard. The tree ended up being in the “right of way” which makes the tree the responsibility of the city.

The city was in the process of looking up all the information needed to make a decision for the tree when Mr. Sheperak had it cut down. Mr. Sheperak stated that he did not know there needed to be a permit for the tree to be cut down but because of it being in the “right of way” for the city, he is looking for compensation in the amount of $2145.

That was the amount it cost him to have the tree removed. The council asked him for more paperwork that he had gotten from the arborist and will revisit the issue at the next meeting.

The Council then made a motion to go into an executive session for public employee hiring and other employment. The motion was approved.

After coming back from the executive session, the meeting was adjourned.