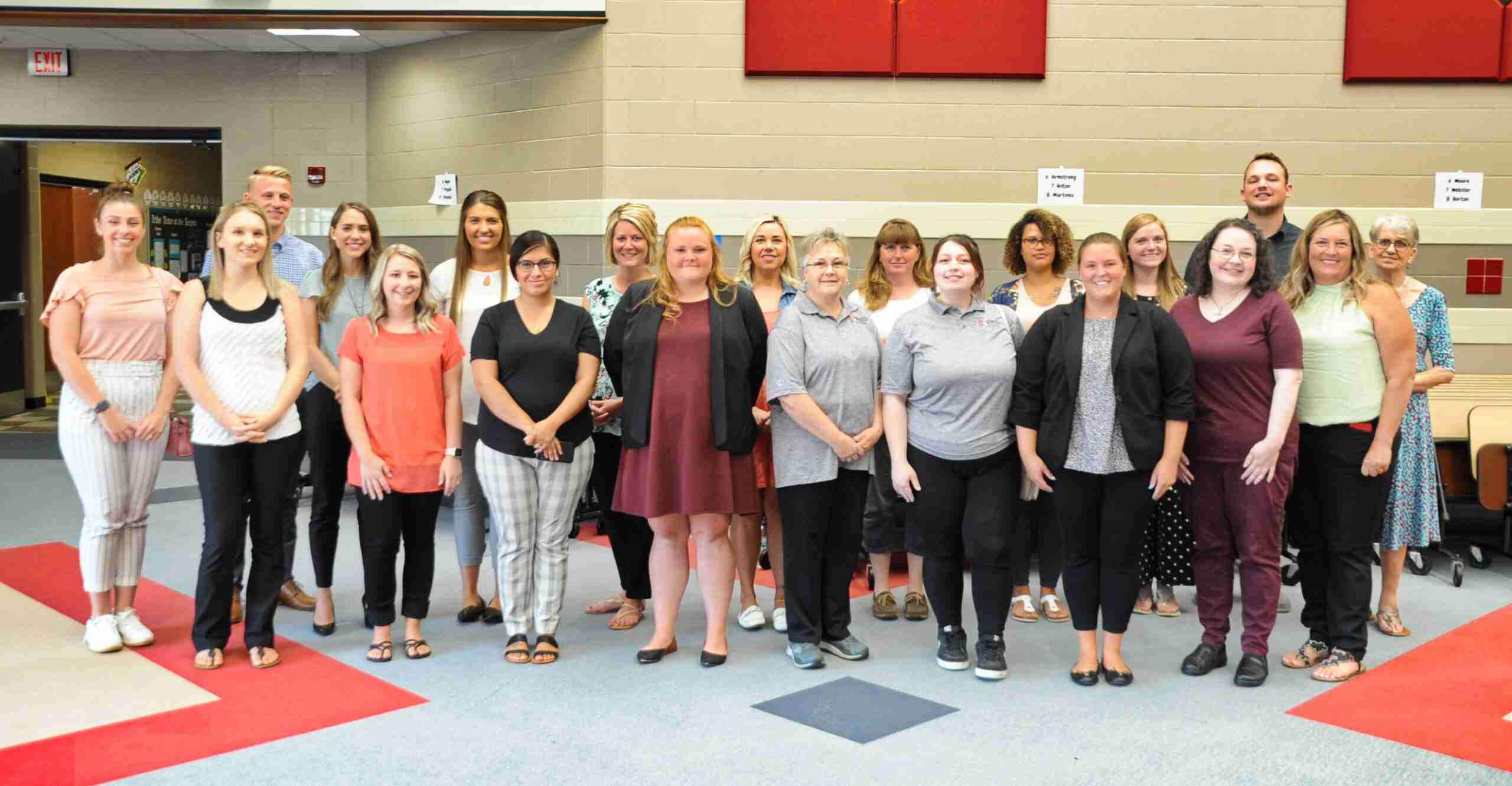 NEW STAFF … New hires for the school district were introduced at the August Wauseon School Board meeting. (PHOTO BY JACOB KESSLER, STAFF)

The Wauseon School Board held their meeting on Monday August 9th. The meeting was called to order at 5:30pm followed by roll call and the Pledge of Allegiance.

The Board then recognized and commended Matt Hutchinson for being selected at the 2020-2021 recipient of the Ohio Interscholastic Athletic Association Meritorious Service Award.

A motion was then made for the approval of the bills and financial reports which passed. The board then moved to approve a $250 donation from an anonymous donor to the WES Food Pantry in memory of Joseph R. Newlove followed by approval for modifications and supplemental modifications to the 2022 Fiscal Year Permanent Appropriations.

The board then made a motion for the creation of a new fund. The fund is for a Federal Grant and the account number will be changing so a new fund is needed.

Superintendent Troy Armstrong informed the board that he met with the subcommittee to discuss this issue, and this was what they had all decided. A motion was made and was passed. The board then made a motion to approve a memorandum of understanding.

The board then made a motion to adjourn which was approved at 5:59pm.