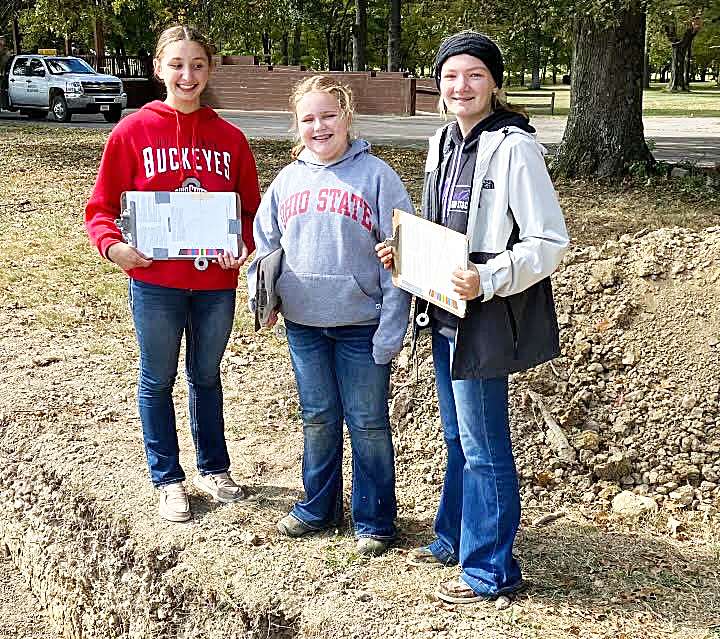 STATE SOILS CONTEST … Courtney Wiemken, Oliva Beck and Ava Genter stand by one of the four soil pits they judged in Franklin County at the State Urban Soils Career Development Event (CDE) held in October. To qualify, they had to score in the top five as a team at the district level. These contests are sponsored by the FFA to promote hands-on use of the ag curriculum. (PHOTOS PROVIDED)

Members of the Pettisville Agriculture, Food and Natural Resources class competed at the Fulton County Urban Soils contest held last month on the south side of Archbold.

Students determine the texture, slope, drainage and restrictions of the soil and select management practices based on the physical properties.

Six team members advanced to the District 1 FFA CDE and placed 2nd with Genter placing 4th as an individual.

The other two scores came from Cayden Jacoby and Courtney Wiemken.  Saturday, October 8th, Beck, Genter and Wiemken went to Lockburne OH for the state CDE.

The Pettisville Urban Soils team placed 37th. Courtney Wiemken was the top scorer on the team, she ranked 102nd .

Members of the Pettisville Animal and Plant Science class competed at the Fulton County Ag or Rural Soils contest held last month on the south side of Archbold. 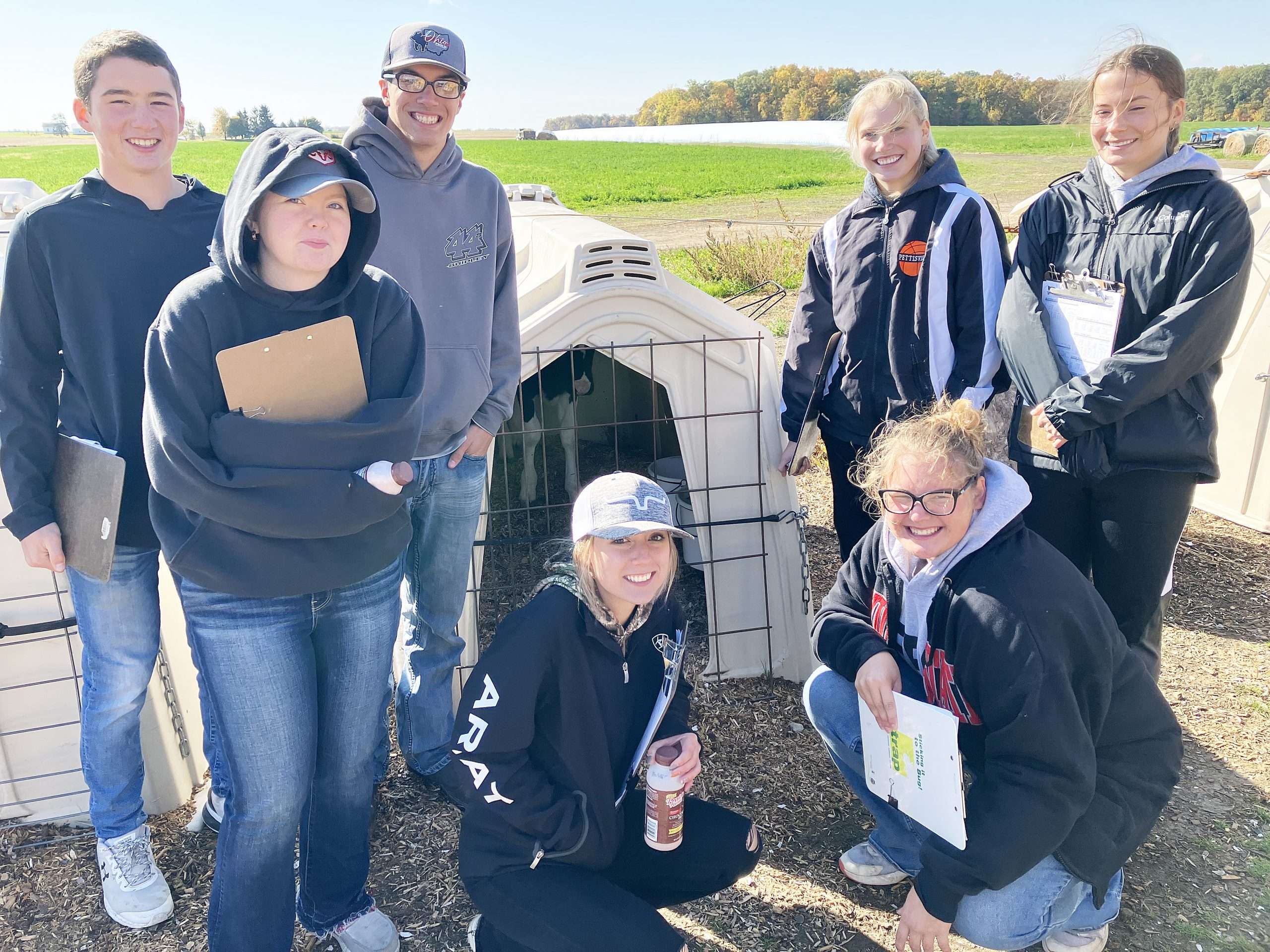 DAIRY CATTLE … Members of the Pettisville Dairy Cattle team posed in front of a calf hutch at Twin Lake farms in Defiance County. L to R: Creighton Aeschliman, Caitie Girdham, Jayden Bleikamp, Quinn Stickley, Lily Wiemken, Olivia Miller, and Leah Beck. This was their first experience at the Dairy Cattle contest, and they enjoyed the challenge.

Students determine the texture, slope, drainage, erosion potential and compaction of the soil and select management practices based on the physical properties.

Five team members advanced to the District 1 FFA CDE and placed 5th with Miller placing 10th as an individual.

The other two scores came from Bennett and Caden Bishop. The team earned the right to go to the state CDE but were not available.

On Thursday, Oct 13th seven members went to the Krill farm in the Edgerton School District to judge dairy cattle.

Live classes of cows and heifers were placed with questions being answered. Paper classes included pedigree and sire selection classes.

The team placed 9th in the district. Creighton Aeschliman was the top scorer in 20th place.