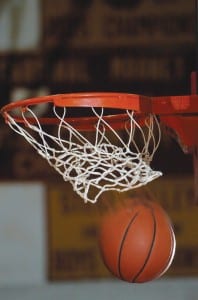 PIONEER – She hit five shots from up close. She drained two from downtown, and added eight from the line. Bralyn Wyrick was the go-to girl for the North Central Lady Eagles against the Pettisville Lady Blackbirds on January 24, but her game-high 24 points lacked the backing of her teammates as the hometown girls bowed to their BBC rivals by a 44-37 score.

In countering the Wyrick attack, Pettisville Coach Jason Waldvogel called out what he referred to as a, “…nice team effort,” saying, “We distributed the ball well on the offense to find the open look. The defense was solid, with Amber Loar giving us a great effort tonight.”

Lauren Hostetler led 10-6/5-2 Pettisville with 15 points, while Dana Fricke had 12 points. Mikala Avina put in 11 points, Audra Klopfenstein 4 and Kate Kauffman 2 points.
Wyrick was the only player in double figures for North Central. Hannah Siekemeyer had 8 points, McKayla Swank and Shaylee Oyer each had 2 points and Abbey Litzenberg added a free throw.

Share. Facebook Twitter Pinterest Email
Previous ArticleTaylor Griffiths Goes Off For 18, And The Fayette Lady Eagles Go Off On Edon
Next Article Hilltop’s AWOL Offense Rolls Out The Red Carpet To The Stryker Lady Panthers