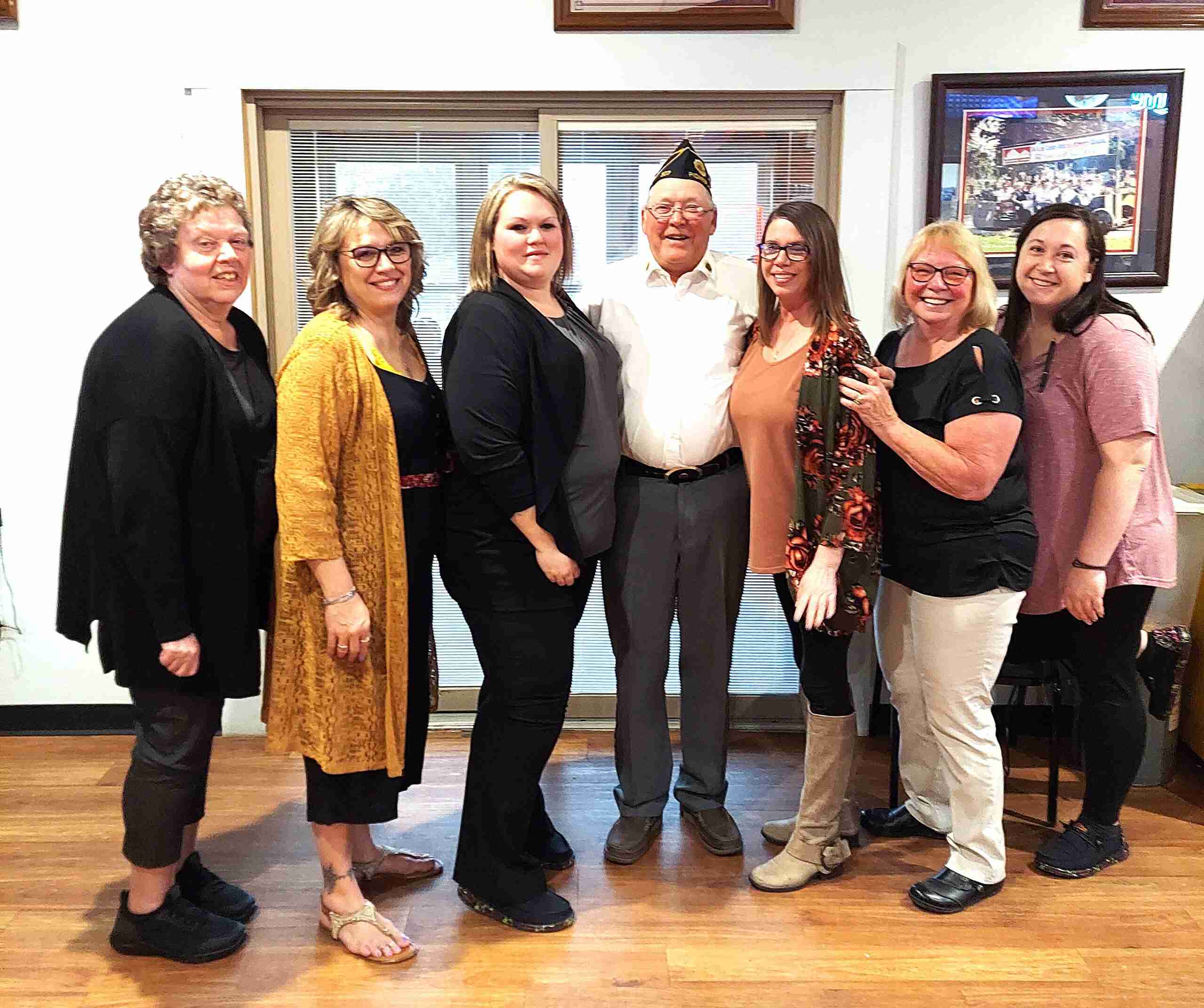 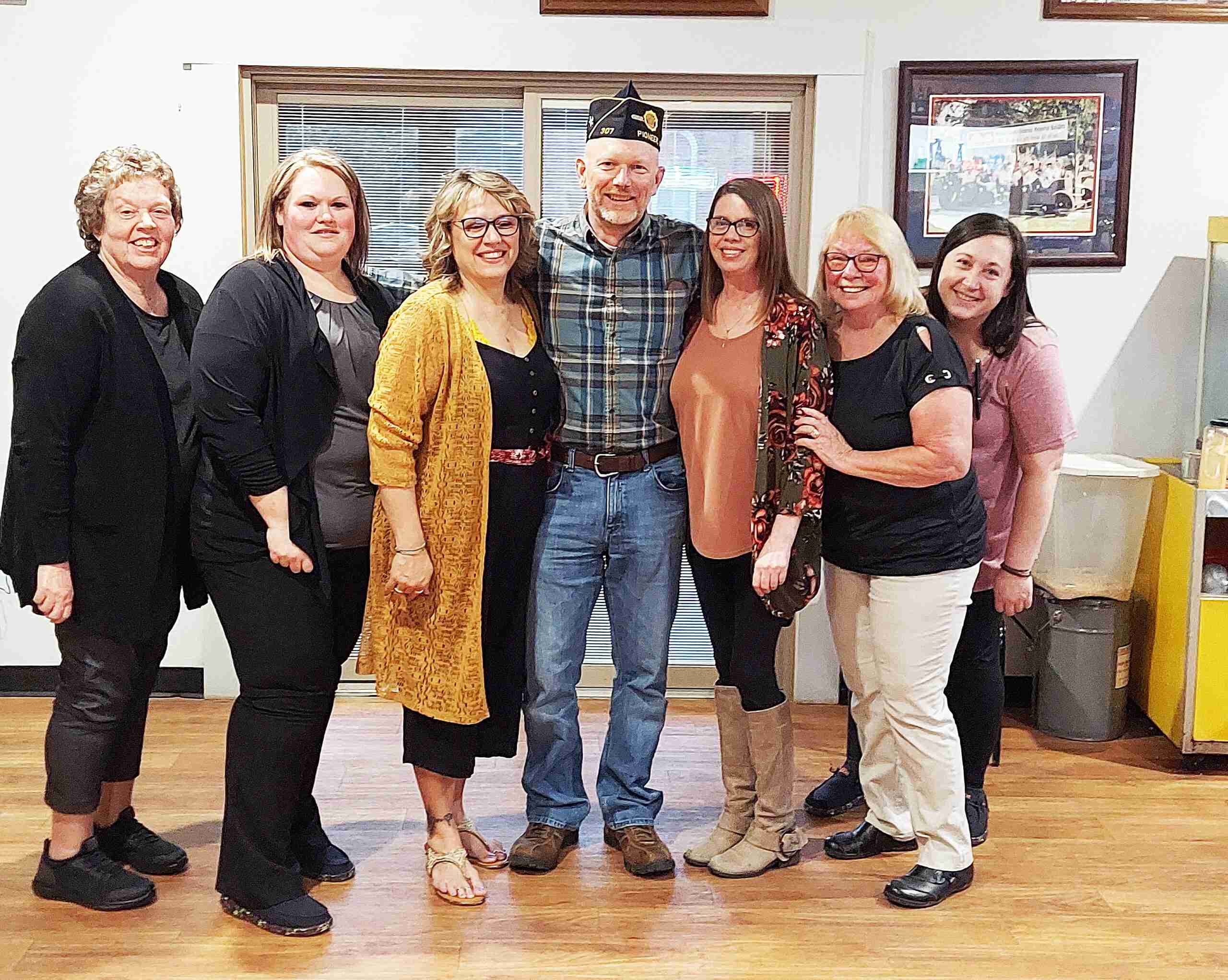 HONORING VETERANS … The American Legion in Pioneer recently held an event for veterans. The event, called Centennial, included a band named Old School that played music from the 40’s and 50’s. The band was part of a dinner for the vets that included chicken, roast beef and potatoes. There was also an award given out, a Henry Golden Boy Rifle, to Bob Walkup, for 25 years of service. In addition, Mari Anne Thompson and Aubree Schmucker were recognized for more than 60 years of service. The next event at American Legion Post 307 will be a Karaoke Night on May 21, at 8 p.m. (PHOTOS PROVIDED)