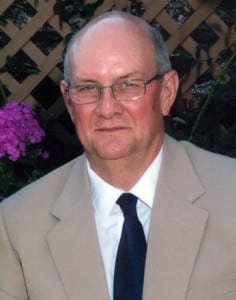 Robert Lee Bertke, 68, of Pioneer passed away Friday evening surrounded by his family at his home. He was born on February 2, 1945, in Celina, Ohio to Ralph F. and Ellen “Annie” (Wenning) Bertke. Robert graduated from Marion Local High School in 1963 and then earned his Mechanical / Drafting degree at Allied School of Mechanical Trades in Chicago, IL. On May 1, 1965, he married Barbara L. Link at St. Francis Catholic Church in Cranberry Praire, Ohio and she survives.

Robert proudly served his country in the United States Army from 1966-1968. He deployed to Vung Tau, Vietnam with the 148th ORD Company from 1967-1968. Since 1983 he was a member of Sacred Heart Catholic Church, and served on the Finance Council. He has been a member of the Pioneer American Legion, Post 307. In 2008 Robert retired as an over the road truck driver. He was the owner of Bertke Trucking in Pioneer; and also worked for several other trucking companies in the area. He was an avid craftsman and carpenter, a man of many talents. He enjoyed hunting and travelling, had travelled to all of the states except Alaska.

He was preceded in death by his parents and one grandchild, John Robert Woenker.

A time to receive friends will be on Tuesday, November 26th from 2-4pm and 5-8pm at the Wilson-Geesey Funeral Home at 335 Empire Street in Montpelier. A Rosary Service will follow at 8pm at the funeral home. A mass will be on Wednesday at 10:30 am at Sacred Heart Catholic Church in Montpelier, with Father Jim Halleron to officiate. Interment of ashes will follow the service at Floral Grove Cemetery in Pioneer, with military rites provided by the Pioneer Veterans. Donations may be made to Community Health Professionals Hospice of Williams County or Masses. Condolences for the family may be left online at www.thethompsonfuneralhome.com