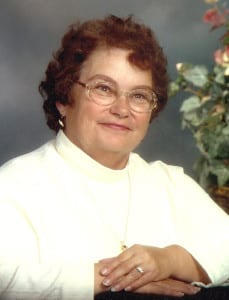 Rosalie F. Haye, age 69, of Stryker, passed away Friday morning, November 22, 2013 at Defiance Area Inpatient Hospice. She, along with her husband, farmed together for many years. After his retirement she continued to work with her son as secretary of the family business.

Visitation will be held on Friday, November 29, 2013 from 2:00 P.M. until 6:00 P.M. at the Evansport United Methodist, where the funeral service will be held at 10:30 A.M. on Saturday, November 30, 2013. Pastor Becky Ploughe will officiate the service. Interment will follow in the Evansport Cemetery. The family requests that memorial contributions be given to Defiance Area Inpatient Hospice or Evansport United Methodist Church Building Fund. Online condolences may be offered to the family at www.grisierfh.com. Grisier Funeral Home in Stryker has been entrusted with arrangements.