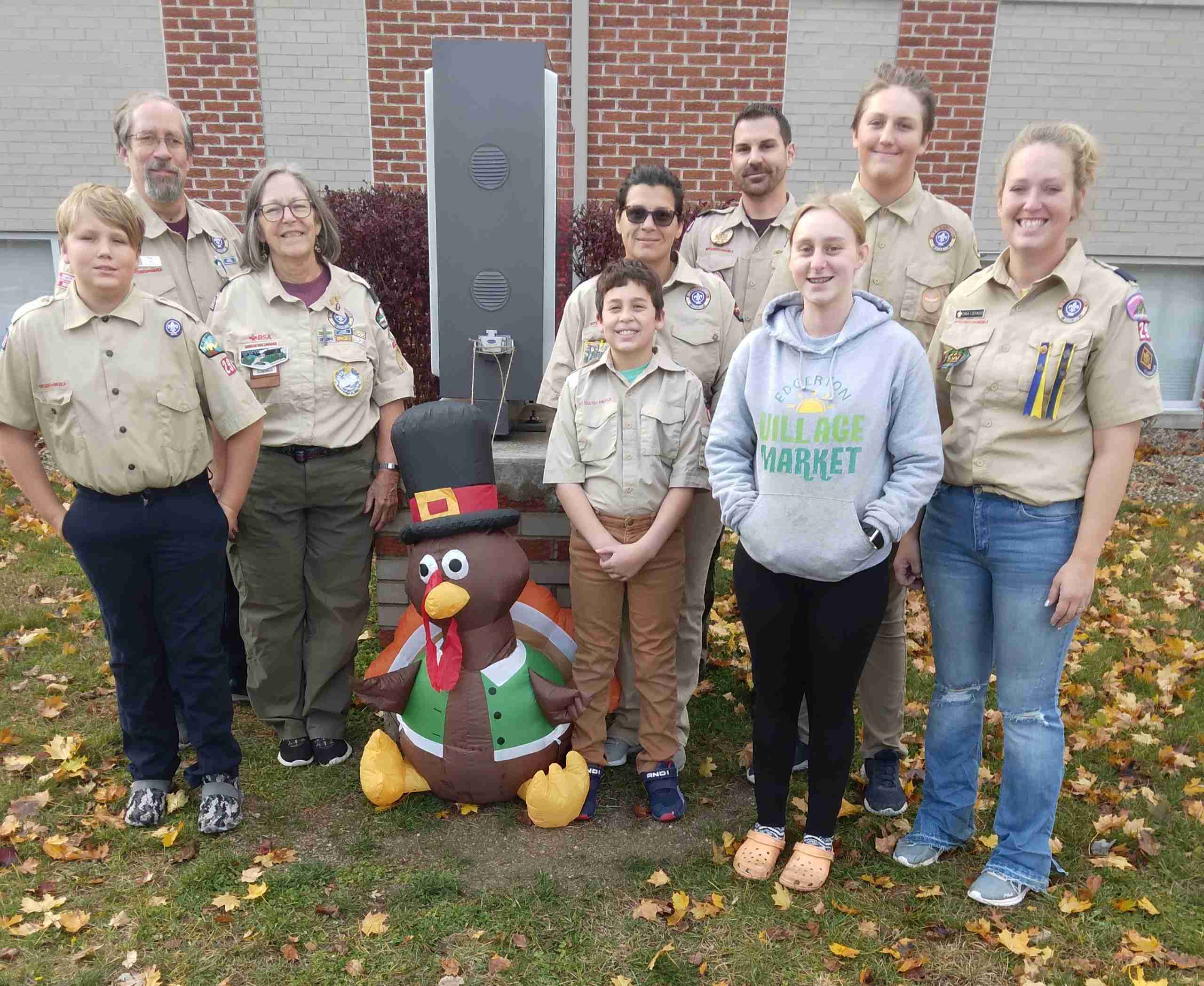 One year ago, with the COVID pandemic locking most everything down, Troop 29 Cubmaster Erika Lockwood of Edgerton still wanted her troop to do something to make a difference in the community. The end result was a Thanksgiving Dinner.

“I wanted to do something around Thanksgiving last year and decided upon a dinner and the kids were on board with the idea right away,” Lockwood said. “But the Scout Council had to approve it first, which they did. Of course, it helps that it’s a delicious meal.”

The meal consists of turkey, mashed potatoes and gravy, rolls, cranberry sauce, and either green beans, or corn. For dessert, instead of trying to do pies, Lockwood came up with something simple, which tastes just as good: homemade pumpkin cookies.

Last year, with the lockdown, the Thanksgiving Dinner consisted of only deliveries and curbside service, at the Scout’s home base, 307 North Michigan Avenue in Edgerton’s United Methodist Church building. There was no cost, except for a donation, or free will offering.

Preparation for this year’s dinner, served on Sunday, November 21 from 5-7 p.m., began with preparing 13 turkeys on Saturday, November 20.Some of the turkeys were donated, the rest came from Gordon’s Foods.

Cooking for the rest of the meal, aside from the cookies which were already made, began around 3 p.m. on Sunday.

This year, with no more lockdown, the dinner was provided for in three ways, curbside service; sit down, in the basement fellowship hall of the Methodist Church and a few deliveries, all within the Edgerton village limits.

A few scouts helped with the cooking, but most of the 15 scouts who volunteered helped with cleanup and curbside service. All told, the meal was a success.

“We served over 125 meals and made just shy of $1,000, to be split between the three scout groups,” Lockwood said.

The leftovers were given to the Bryan Homeless Shelter. According to Lockwood, the Shelter was grateful to receive it. Now the scouts are ready to serve Thanksgiving Dinner again, next year.