STRYKER SCHOOL BOARD: Board Elects Brent Froelich As Board President 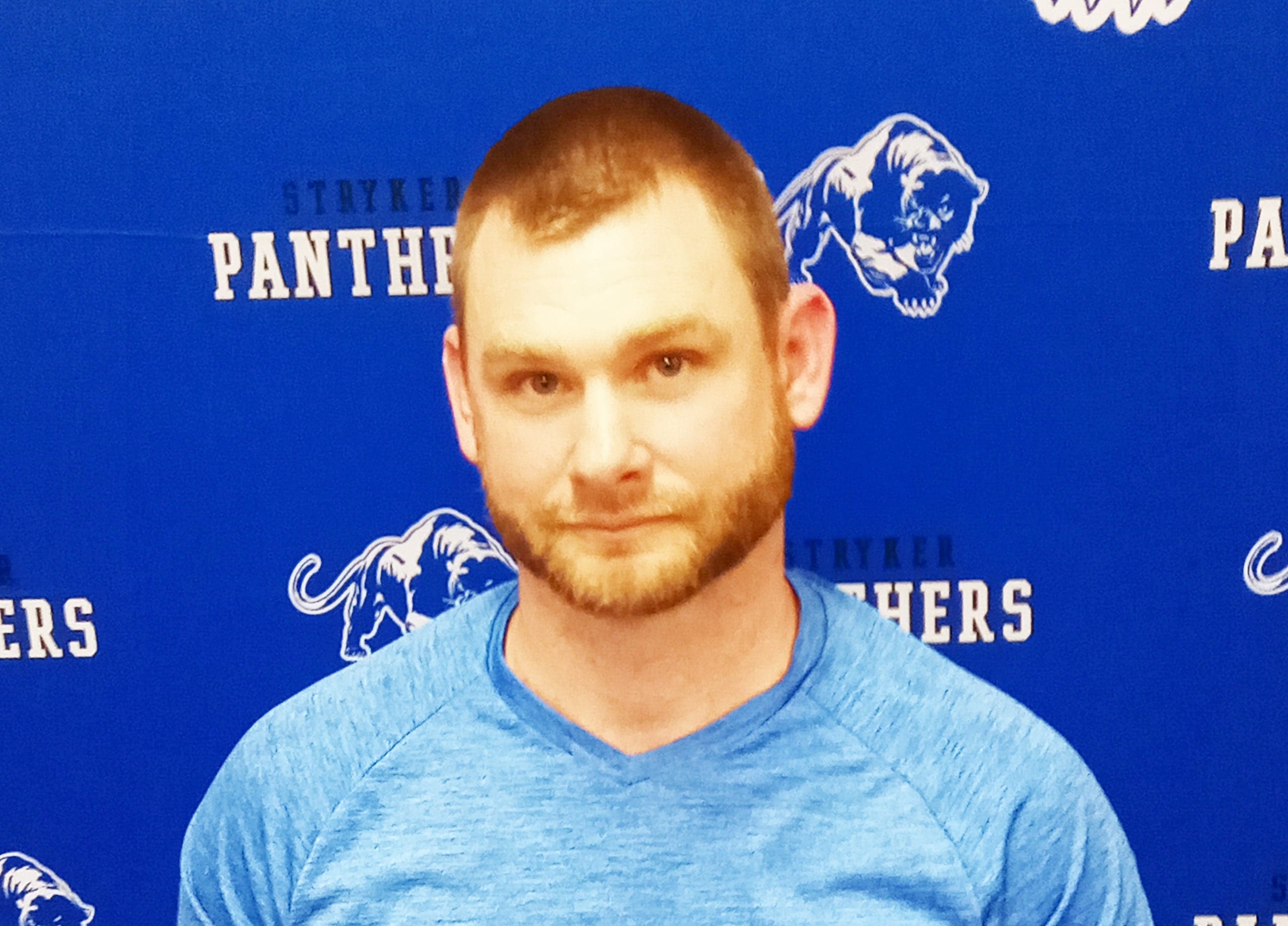 PRESIDENT FOR 2023 … Brent Froelich was elected as the Stryker School Board President during the organizational meeting on January 11. (PHOTO BY DANIEL COOLEY, STAFF)

The Stryker School Board meeting of January 11 began with an organizational meeting. This part of the meeting began first with roll call, followed by the Pledge of Allegiance.

Next, the board agreed upon meeting times for the board meetings for 2023. Those meeting times were set for the third Monday of each month at 5:30 p.m. at the high school meeting room, with the exceptions of February 13 and June 26.

The board then approved of board members serving as the following liaisons/trustees: Froelich for OSBA Legislative liaison; Leupp for OSBA Student Achievement Liaison and Clemens and Hughes for Stryker Schools Foundation Trustees.

That was followed by the board approving of the superintendent appointing board members to the following board committees: Leupp and Froelich for buildings/grounds/transportation; vonSeggern and Hughes for curriiculum/technology/policy; Clemens and vonSeggern for finance and Leupp and Hughes for special events.

Next, the board approved the 2023 board service fund.

The board then approved of the defining authority of the Treasurer/CFO Jill Peters for the following items: pay all bills, provided funds are there; invest funds as appropriate; request advances of local tax revenues; establish workbook, lab and class fees; borrow money, with approval of the board president; apply for and participate in various grants; attend professional meetings; advance/transfer money to funds as necessary, with board approval and sign and approve contracts for services, material, supplies and equipment.

That was followed by the board approving of the following areas of authority granted to the superintendent: the superintendent hiring staff; building usage requests; to serve as purchasing agent; approve professional meetings and reimbursements; serve as sexual harassment officer; apply for and participate in various grants; attend professional meetings; attend all executive session meetings of the Stryker Board of Education; approve or deny dock time requests; sign and approve contracts, agreements for services, material, supplies and equipment and to accept resignations which have been submitted by employees, when the board is not in session.

Next, the board approved Ennis Britton and Newcomer, Shaffer, Spangler and Breininger as legal counsel.

The board then approved of establishing the Bryan Times as the publication for posting Board of Education meetings.

The board then voted to adjourn the organizational part of the meeting.

Next, the board began the regular school board meeting of January 11, with all five board members, Froelich, Leupp, vonSeggern, Hughes and Clemens, in attendance.

In the first order of business, the board approved the agenda for the January 11 regular meeting and of the meeting minutes from the December 12 meeting.

Next, visitor Brittany Appel brought before the board the idea of having a father-daughter and mother-son dances.

Members of the board said that they used to have those types of dances, but they stopped because of COVID.

Several stated that Appel’s requests were a good idea. But no action was taken at this time.

Beth Morr then gave the dean of students report. Morr stated that the school spelling bee for grades 5-8 was won by Michael Damms and Aaron Cheeseman took the runner-up spot.

Both will participate in the all-county spelling bee on February 24 at 7:30, which will be hosted by Stryker.

Morr reported that Spirit Week will be the week of January 16 and there will be no school for students on that date, because of Teacher PD Day.

In addition, archery season has started, preschool staff training will take place on January 23 (no preschool that day) and Jet visits the library on January 25, at 3:15.

Also, there is a Teacher in Service day on January 16, so there will be no school that day.

In addition, Battle of the Classes will take place in the morning on January 20, which will wrap up Spirit Week.

In other news of the principal’s report, Karuna House will be held from 10-3 on January 27, the third nine weeks midterm will take place on February 1, the all-county band choir show will be held at North Central on February 19 at 2:00 and there will be no school on President’s Day on February 20.

The next scheduled board meeting will take place on February 13.