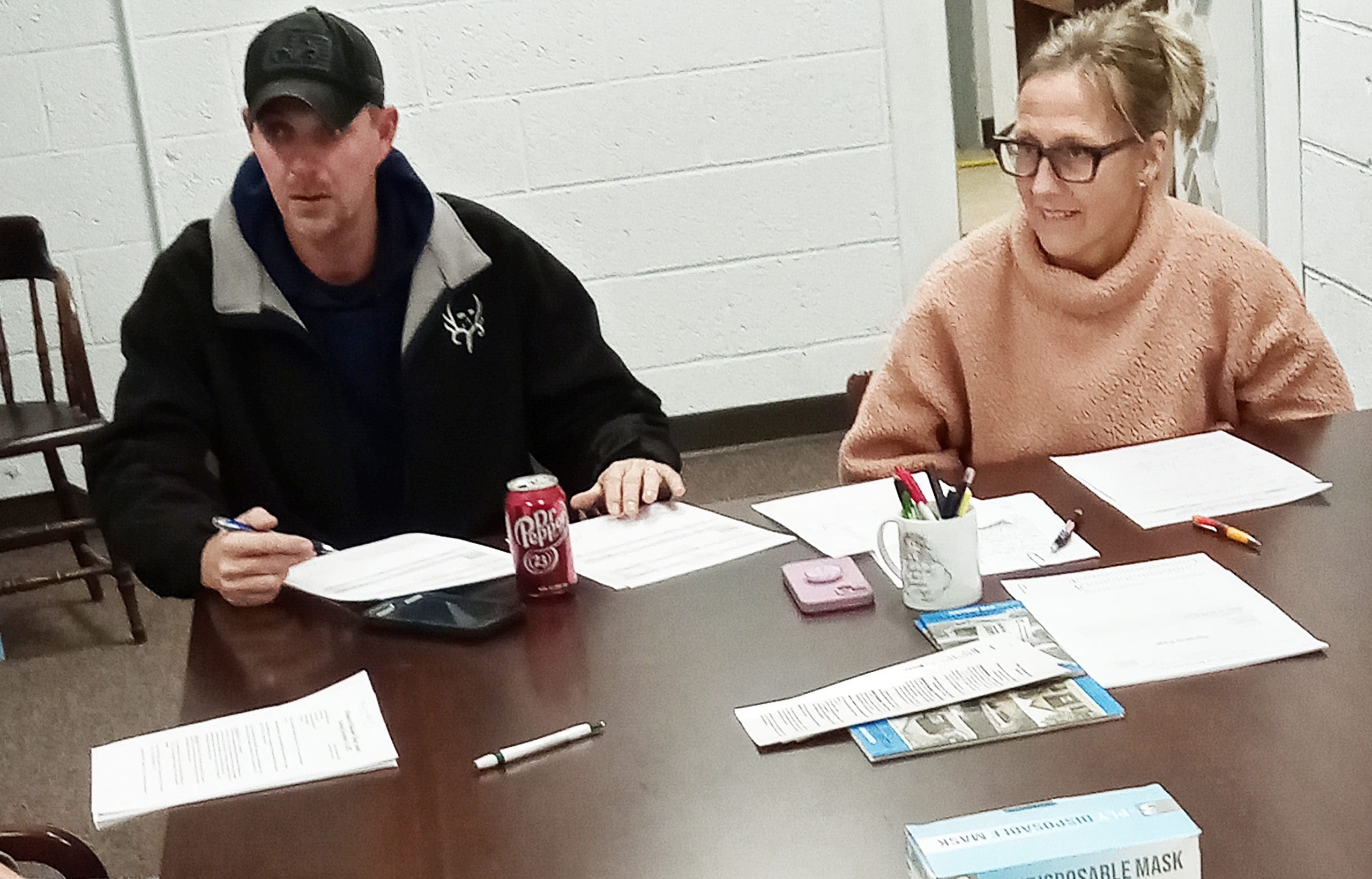 The meeting was also Cody Reynolds’ first council meeting as mayor. Reynolds took over the mayoral position on January 1, 2023.

Also in attendance were two visitors, Dar Thiel and Shelley Cox. Both were on hand to observe the meeting as potential council members.

First, council approved the meeting minutes from the December 14 meeting.

With four council members present, Fiscal Officer Courtny Osborn said that she will check the rules to see if four members is enough for a quorum.

Blakeslee Village Council approved the resolution, which opposes AquaBounty. Osborn stated that she emailed the public records to Wehrle.

Osborn stated that the reason that payments was so high was because of a payment made for the insurance premium.

But after discussing the matter, no action was taken on the idea for more lighting. Council decided that there is adequate lighting on Main Street.

In the police report, Mayor Reynolds stated that Police Chief Randy Mohre is looking into getting a grant in order to attain an electronic speed limit sign, similar to the one that the Village of Edon has.

In legislative matters, Osborn said that both a new council member and the council president will be voted on at the next meeting, to take place on February 9.

Council has until the end of February to fill the council vacancy of Reynolds, who left his council seat to take over the mayoral position.

Next, council approved the request that council members get paid once per year.