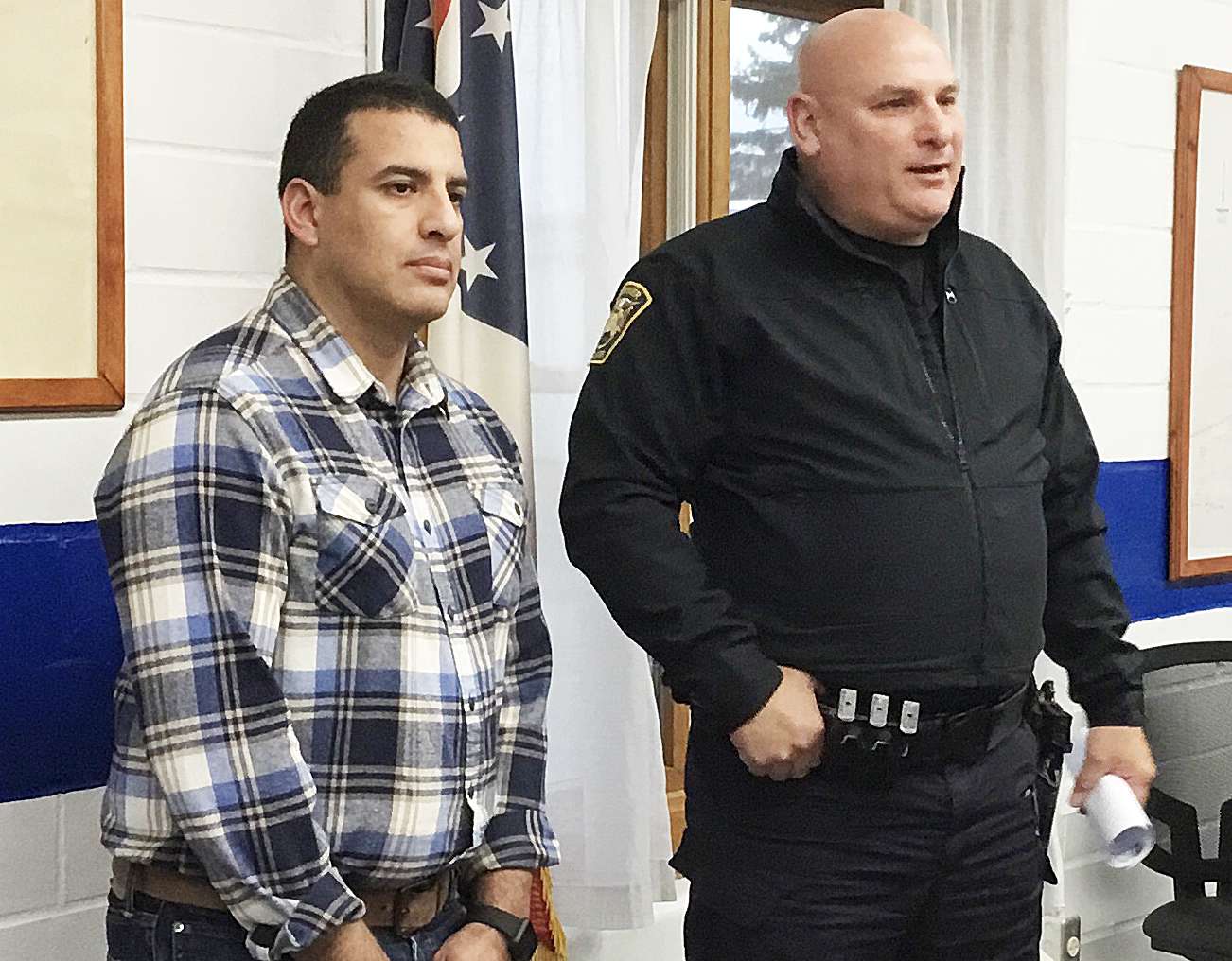 MOVING ON … Sergeant Steve Mendez said his goodbyes to council at the October 24, 2022 Stryker Council meeting. Seen here, Police Chief Steve Schlosser was sharing how Mendez will be missed as he has been on the force for 21 years. (PHOTO BY REBECCA MILLER, STAFF)

As a part of the October 24, 2022 Stryker Village Council meeting, Police Chief Steve Schlosser had Sergeant Steve Mendez present with him.