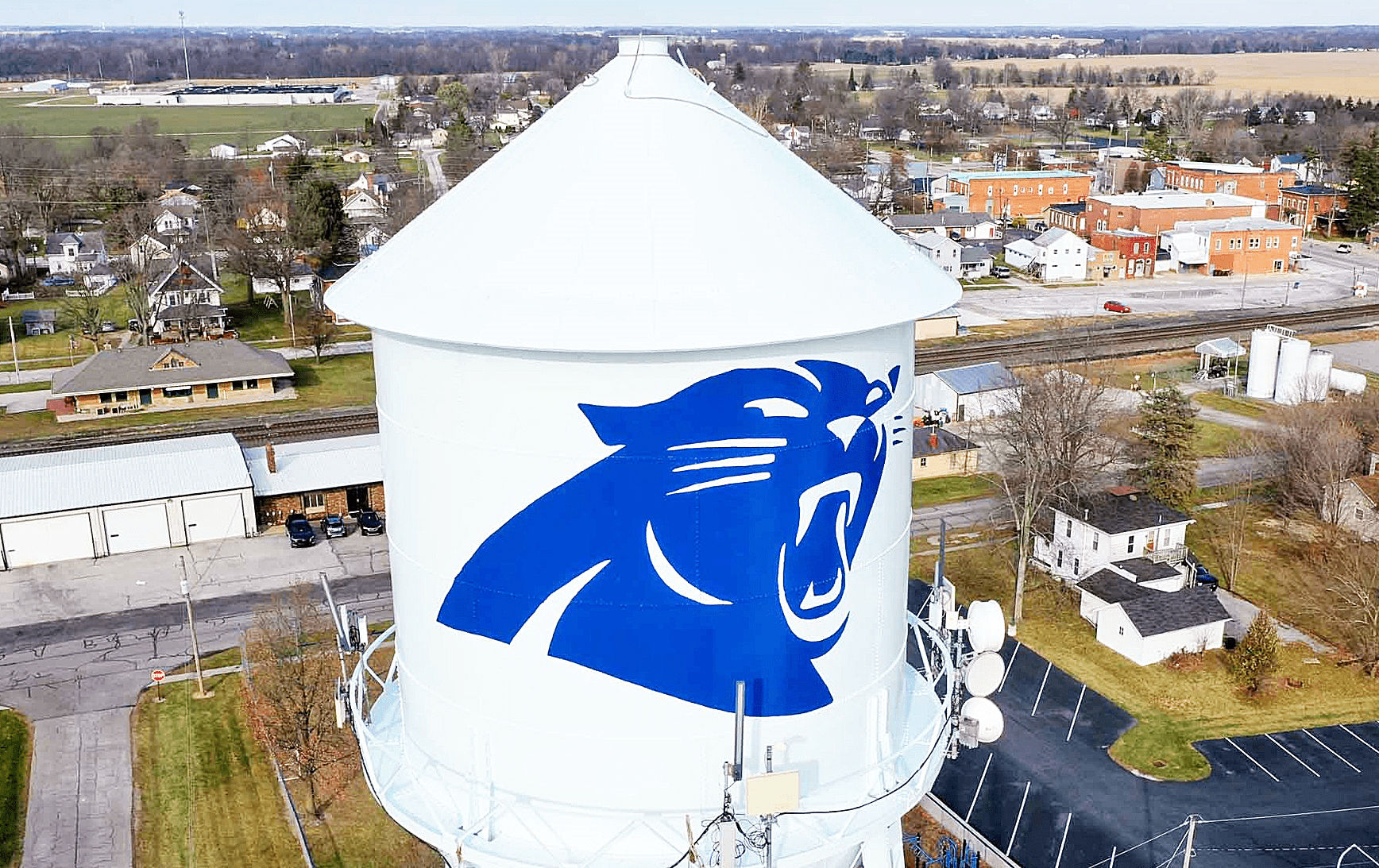 FRESH PAINT … A large Blood Blue Panther was painted on the updated Stryker Water Tower in support of the Stryker school colors. The tower was painted during the second week of November by M. W. Cole Construction. (PHOTO BY WILLIAMS AERIAL MEDIA)

The Village of Stryker has seen numerous changes on their water tower over the past two months.

Upgrades on the tower began September 7 and are projected to take a few more weeks.

Construction on the tower began by replacing and fixing the old, outdated steel and metal.

All the old paint had to be removed to bare metal, which ended up increasing the cost.

As new material was put on it began time to paint. To honor the Stryker school’s logo and colors, a large Blood Blue Panther was painted on the side of the tower.

The cold weather has made the project slow down slightly by not allowing the paint to cure correctly due to temperatures.

Lettering was mis-painted on the tower and is in the process of being corrected.

Also needed to complete the project is reinstalling the fence as it was removed for easier access.

After putting the fence back, it will be ready for disinfection and filling.

Unlike other towers in the area, the Stryker tower still has the old unique style roof, as it was built in 1936.

With a total cost of $401,000.00 for the repairs and updates, Administrator Alan Riegsecker shared, “Thanks to the village council and mayor for being fiscally responsible to rehabilitate the tower instead of replacing it for a third of the cost of replacement.”

Riegsecker also shared, “I would like to thank council member Vicki Cameron for the design of the panther which is painted on the side of the tower.”