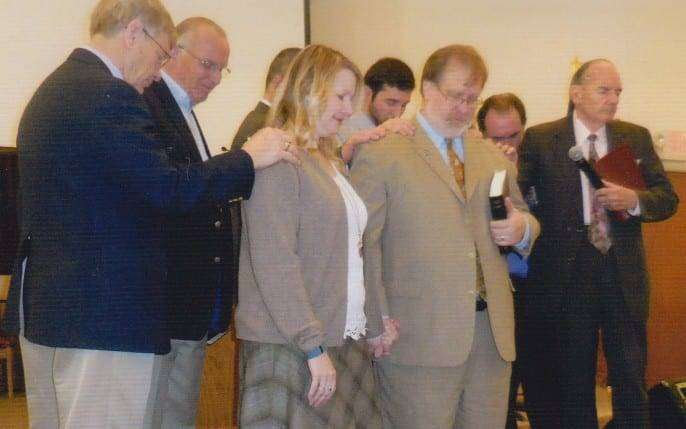 After examination by nearly twenty pastors regarding his testimony and doctrinal beliefs, Pastor Sean Ingram was approved to be ordained to the Gospel Ministry by First Baptist Church of Stryker, Ohio.

That special service was held on January 17th with many o the Ingram’s family and friends in attendance to share in the joy with the church family. Pastor Sean, as he likes to be known, was given a Certificate of Ordination, a cash gift toward the purchase of more books, and was blessed by the ceremony of Laying on of Hands, symbolizing the approval and support of the church.

Pastor Ingram began his ministry in Stryker in October 2014, following the retirement of the former pastor Daniel Douglass, who had been there for thirty-one years. Pastor Douglass has been named Pastor Emeritus and works along with Pastor Ingram in visitation.