Swanton Lions Help Out Santa With The Giving Tree 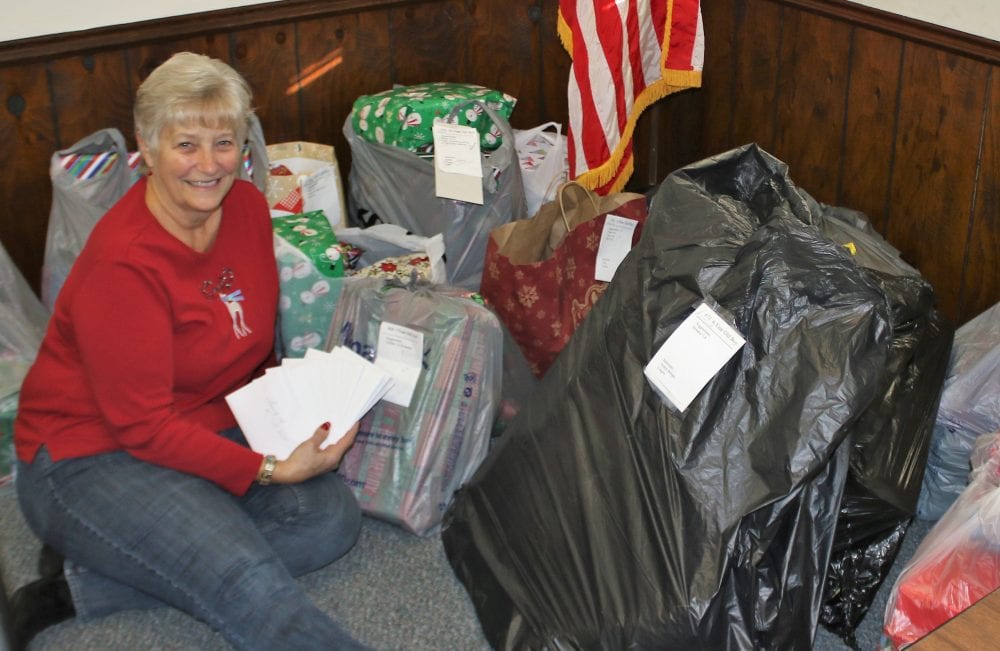 The Christmas holiday season is, among other things, a time for giving gifts, especially to children. Nothing warms the heart so completely as seeing the smile on a child’s face when they open gifts Santa Claus left under their tree the night before. Unfortunately, there are some families in the Swanton area that do not have the financial resourses to buy their children the gifts they want or, very often, the gifts they need. That’s where the Swanton Lions come in and do what they do best, serve their community.

The Lions have been involved in the Giving Tree, a community outreach program that provides gifts to children in families of need, since their inception in 2009. More specifically, it has been the Lions’ wife and husband team of Carolyn and Joe Kahl that have led the effort to ensure that all Swanton families have a Merry Christmas. It is an effort that requires a lot of planning, a lot of leg work and a lot of kind-hearted and generous people which Swanton always seems to have in abundance.

Carolyn begins this project by collecting names of families who need help and what the ages and gender are of the children. “I have a source and I cannot reveal my source that provide me with families they know are in need from their contact with them,” explained Carolyn. “I call each family and find out what their needs are, what the children want and we try and provide that. A lot of requests this year were for underwear and socks. Pajamas was a big one too.”

This year the list included 56 families and 140 children. “We even had grandparents on the list who are on fixed incomes and probably didn’t expect to be raising children at their age,” said Carolyn. While the numbers might seem high they are actually down from just two years ago when there were over 200 children on the list. Once the needs were identified Giving Trees were place in five high-traffic Swanton locations.

Each Tree had an age and a gender with a list of items needed and people were able to take a list, shop for the items and return them to that location. Some people donated money and Carolyn went shopping to fill all the requests. At one store she purchased so much it took her an hour and a half just to check out. After all the gift were collected they were taken to the Village’s Council room where a small army of Lion and Leo volunteers wrapped everything in just one day.

Several days after the wrapping session parents came to the Council room and picked up the gifts for their children. Those who were not able to make the designated time had their gifts delivered by Carolyn and Joe. All families received several Kroger gift cards as well. The Giving Tree was an enormous effort that was months in the making and because of it there will be a lot more smiles in Swanton on Christmas morning.