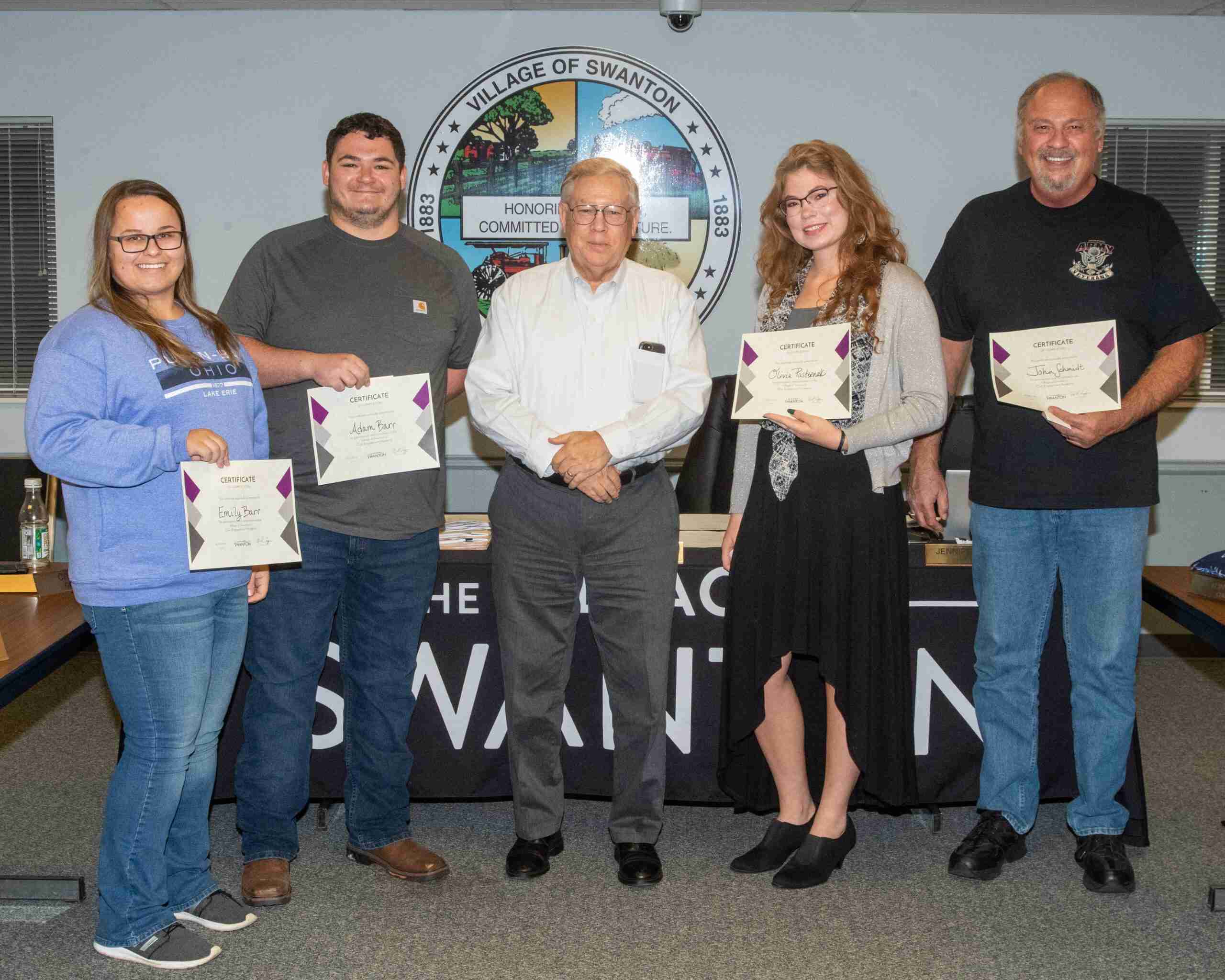 The Swanton Village Council held their meeting on Tuesday, October 12th. The meeting was called to order at 6:47 p.m. followed by a prayer and the Pledge of Allegiance.

Roll call then took place with council members Kathy Kreuz and David Pilliod being absent. Council then moved to approve the agenda as presented as well as the minutes from the September 27th meeting and the Special Finance Committee Meeting on October 4th.

Next, council moved to hear committee reports. For the finance committee, revision of finance documents took place during the previous meeting.

A motion was made which passed to approve the documents as presented. Discussion then took place regarding the October 4th Finance Meeting.

During that meeting, the consolidation of fees was discussed as well as compensation and the updating of local fiscal recovery funds.

Mayor Toeppe then issued a proclamation for Red Ribbon Week. Red Ribbon Week is put on by the National Family Partnership that pushes for a drug free future.

This year the theme is drug free looks like me. Red Ribbon week takes place during October 23rd through October 31st. The proclamation was presented to members of SACC.

Participants of the Swanton Village Civic Engagement Academy were then called up and introduced. For seven weeks, the seven participants learned about general government structure to governmental accounting to how water and wastewater is treated to tours of the various facilities. The participants heard from all Division Heads regarding their respective services.

In old business, council held the Third Reading for an Ordinance to amend Chapter 51 Sewers of the Codified Ordinance. A motion was made to approve the ordinance which passed.

Next, was the Third Reading for an Ordinance to amend Chapter 54 Storm Water Utility of the codified ordinance. A motion was made to approve the ordinance which passed.

Finally, a Second Reading for an Ordinance to Authorize the Village Administrator to enter into a Fisheries Agreement with the Ohio Department of Natural Resources was held. A motion was made to approve the ordinance which passed.

In new business, council moved to approve the following ordinances. First was a First Reading of an Ordinance to amend Ordinance 2021-20 establishing Swanton Village employee schedule for the Swanton Police Division for 2022-2025.

Next, was a First Reading for an Ordinance assenting to the detachment of property. The First Reading for another Ordinance then followed regarding the notification of the Fulton and Lucas County Auditors that the One Tax Levy Passed Specifically for Fire Protection and shall not be collected for the five-year term as specified in the ballot language unless this ordinance is repealed during said term.

Next, was another First Reading for an Ordinance dedicating the unimproved portion of Hickory Street in the Village of Swanton.

Council then moved to hear a report from the Village Administrator. The tree council has received late entries for tree placements and has requested that council move to approve those requests. A motion was made to approve the requests which was approved.

The planning commissions met last week and discussed a digital sign at the Swanton High School. The base would stay the same, but the sign will be switched to digital. Nine water shut offs took place last week and the senior centers last day at their current location is October 31st.

Brush pickup is still taking place but is going slower due to the chipper still being out of commission. Multiple projects are currently underway, and the membrane project is still on track to advertise and receive bids.

The phase two process for the meter updates is still underway with only 44 meters left. VFW is still being worked with regarding parking and Crestwood has underperformed with the number of applications received.

Confidence is still high that Hallett Avenue will still receive funding to perform the work needed. Five applications have been received for the sidewalk improvement project and the design is complete, with some updates still needed, for the welcome guide.

Moving on to personnel, Mr. Harrison from the Fire Department submitted his resignation. A motion was made to accept the resignation which passed.

Council then moved to enter Executive Session to discuss public employment at 7:13 p.m. before later adjourning for the evening.