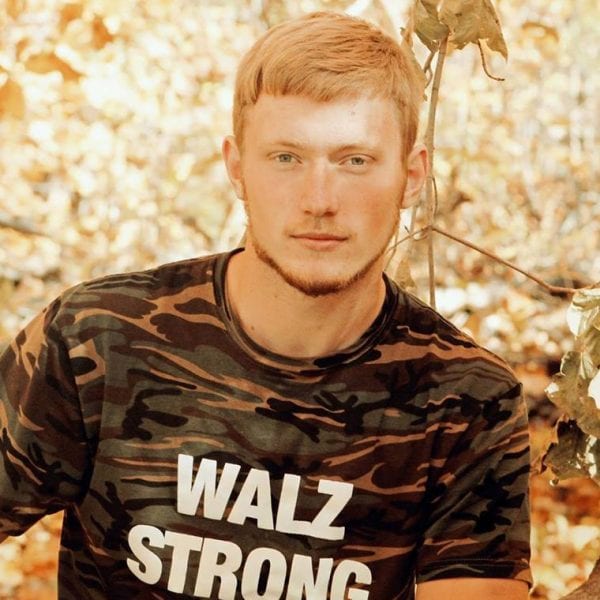 Trey Daniel Walz, age 18, of Bryan, Ohio, died at 10:00 A.M. on Saturday, October 22, 2016, in flight to Parkview Regional Medical Center in Fort Wayne, Indiana. Trey was a 2016 graduate of Edon High School, where he played football, basketball and baseball. He was active with Boy Scout Troop #74 in Edon, where he earned the rank of Eagle Scout and orchestrated restoration of the Happy Holiday Lights at Walz Park in Edon for his service project. He was currently employed at Allied Moulded in Bryan. Trey had the biggest, most giving heart and he enjoyed making people laugh with his great sense of humor. His spirit will live on in others through his generous gift to the Indiana Donor Network.

Survivors include his mother, Rhonda, of Bryan; his siblings, Holly Hinchcliff, of Paulding, Ohio, Kelsey (Alex) Ayers, of Hicksville, Ohio, Casey (Chris) Hathaway, of Antwerp, Ohio, Korey (Angie) Walz, of Hicksville, and Kyley (Alan) Maynard, of Antwerp; fourteen nephews and nieces; and his grandparents, Bob and Elinor Walz, of Edon, Wanda Grant, of Kalida, Ohio, and Troy and Juanita Grant, of Defiance, Ohio. He was preceded in death by his father, Kevin Walz, in 2014.

Services celebrating the life of Trey Daniel Walz will be held on Saturday, October 29, 2016, at 10:30 A.M. at Life Changing Realities Fellowship in Edgerton with Pastor Byron Adams officiating. Visitation will be held on Friday, October 28, 2016, from 2:00-8:00 P.M. in the Krill Funeral Home, 860 West Mulberry Street, Bryan. Private interment will take place in Edon Cemetery.

Memorials are requested to the American Foundation for Suicide Prevention at www.afsp.org.