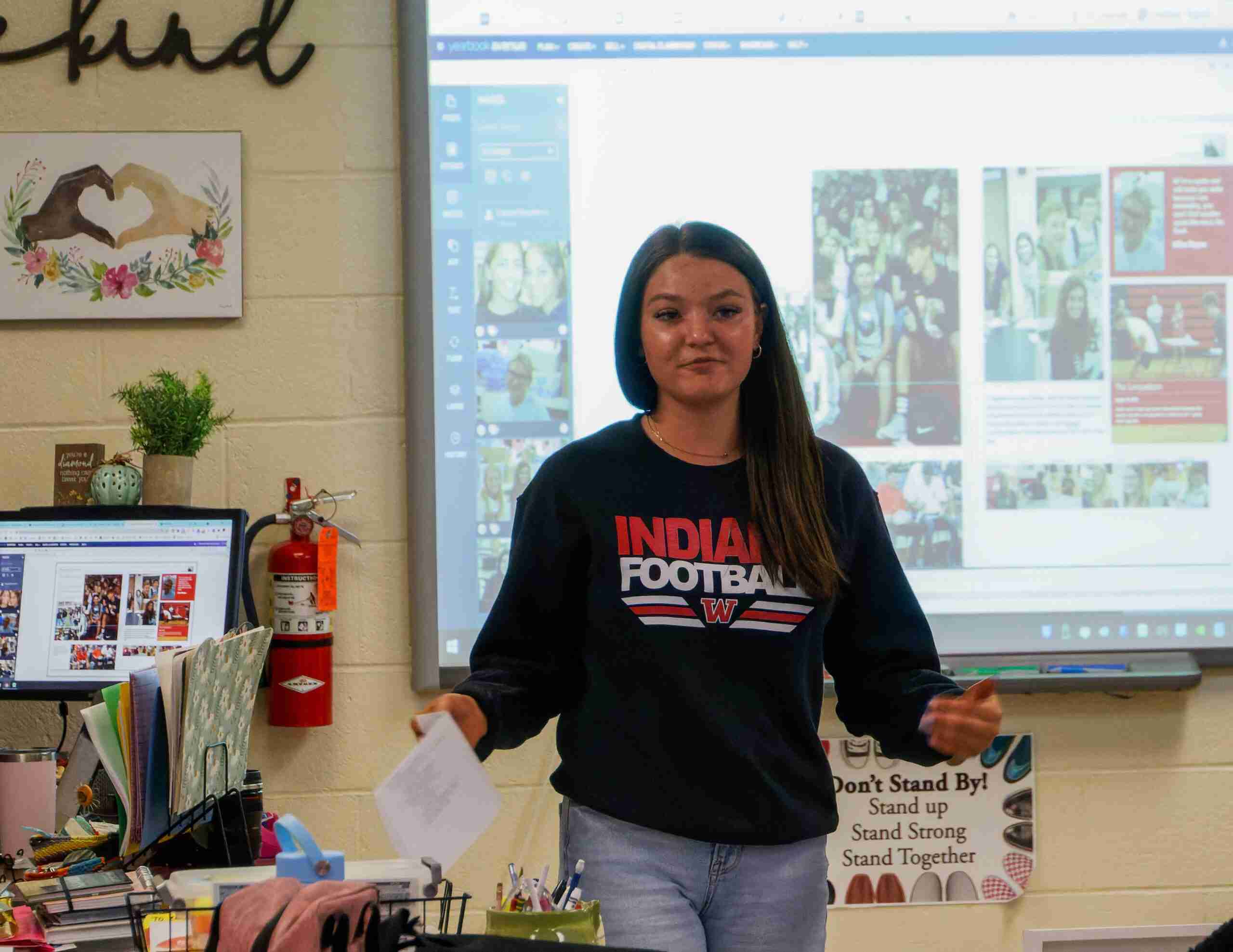 STUDENT PRESENTATION … Students gave a presentation about all of the work that goes into creating the school’s yearbook. (PHOTO BY JACOB KESSLER, STAFF)

The Wauseon School Board held their meeting on Friday, September 10th in the High School Library. The meeting was called to order at 1:06 p.m. followed by roll call and the Pledge of Allegiance.

An addition to the agenda was made regarding a recently turned in resignation. One person was transferring positions in food service but has resigned instead. The agenda was then approved by the board with amendments made.

A motion was then made and approved for the previous meetings minutes followed by the hearing of public concerns. With no one present to speak, the meeting moved on to hear from the new School Resource Officer.

Officer Oehlers has been in the school since the beginning of the year and has been enjoying his time thus far. He spoke about some of his family and experiences with children and how much he is looking forward to working with all of them.

The board then heard an administrative report given from the High School Principal Mr. Keith Leatherman. Mr. Leatherman invited everyone to a classroom where students gave a presentation on the work they are doing for the yearbook.

Several students discussed topics from the previous yearbook, ad sales, the software used to create the yearbook, and how it is all organized. Board Members were then invited to ask any questions that they may have.

Following the presentation, the board members then re-entered the library to continue with the meeting where they voted to approve the administrative report.

A discussion then took place regarding a boiler that is out at the middle school, A motion was made and approved for a bid waiver to purchase a new boiler.

The cost for a new boiler 6 months prior was $25,000 but now it is around $50,000 according to the Financial Director. The boiler however must be replaced in order to provide heat in the coming winter.

The Superintendent’s Report then followed with personnel being first on the agenda. Numerous items were on the personnel agenda including contracts, transfers and resignations.

The personnel report was then approved by the board. Lastly the board voted to approve an agreement with the Northwest Ohio Juvenile Detention and Rehabilitation Center at a rate of $79 per day, per student.

The board then entered into executive session at 1:51 p.m. before adjourning for the afternoon.