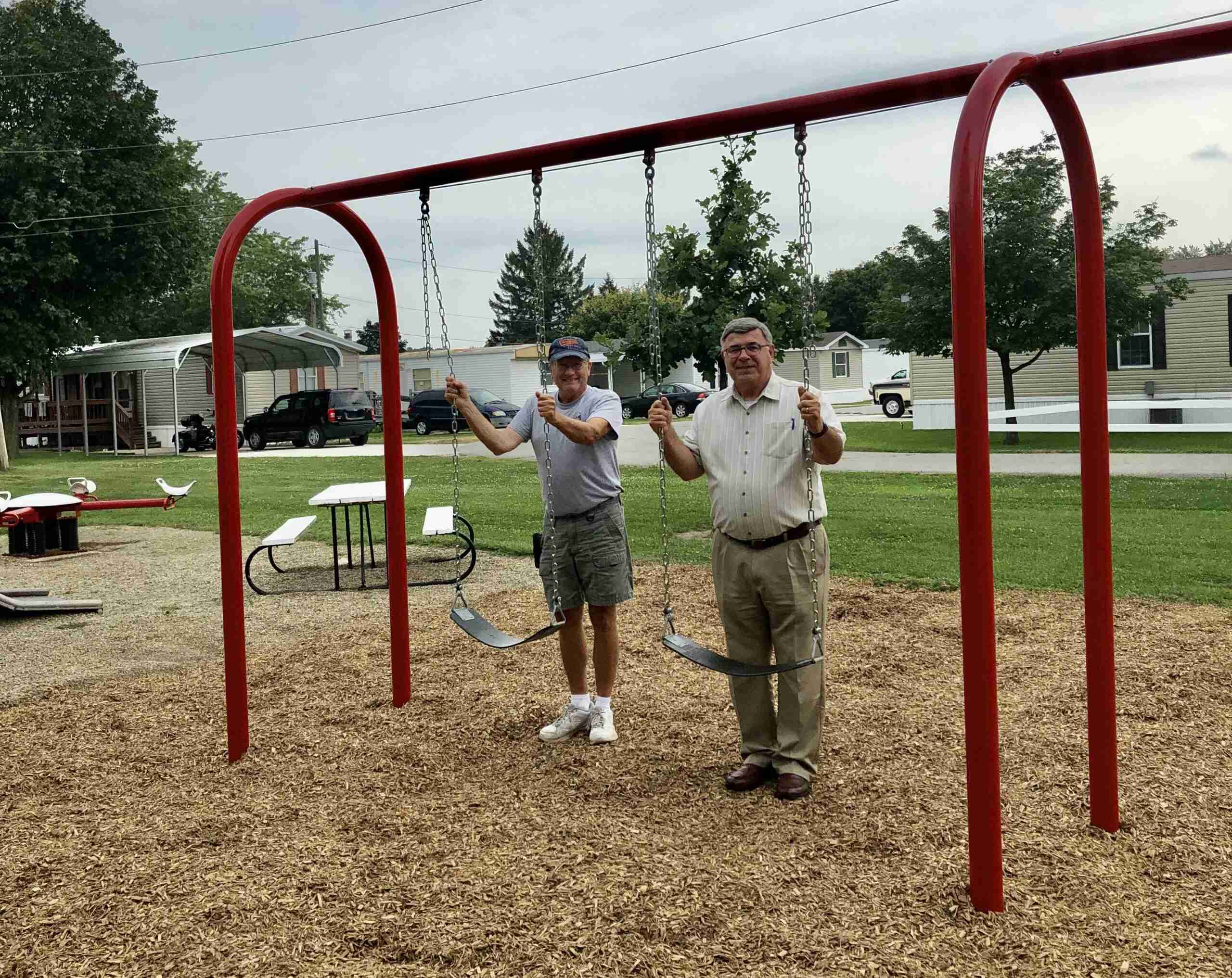 After the prayer, Pledge of Allegiance, passage of bills and minutes from the last meeting, West Unity Village Council held a lengthy discussion concerning a specific piece of legislation.

His reason for wanting to hold off on the vote was to allow him to make some corrections before sending off letters to everyone in surrounding area that explain it.

Fritsch said he wants to add the terminology, “It has to have a Building Permit to be considered for the CRA,” and he questioned the amount of money ($2500) the community listed as a limit.

He said that many communities are going with “at least $5000” has to be spent on a home remodeling project in order for it to be eligible.

Following a lengthy discussion in which council members and Mayor Don Leu weighed in with their thoughts, knowledge and opinions, all leaning in the same direction, it was agreed that for the benefit of the community home owners, they would wait to vote on that resolution. They asked Fritsch to go ahead and get the clarifications needed and bring it back to them.

Other Resolutions and Ordinances discussed and approved were:

In his Administrator’s Report, Fritsch informed council that: a new fire hydrant has been installed at 313 South Defiance St.; he and Village Solicitor Katie Rakes are still working on the Turnpike Contract; the Summer Food Program went well and has ended for the year; No Bids came in for the next waterline project so he was able to use that to apply for the unexpected Grant opportunity mentioned in Resolution 2021-14; New swing set is all set up at the northeast park; and he is working on the $100,000 Capital Improvement Award, checking to see if it can be used on a Splash Pad or not.

Police Chief J.R. Jones explained Resolution 08-2021-16, clarifying that there are no changes in the amount of money being paid out, it is just a change in who is getting the money.

As Officer Thomas Ehman has moved from Full-time to Part-time and two other officers have been hired, the money is moving to cover all of those positions.

The new officer is Brayden Gorsuch, who will be 2nd Patrolman, and Robert Smith, Jr. has moved to the position of Full-Time Patrolman, 1st Patrolman.

Jones also reported that the School Resource Officer contract verbiage was the same with just a change in the dates.

Sarah Higdon, Village Clerk, reported that the village received the first half of the American Rescue Act money. She also scheduled a Finance Committee meeting with members for August 26, 2021 at 6:30.

Mayor Leu mentioned that community members and businesses are welcome to start signing up for their Christmas Light Display. They should stop by the village office and choose the spot they would like to have.

Council members all thanked the village staff for their good work and commended them for it. Council member Terri Lebowsky said that a few residents are asking her about Zone Enforcement in West Unity.

She mentioned Bryan’s Zone Enforcer who checks on people’s yards and they were wondering if West Unity could do that. Chief Jones answered that he and Fritsch are responsible for that as a restriction was recently lifted that was stopping them from doing it.

Now they will be able to check up on unlicensed vehicles and such and have residents get them cleared away.

With no further business the meeting adjourned.