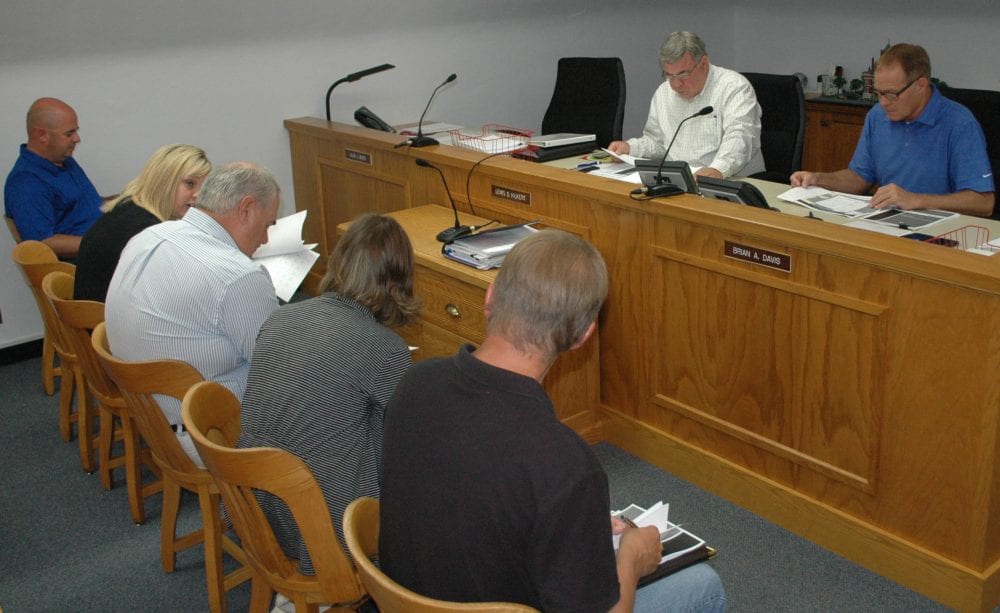 If Williams County can get the money from the state, several blighted homes could be demolished by March.

That’s what would happen under the auspices of the Land Reutilization Corporation, a new entity established to seek state funding to raze homes that are in disrepair and delinquent in on property taxes. The group officially formed in early August and met Aug. 29 to discuss getting its application in before the Sept. 2 deadline.

The board met Monday morning in the commissioners’ chambers to discuss the application. The county must submit its application for the grant by Sept. 2, however Grimm is confident the document can be submitted by Aug. 31.

At stake is a $500,000 grant to help pay for demolition for counties seeking to form a Land Bank for the first time. The county can receive an additional $25,000 per house up to four homes put into a pipeline.

The county will not release the addresses of the homes in question because it has not received any money for demolition.

The homes in the pipeline will be demolished by March. After three years of greening up the space, the lots will be offered free to neighbors. If two neighbors want it, the one with a development plan, such as a garage would get it.

Lots could be given to Habitat for Humanity.

To determine which homes will be put in the pipeline, the LRC will choose from seven target areas of at least two homes. These homes must meet the criteria.

One snag has come up, a house in Bryan has been ordered torn down by a judge. The house could qualify to be one of the pipeline homes, but the court order would have to be extended.

The Edgerton Area doesn’t qualify since there’s only one home listed. A target area needs at least two houses.

Other homes that could qualify for the list are still occupied and some have owners who are making payments on the back taxes.

The LRC needs the county commissioners to approve up to $65,000 for a budget. That shouldn’t be a problem, County Board President Brian Davis said, since a budget is for future costs.

The LRC will wait on further action until it hears about the grant sometime in October.

Be the first to comment on "Williams County Agency Seeks Grant To Raze Homes In Disrepair, Far Behind On Property Taxes"