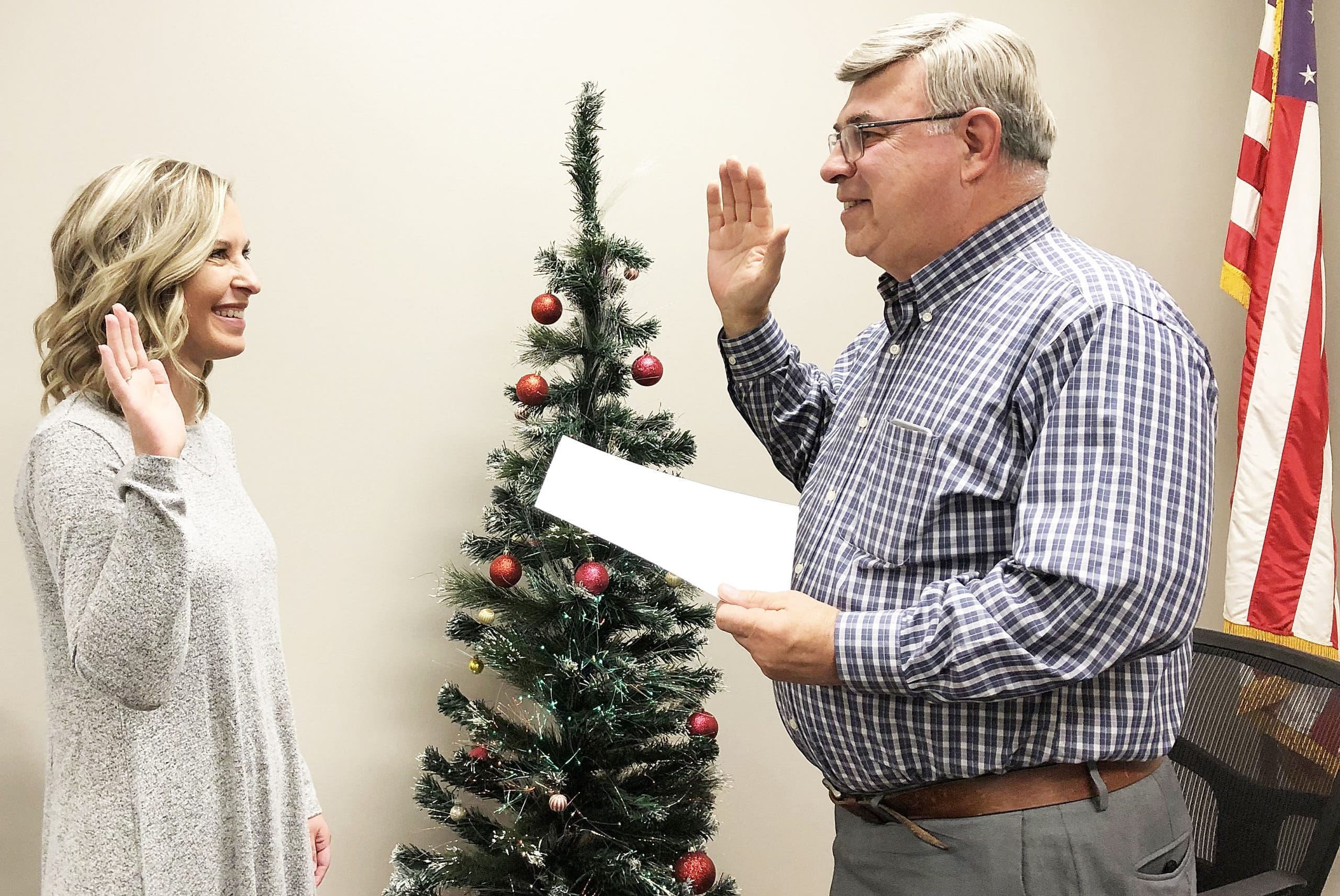 During regular session on December 15, 2022, the Williams County Commissioners approved the following items:

Roth explained that he was not asking for any action on this day, but just wanted to make sure the commissioners understand the Permissive Tax in regards to a fourth license plate fee which the commissioners are allowed to approve.

He shared the following points. In 2017 House Bill 26 went through which allows a fourth license plate fee to be added for the county, through legislation by the commissioners.

A number of counties have adopted it and he is hoping that after they have full understanding, they will also pass it for Williams County as the gas tax is just not covering all it used to cover.

“Gas tax was increased,” Roth said, “but consumption considerable decreased. Now gas prices are higher so we are looking at a reduction in revenue again.”

Roth handed out copies of a specific section of the revised code that shows that this permissive tax may be approved and another handout which was a copy of a section in the Commissioners Handbook that talks about permissive tax.

“Those two are the first two of the $5 license plate fees, out of the four allowed,” he explained.

There was a third one allowed that was never acted on by Williams County and then the fourth one which he was presenting that day.

He was not sure but thought that possibly some of that $5 fee is being shared with municipalities or townships.

It was determined that if they put this fourth option into place, it would generate around $195,000 a year which they all agreed would not do much, but “every little bit helps.”

Roth said that it costs that amount to pave about a mile and a half of one road, but this amount would not be shared and would be helpful. It could also cover a number of miles of chip seal.

Roth said that he is looking for any way to raise revenue for his department as they are locked in to do projects which are “going to leave me $680,000 short.”

He went on to say that they do keep a carryover of about 2 million dollars but he is going to have to dip into that now, as they are so in the red.

After some further discussion, Commissioner Lew Hilkert thanked him for the update and they agreed to discuss more about it before he brings an actual request for approval.

The third portion of the meeting saw a group of Port Authority members filing in to fill the row of seats in front of the commissioners.

Dave Newcomer said that before they went into executive session to discuss the possible purchase of property, he wanted to give the commissioners an update on what had been discussed at the Port Authority meeting on the night before (December 14).

Newcomer shared his update from the previous night’s meeting and then a motion was made to go into executive session for the purchase or sale of property.

Coming out of executive sessisson, Hilkert asked Stacy Lillard to come forward to be sworn in for the Port Authority Board.

Lillard replaces Bart Westfall who had stepped down from the Port Authority during the December 14 meeting, in order to take his seat as Williams County Commissioner in January 2023.

Lillard, who is in real estate, is very excited to join the Port Authority to help with their big plans.

There was no further action or business, so they adjourned for the day.