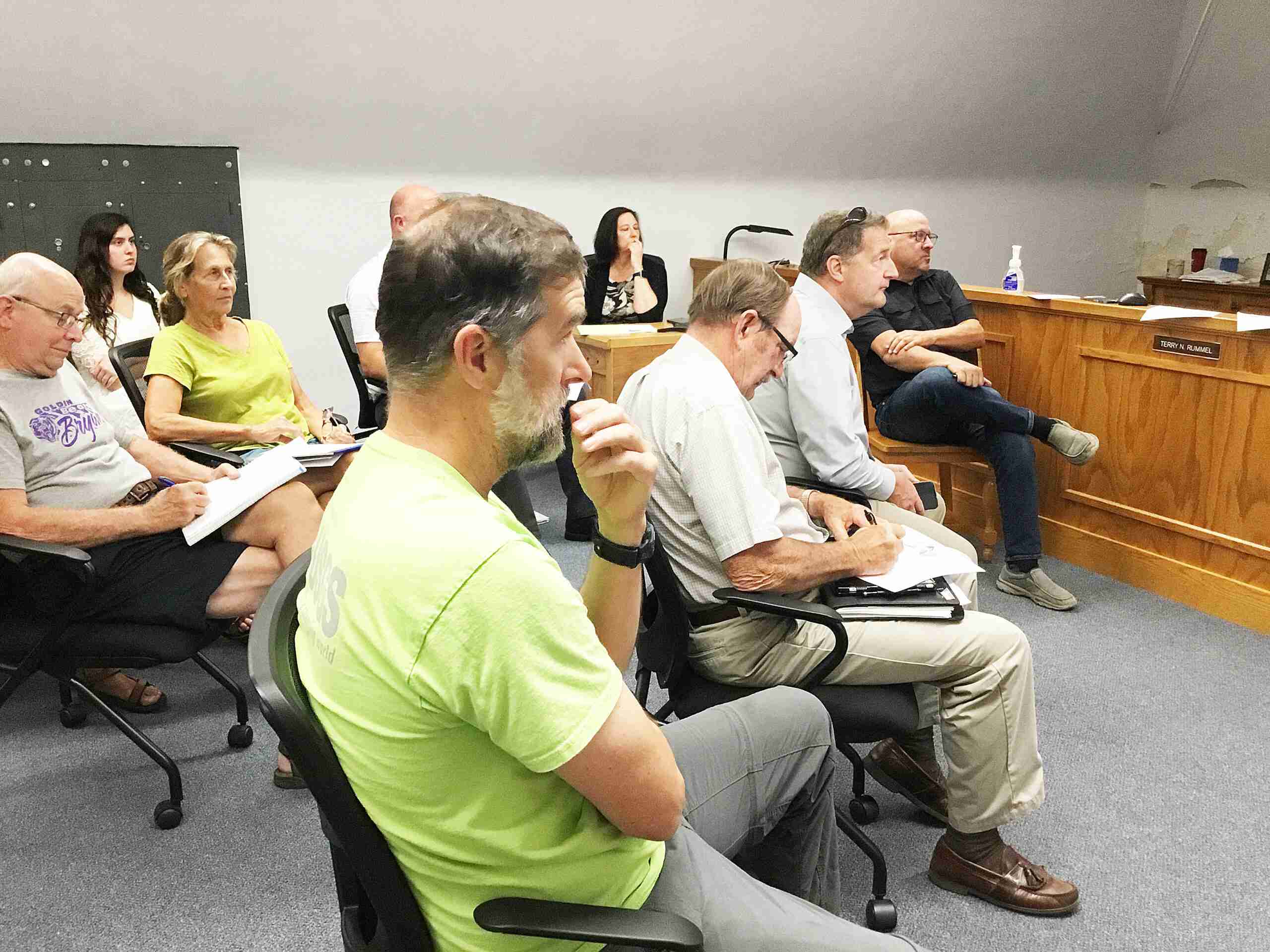 As the Ohio/Michigan/Indiana Government Council met for the scheduled July 18, 2022 meeting, there were some members of the WC Alliance present who asked questions, but there was no protest around the Courthouse as there was before the March 2022 meeting.

President Mark Wiley began the meeting by asking for Roll Call and approval of the minutes. Howard Reeves shared the USGS reports, informing the council of the flow model they are working on for the region.

They are working to “encompass the whole region.” They are looking at General Conditions and collecting data from the last twenty years. “It is early for a full update, but we have not run into any roadblocks. Things are moving along.”

There was a meeting with EAGLE to talk about additional monitoring on the Michigan side. He showed a map for all to see what the monitoring encompasses.

There were some details discussed and Reeves and Alex Riddle answered questions. Wiley asked if it would be helpful to have the information on Hillsdale’s lakes that have electronic monitors on them?

Riddle said that would be good but it won’t help too much with the ground water data. Wiley said he is unaware of any money coming toward this effort from Indiana. He was told they were financed by prior projects.

Reeves shared after a question from Laura Campbell, Well Data covers which wells are being monitored for water levels. They are going to do some stream flow measurements later this summer to figure out if the streams are gaining or losing water as they move downstream.

Riddle shared that some wells have records since 2016 and have been added to the National records. They are busy collecting data and transferring it into a USGS report.

Another large task on which they are working is a study over February and March for the wet season and will go over the same sites in August for the dry season to help them understand the ground water flow model and how the aquifer responds to those levels.

WC Alliance member Andy Struble asked if they can plug the AquaBounty water use into the models to show how it will affect the area. Commissioner Rummel said that discussion was not for this meeting, as these USGS employees are just reporting on research.

Wiley shared that he had received an email from Ashley Ward at Ohio EPA saying that “AquaBounty has applied for NDP and PTI. A Hearing is being scheduled and they will be notified when it is scheduled.

Other than that, AquaBounty put in a new permit from Ohio Department of Natural Resources (ODNR) and that has been approved.”

Sherry Fleming asked if “this group” has given any thought to looking at Ohio’s program to see if there are some improvements they could be involved with.

She shared some information she came across that said that the parties in the Great Lakes Contract would be notified.

She asked if that was Commissioner level and if they would get those. Wiley answered saying that it really doesn’t apply inland and asked Campbell to reply to it.

Campbell said that the “Aquifer is within the Great Lakes boundary but is distinct from the Great Lakes basin.” She shared other details and ended by saying that the Ohio EPA will need to look into that and recommended that anyone interested could check with them.

Wiley said there has been some conversation about these topics but hopefully as they get data they can possibly consider these questions in the future.

Lou Pendleton said she is afraid the data will be used to “further exploit the aquifer as opposed to protect the aquifer.”

She was concerned that there were no environmental group involved in the study. Rummel said this group was “designed to work with USGS on what we have.” Others, whether government groups or activist groups, will have access to the data.

He clarified that he does not see the Commissioners as the people who will be making regulations or resolutions on the area water.

He stated that there are plenty of government regulations.Wiley added that all three of the different states have plenty of layers of regulations, so he would not be concerned about misuse at this time.

It was pointed out that Laura Campbell is also the Co-chair of the “Michigan Water Use Advisory Council” that is set up to make sure resources are used responsibly.

The commissioners scheduled their next meeting for another update for October 3, 2022 at 1:00 in the East Annex in Bryan.