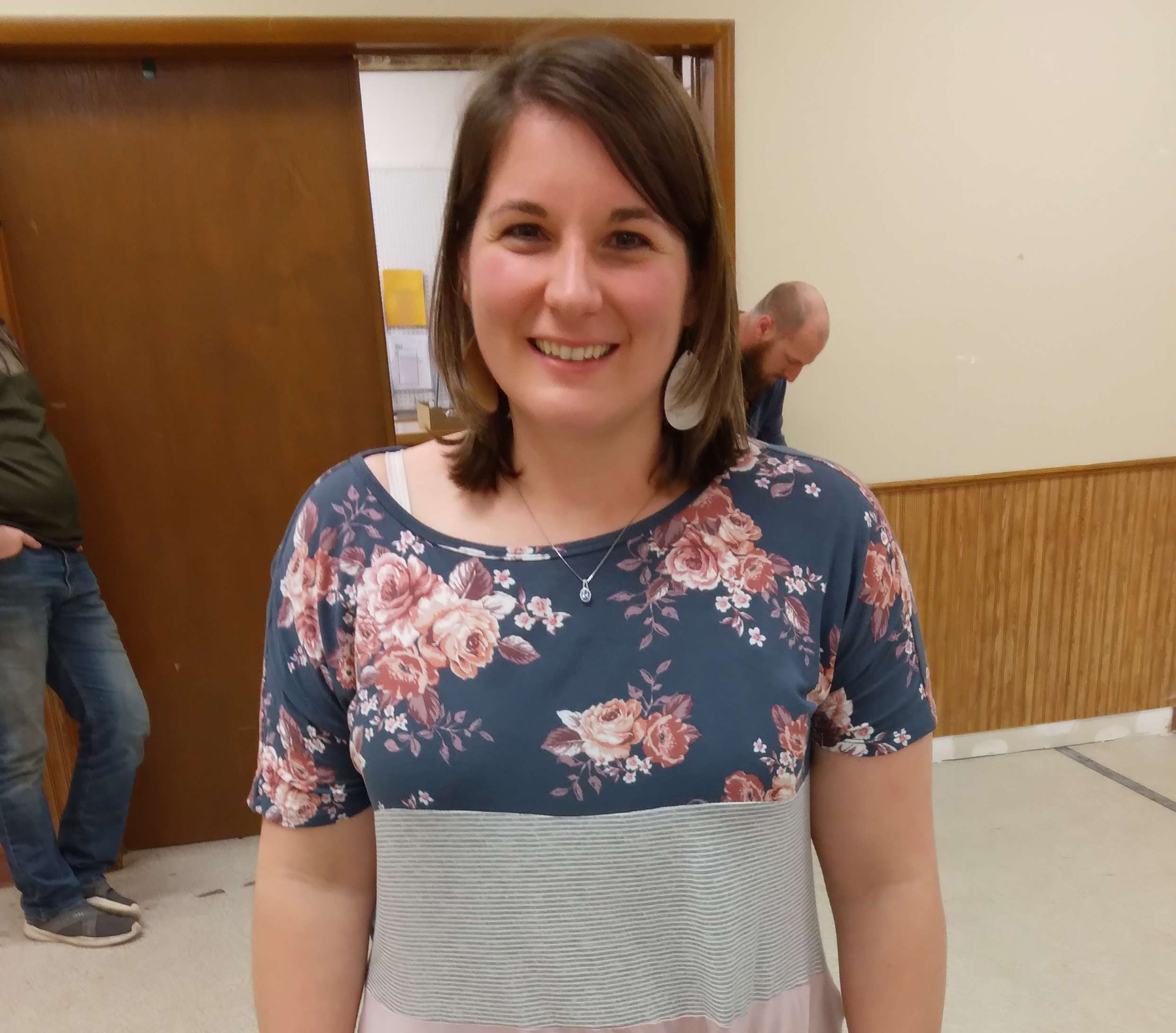 STATUS UPDATE … Stacey Perry reported that the 4-H building is fully funded and repair work on the building will begin on May 1st. (PHOTO BY DANIEL COOLEY, STAFF)

The March 17th Williams County Fair Board meeting began with the Pledge of Allegiance. A roll call was then taken of the directors. Eleven were present, two were absent and three auxiliary directors were also present.

The directors approved of both the minutes from the February meeting and the March treasurer’s report.

Page then requested that the $11,000 raised from the banquet be used for the lights for the grandstand. The directors approved.

Danielle Wortikoetter said that judges from the flower show and she was getting information for the judges for baking. Also, entries will be held the last Friday in August.

Goll reported that livestock will check in, in the first Saturday in June. She said to add $500 for the fair derby and a contract for the sound has been signed.

She also mentioned that animals can stay at the fair until after the sale, so that people can view them. Truck pulls are tentatively set for 4:00.

In old business, Stacey Perry gave an update on the 4-H building. She said that the project on the building is fully funded and the repair project is set to begin on May 1st.

Goll stated that fair book updates need to be completed and that the tractor use rules will be worked on at the next meeting.

In new business, the date for the summer swap meet and car show will be June 24-26.

In entries for the Gillette Building, the directors approved that each entry will be charged one dollar.

In announcements, the Spring District 1 and 2 meeting at Wood County Fairgrounds will take place on April 2nd. The Maple Syrup Festival is scheduled for March 27th.

Also, there will be weekly dog training in the poultry building on Tuesdays until August 27th, when the 4-H dog show will take place.