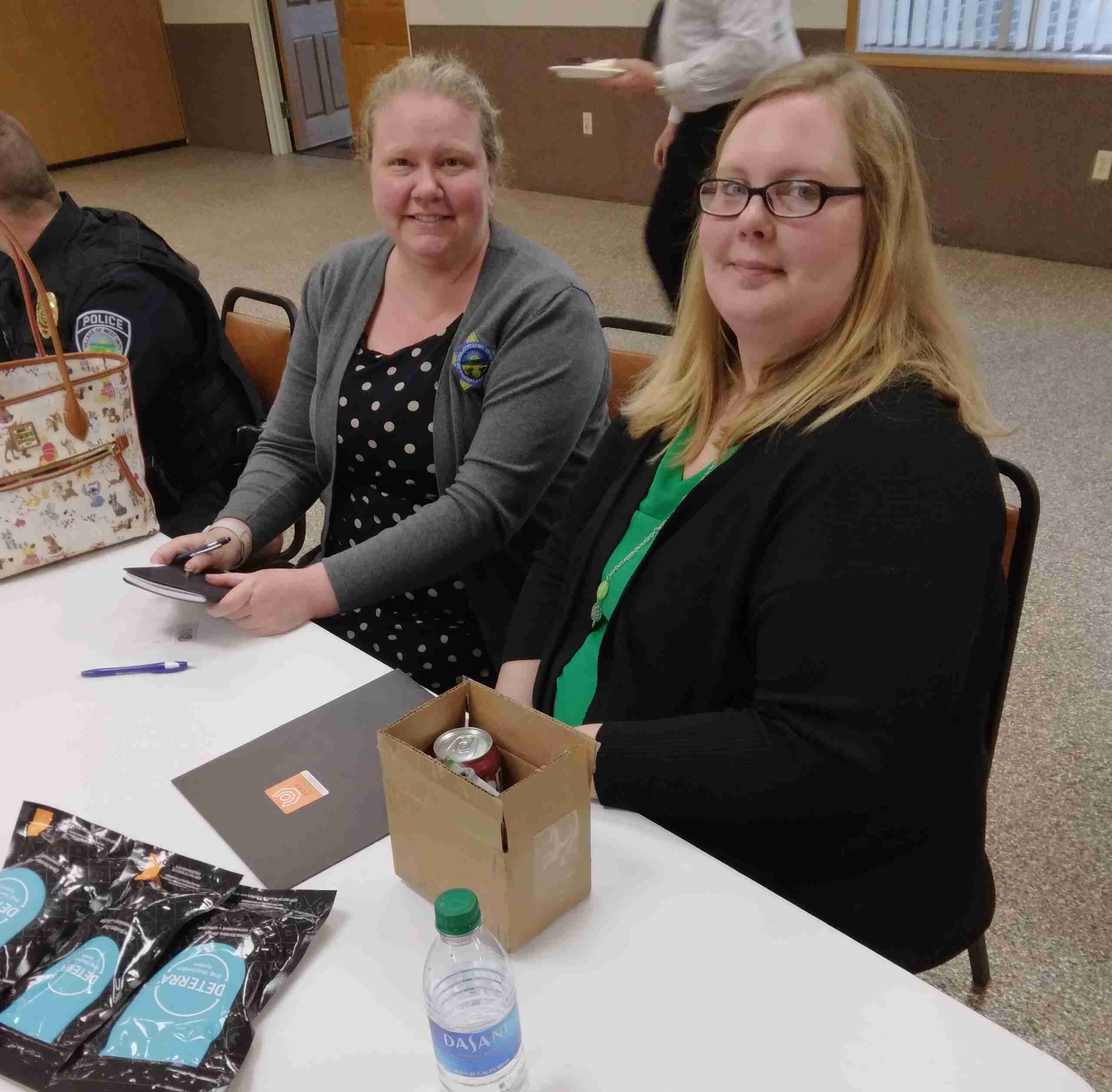 The March 16th Williams County mayors meeting began with the Pledge of Allegiance. The six mayors who attended the meeting voted to approve of the February 10th meeting and approved of the financial report.

The guest speakers for the March 16th meeting were Anne Spence, regional director from the Ohio Attorney General’s office and Bethany Couts, program coordinator for the ECHO Program.

With the Dare Program no longer happening in the Williams County schools, at least one school district, Hilltop, is going to utilize some offerings from the Ohio Attorney General’s office.

West Unity Police Chief J.R. Jones reported that beginning March 22nd, grades 3-12 will utilize some of the services. “There will be two resource officers, who can branch off to wherever they see a need,” Jones said.

“The attorney general’s office also has a summer program task force, for graduating students, making available things that are appropriate for seniors heading out into the world.”

Coutz mentioned that schools can apply for federal grants for various programs and depending on the school, different things can be offered.

ECHO hopes to offer their programs to all seven public schools in Williams County. Some of the objectives of ECHO (Educating Communities on Healthy Opportunities), according to their pamphlet, is to establish for Williams County shared prevention priorities and local prevention plans for each school district and by September 2023, to have each of the seven public county schools to offer evidence-based substance use prevention programming.

A big goal is to reduce substance abuse by youth. in the community, including reducing reported use of alcohol in grades 7-12.

Also, Lew Hilkert, county commissioner, said that there is a settlement in the courts, right at $400,000 and he would like to see a mayor, a trustee and a commissioner appointed for each county of the region. A 504C3 committee is being set up and Williams County is part of six counties in Region 6.

The mayors then voted to adjourn with the next meeting slated for April 20th.