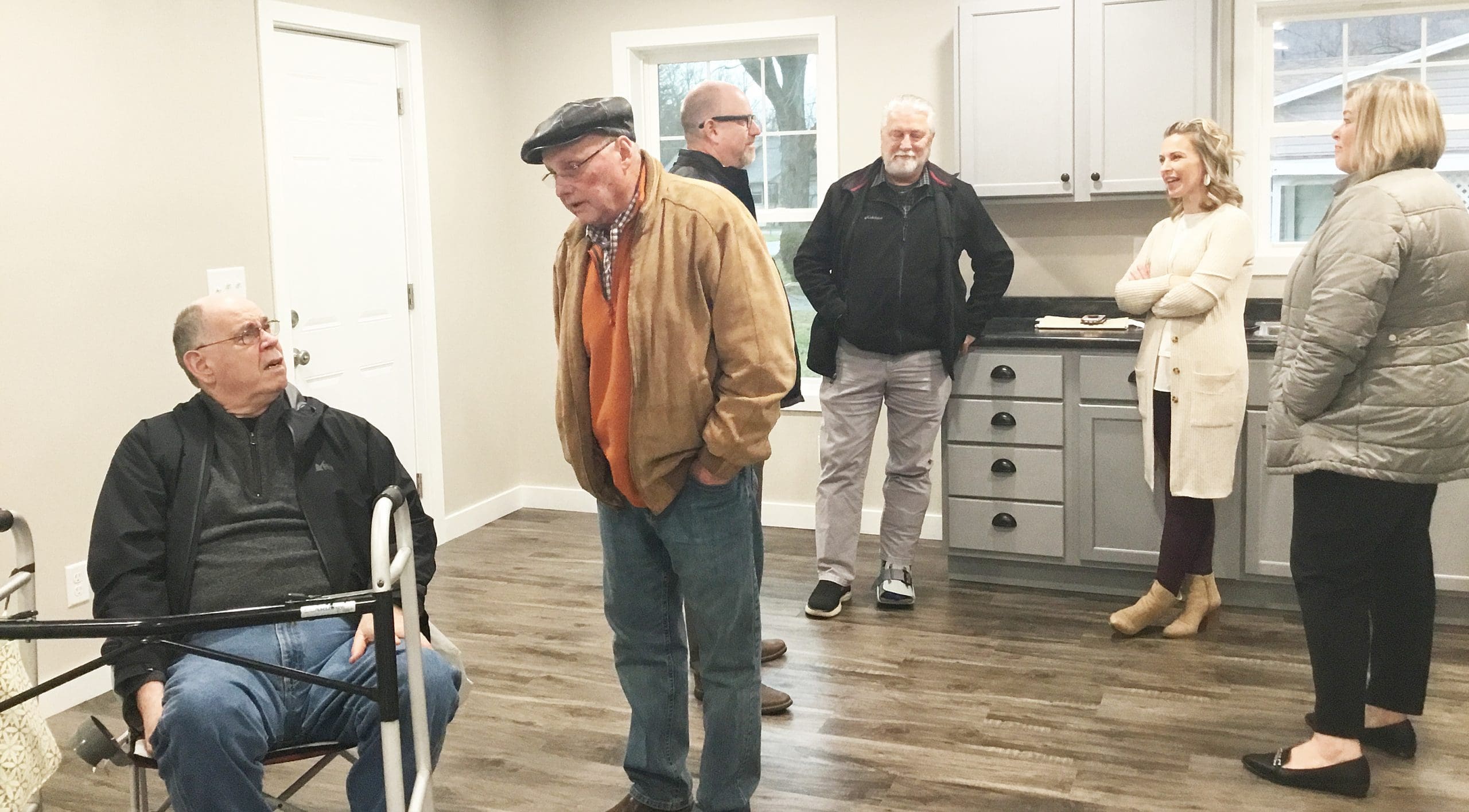 IT’S HERE … The sign says coming soon, but the new Port Authority home at 503 Ohio St. in Montpelier is finished and an open house was held on January 10, 2023. For info on how to purchase one of the upcoming projects, contact them at 419-553-0479. (PHOTO BY REBECCA MILLER, STAFF)

Joyful smiles lit up the small house built at 503 Ohio St. in Montpelier, as Williams County Port Authority members greeted those who dropped by for the open house held on January 10, 2023.

The Port Authority’s goal has been to bring new affordable housing to Williams County, especially to make it possible for people who work in the county to live in the county.

It is their passion to see this shiny new home be just the first of many to come.

During the first half hour of the open house, Port Authority members Dave Newcomer, Dawn Fitzcharles, Sean Rupp, John Drinnon and Stacy Lillard were welcomed by Ben Harris who was there as the contractor (Andelynn Homes) representative.

The board members stayed for the two hours, welcoming all others who came and giving them tours of the home as well as answering any questions.

This Grassroots 1 project has been a great success. The home is already sold and the owner is preparing to move in soon.

Plans for Grassroots 2 are in process with a plot on Main St. in Bryan already chosen and being prepared for construction.

As this is a learning process as well as a great help to the community, the Port Authority members have decided a few things about future houses, one being that they will have a dish washer.

Newcomer was thrilled by the good choices they had made for this first home, including the window trim which is the type usually done in more expensive homes, and the fact that this house is wider due to a deal they were able to get on wider trusses.

The house has closet space in all three rooms, a coat closet by the front door, room in the nice sized bathroom for a washer and dryer, and plenty of cupboard space in the kitchen.

The wide-open feel of the kitchen/dining/living room area makes the home feel larger and the attached garage off the kitchen is a great addition.

It is a lovely little home with a welcoming feel to it. The next home will be placed a little differently, Newcomer explained, so the front door will be on the short end of the house instead of the long side.

Fitzcharles explained that front door placement is determined by what side can face the address street.

Thanks and congratulations go to the Port Authority for this successful first home as they move to fulfill their goals.