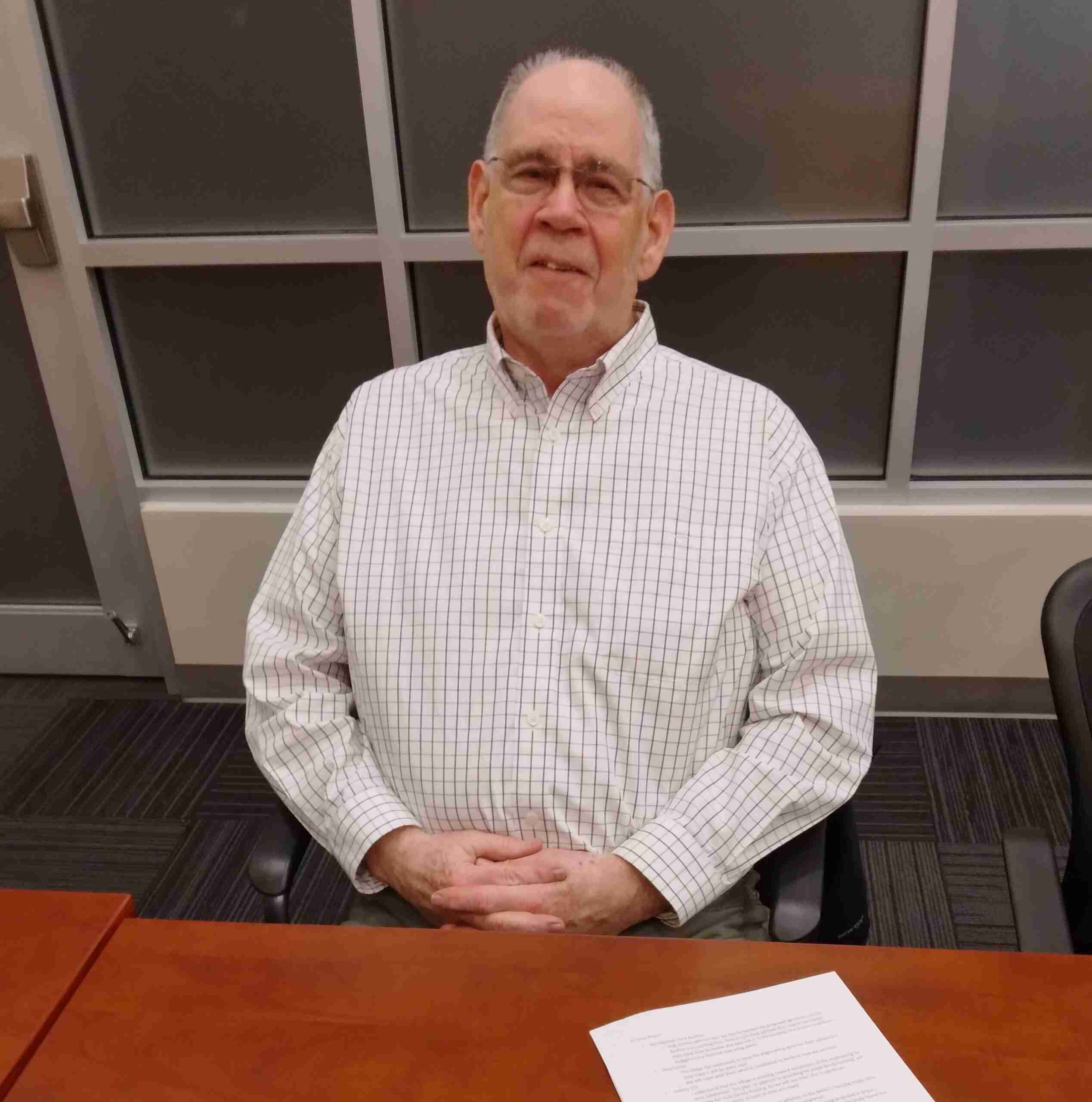 HOUSING SHORTAGE … Williams County Port Authority chairman David Newcomer said the board is trying to formulate a plan for new housing development. A recent study showed that Williams County has a shortage of 710 rental units. (PHOTO BY DANIEL COOLEY, STAFF)

First, the board approved of the minutes of last month’s meeting, Accepting the rules and regulations was also approved.

Chairman Newcomer said that the proposed agreement to the auditor’s accounting firm has been sent. However, because of tax season, the accounting firm stated that they need more time to review and approve the agreement.

“Unfortunately, that leaves us without a budget or any financial operating ability,” Newcomer stated.

In looking at current activities, West Unity has signed a contract to have the engineering done for a new subdivision. The Port Authority will meet with them when the work is completed, to find out how the Port Authority can help them.

Holiday City is working towards completion of the engineering for their new subdivision. The Port Authority will get together with Holiday City, as soon as they are ready.

In looking at housing studies, a study by the Ohio Finance Agency, Williams County has a shortage of 710 rental units.

Newcomer talked with several employers in Williams County, including Menard’s, Yangfeng, 20/20 and Titan Tire and all are in need of additional help.

According to Newcomer, “the lack of housing and lack of employment help is hurting the future of Williams County in two major ways, its impact on local industry and its consequences for where our youth go and makes it difficult for (employers) to grow or expand. That shortage also makes Williams County less attractive to new industry.”

In addition, the average age of our population is getting older, which probably means that youth are not staying in Williams County and are looking elsewhere, in order to find housing and of course, jobs.

“We need to recognize the kinds of housing needed and act to try and improve all types,” Newcomer said. I have been looking for opportunities for single family subdivision development. We also need to look for multi-family opportunities.”

In looking at the four phases from Poggemeyer Design Group, Newcomer stated that three of the phases are good, but not doable right now.

Newcomer suggested that right now, they focus on Phase three, planned development. That includes making a map of potential housing sites and projects.

The board then approved of focusing on Phase three and putting the other phases on hold.

Newcomer stated that at the next Port Authority meeting, the board will discuss forming committees.