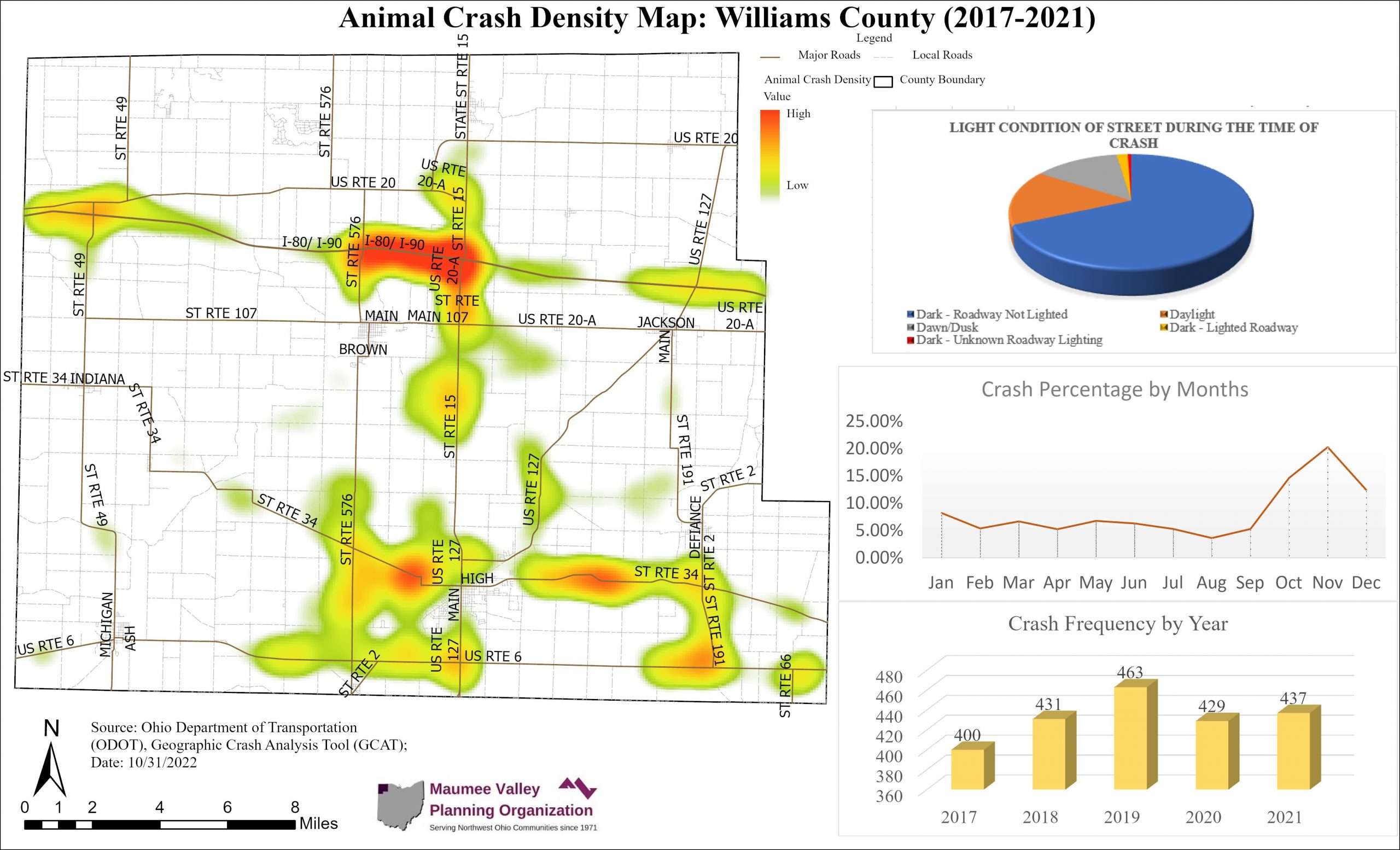 At the coalition meeting, the mapping data was discussed and noted that most of our deer related crashes are property related only and occur on dark, non-lighted roadways during the early morning hours and at night.

Once again Ohio drivers are urged to drive with caution especially during the month of November, the leading month for deer-vehicle crashes in the state.

The dawn and dusk hours are the most likely times for deer-involved crashes with 25% pf crashes occurring between 5:00 a.m. and 7:59 a.m

Since 2017, statistics from OSHP show there were 103,752 deer-related crashes on Ohio’s roadways.

While 95% of deer-related crashes only resulted in property damage, 30 crashes resulted in fatal injuries.

According to ODNR, deer become visibly active from late October through November. This is due in large part to the fall breeding season.

While males pursue prospective mates throughout the season, they often encounter females that are not yet willing to breed, which can result in pursuits where deer will dart into roadways with little caution.

This unpredictable movement leads to an increase in deer-related vehicle crashes.

How to avoid animal collisions: