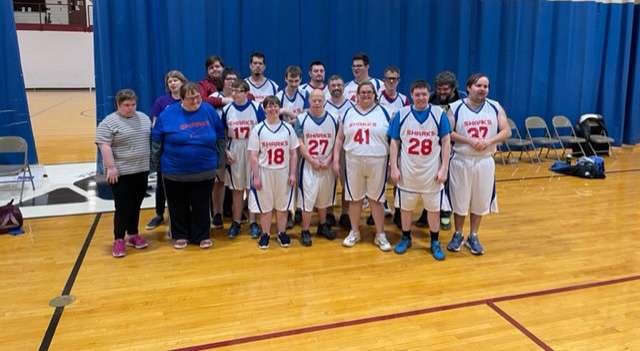 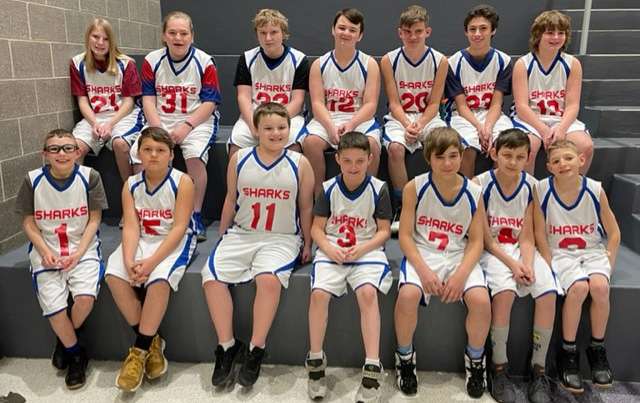 The Northwest Region basketball tournament play has come to an end.  The Men’s D5 team’s (adult team) season came to an end after their second game in tournament play on Sunday, February 13th.  The School Age D1 played at the Indoor Winter Games State Tournament in Bowling Green on March 5th.

This year has been a very successful season for the Williams County Sharks teams.  Thirty four athletes came out for the basketball team. We had to split into 2 teams.

The school age team consisted of athletes from ages 8-16 years of age.  Most of them had not played on a basketball team before.

We started with the basics and they advanced to the state tournament. The adult team consisted of 17 athletes over the age of 20. They also had new players to learn to include on their team.

After having their season cut short in 2020 and not having season play last year due to the pandemic, these players were ready to get back on the court and compete.