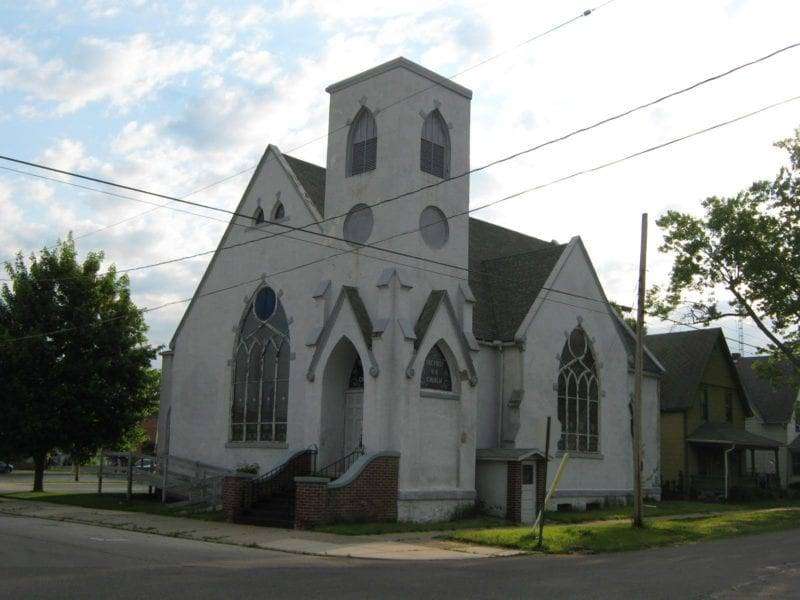 This May 21, 2016 photograph of the former Montpelier First United Brethren Church is from the Kevin Maynard collection–Courtesy of the Williams County, Ohio, Local History Exchange.