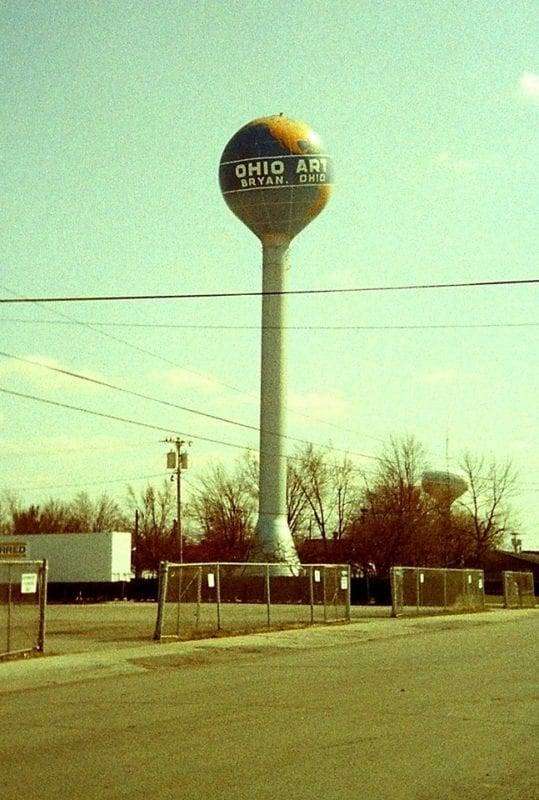 (April 29, 1993): The 150,000-gallon Ohio Art water tower that stood on the southeast corner of Toy and Maple streets in Bryan since 1966, was dismantled. The water tower was purchased by the Village of Montpelier and re-erected north of Magda Drive in the Montpelier Industrial Park. According to a Bryan Times newspaper report, “The tower was in need of major repairs, which would have cost two or three times more than to dismantle it. The tank cannot remain standing without being filled, and with the new large Fountain City water tower, the toy factory decided its tower could be eliminated.” This photograph of the Ohio Art water tower was taken looking south on Toy Street. The City of Bryan’s one-million-gallon Fountain City water tower is visible in the background. This circa April 1993 vintage image is from the Kevin Maynard collection–Courtesy of the Williams County, Ohio, Local History Exchange.