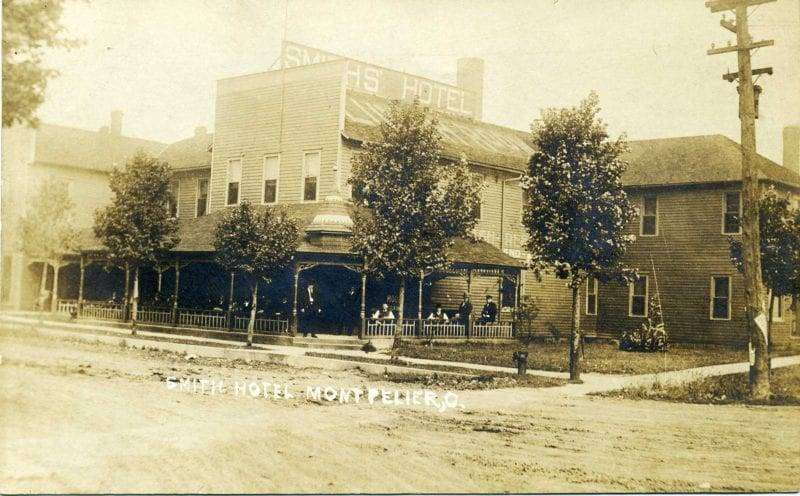 Williams County history (February 6, 1972, 46 years ago): Fire destroyed the Smith House hotel at the northeast corner of Empire and Depot streets in Montpelier. This wooden frame hostelry was constructed in 1900 by William Gause. A 1908 newspaper account stated that the hotel had been under the management of Smith Brothers since 1905 and featured 10 rooms on its first floor and 30 on the building’s upper floor. The hotel also featured a 30 x 30-foot banquet room. The Montpelier Leader-Enterprise newspaper reported, “There were an estimated 28 persons in the building at the time [of the fire], most of them railroad men who stayed there between runs.” The structure was not rebuilt following the fire. This vintage picture postcard of the Smith House hotel, postmarked in 1909, is from the Kevin Maynard collection–Courtesy of the Williams County, Ohio, Local History Exchange.