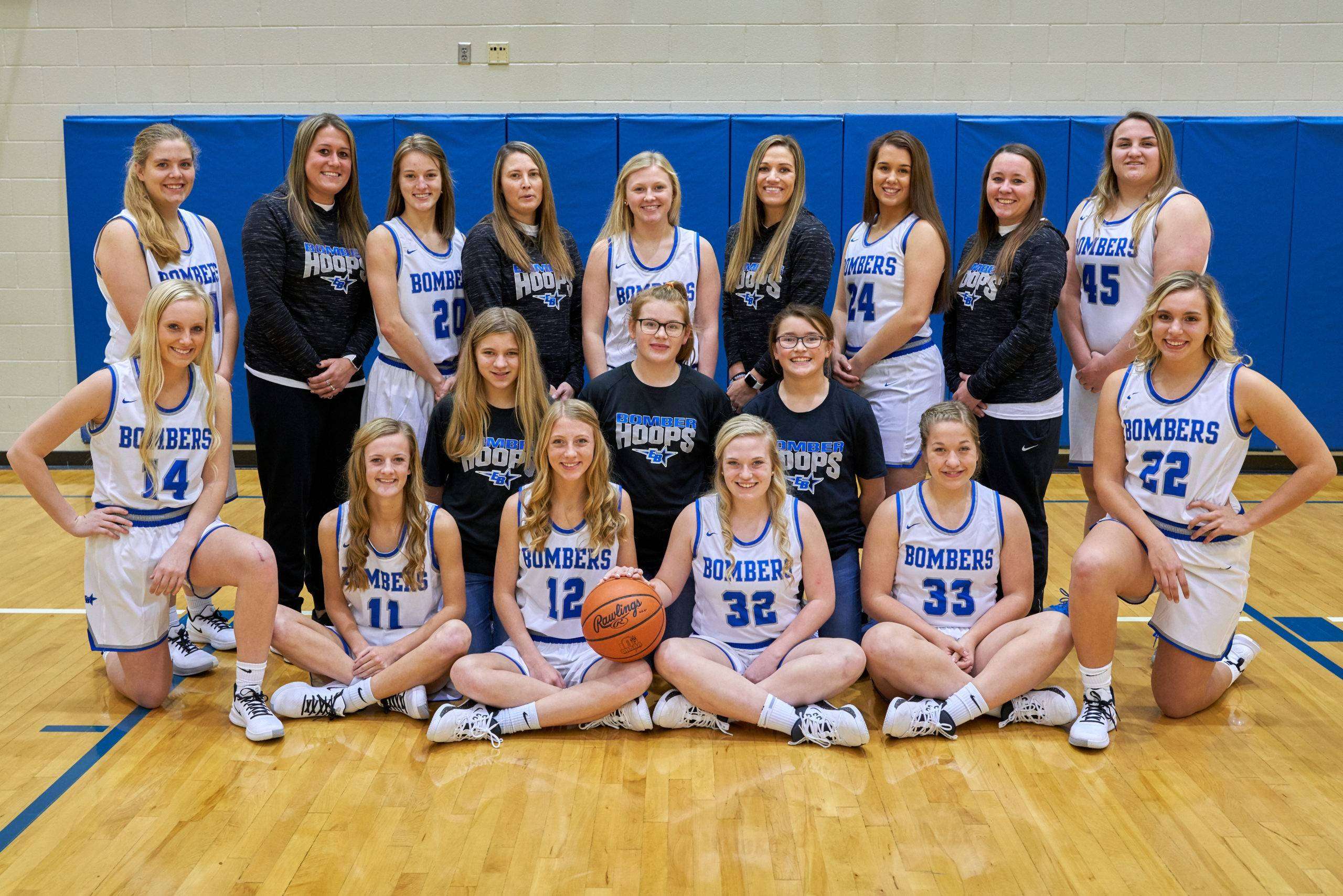 FRONTRUNNERS … With five seniors and seven returning letterwinners from last year’s team the Edon Lady Bombers figure to be the team to beat in the BBC this season. (PHOTO BY RUCH HARDING, STAFF)

The top two teams in the league last year, Stryker and Pettisville, both have plenty of question marks going into the 2019-2020 season. Both teams have to replace offense and experience from a season ago, a season that culminated in the two teams meeting in the Division IV District Final.

The Edon Lady Bombers figure to be the team to beat this season as they return five seniors and seven letterwinners from last season’s team that place third in the league.

Here are the previews for each team in order of their finish in the BBC last year.

Four letterwinners do return and their work ethic and leadership are viewed as strengths for this year’s team by Head Coach Steve Brown. An obvious concern for Brown will be finding consistent scoring but he believes the team work ethic and team chemistry will be a trademark of the 2019-2020 Stryker Lady Panthers.

ABOUT THEIR SCHEDULE: Stryker won at home over Holgate 47-41 last Saturday to start the season. BBC play opened on November 26th as they hosted the Hilltop Lady Cadets.

Pettisville graduated their top three scorers from last year’s District Runner-Up team so finding players to score the basketball will be a top priority for longtime coach Jason Waldvogel. “Willingness to work and play hard and the ability to shoot the ball fairly well will be strengths for us”, said Waldvogel.

“Individuals will be finding new roles and we lack size so those are two areas of concern entering the season. We want to give 100% each night and plan to contend night in and night out”, concluded Waldvogel.

ABOUT THEIR SCHEDULE: The Lady Blackbirds opened league play with a 30-11 loss to Edon last Friday and then fell to Edgerton 49-32 on Saturday.

The Lady Bombers return five seniors from a team that placed third in the BBC, so expectations are high starting the season. “This senior group has done a fantastic job of bringing our younger kids along and getting them acclimated to the program. We are confident our sophomores will provide us with some solid things on both ends of the floor”, said head coach Caela Walker.

Walker mentioned that they are working on getting some players healthy and she also stressed that they must continue to work on defense and fundamentals to have a good year.

ABOUT THEIR SCHEDULE: Edon opened their season last Friday with a 30-11 win over Pettisville.

Second year coach Greg Waidelich and his Lady Eagles will look to build off a strong finish last season as they won a Sectional title before falling to Pettisville in the Districts. Leading scorer form Madison Brown leads a contingent of six returning letterwinners for North Central.

“We have lots of returning girls with familiarity between the coaching staff and the players. This is a good group of hardworking girls”, said Waidelich when talking about the team’s strengths for this season.

According to Waidelich, North Central’s lack of depth at the guard position along with having to replace senior leadership from last season are two areas of concern. He is looking for a good season with a good chance of being competitive in all their games.

Regarding the BBC, Waidelich views Edon as the team to beat but there won’t be any easy wins this year.

Expectations are high for the Lady Locos under the guidance of first-year head coach Mike Bumb. “We are still a year way, but I think we can accomplish some great things this year. The kids are hungry for success and the attitude and work ethic has been good”, said Bumb.

“We need to create a competitive atmosphere where kids to work hard in the off-season and during the season to be able to play. We need to intensify practices and hold kids accountable for their actions. If we can manage this, we have great potential at Montpelier.”

ABOUT THEIR SCHEDULE: The Lady Locos started their season last Friday with a 38-24 victory at home over Hilltop.

Ryan Colegrove returns as the head coach of the Lady Eagles after spending the last 14 seasons as part of the Fayette boys’ program. Colegrove was the varsity girls’ coach from 2001-2005 compiling a record of 54-52 including a trip to the regionals in 2005.

Fayette is expected to be led this season by junior post player Trista Fruchey with the overall attitude and effort of the team also viewed as strengths by Colegrove.

The Lady Eagles only have 12 players in the high school program so depth is an obvious concern entering the season along with ball handling as Fayette looks to replace their primary ball handler from last season in Mataya Rufenacht.

“We look to continue to improve and be more competitive as the year progresses. If we progress as hoped, we could be competitive in the league and the Sectional”, commented Colegrove.

The coach looks for the BBC to be very competitive from top to bottom this season with some of the top teams losing key seniors from last season while the bottom teams in the league have shown improvement.

ABOUT THEIR SCHEDULE: Fayette opened the season and BBC action last Friday with a 39-33 win over the North Central Lady Eagles.

Seven letterwinners return for Head Coach Troy Grime as the Lady Cadets look to improve this season with the help of added depth at the varsity level. “We were very young last season so hopefully that experience will show this season”, said Grime.

Grime added that this year’s team is still a young group overall with just one senior on the roster and he added that the need to reduce turnovers and improve shooting will be keys for the team entering the season.

Grime expects Edon to be the team everyone will be chasing in the league race with Stryker and North Central to be factors as well.

ABOUT THEIR SCHEDULE: The Lady Cadets fell to Montpelier 38-24 in their season opener last Friday.