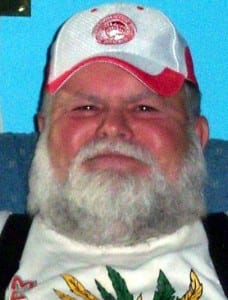 Ralph “Gene” E. Rosendaul, 65 of Montpelier died Thursday October 25th at the Defiance Area Inpatient Hospice.  He was born November 9, 1946 in Bryan to Ralph “Red” A. and Virginia June (Sears) Rosendaul.   Gene was a Montpelier resident for most of his life graduating from Montpelier High School in 1964.  On September 19, 1965 Gene married Barbara J. Gaff in Hamilton Indiana.

Gene was in the United States Navy during the Vietnam War, stationed on the destroyer USS Fletcher DD 2245 and the USS Bradley DE 1041.  After serving his country Gene worked as a tool grinder for Mohawk Tools in Montpelier from 1964 until it closed in 1991.  He then worked in the finish room at Sauder’s Woodworking in Archbold from 1992 until he retired in 2008.  Gene enjoyed fishing, going to auctions and garage sales, and spending time with his grand children.

Gene was preceded in death by his parents.

Visitation hours for Gene will be on Tuesday October 30th from 2-4pm and 6-8pm at the Wilson-Geesey Funeral Home in Montpelier.  Services will be on Wednesday at 11am at the funeral home with Reverend Michael Raypholtz to officiate.  Interment will follow at Riverside Cemetery in Montpelier with military rites by the Montpelier Veterans.  Donations may be made to the Multiple Sclerosis National Organization of America or to the donor’s choice.  Online condolences can be made at www.wilsongeeseyfuneralhome.com.