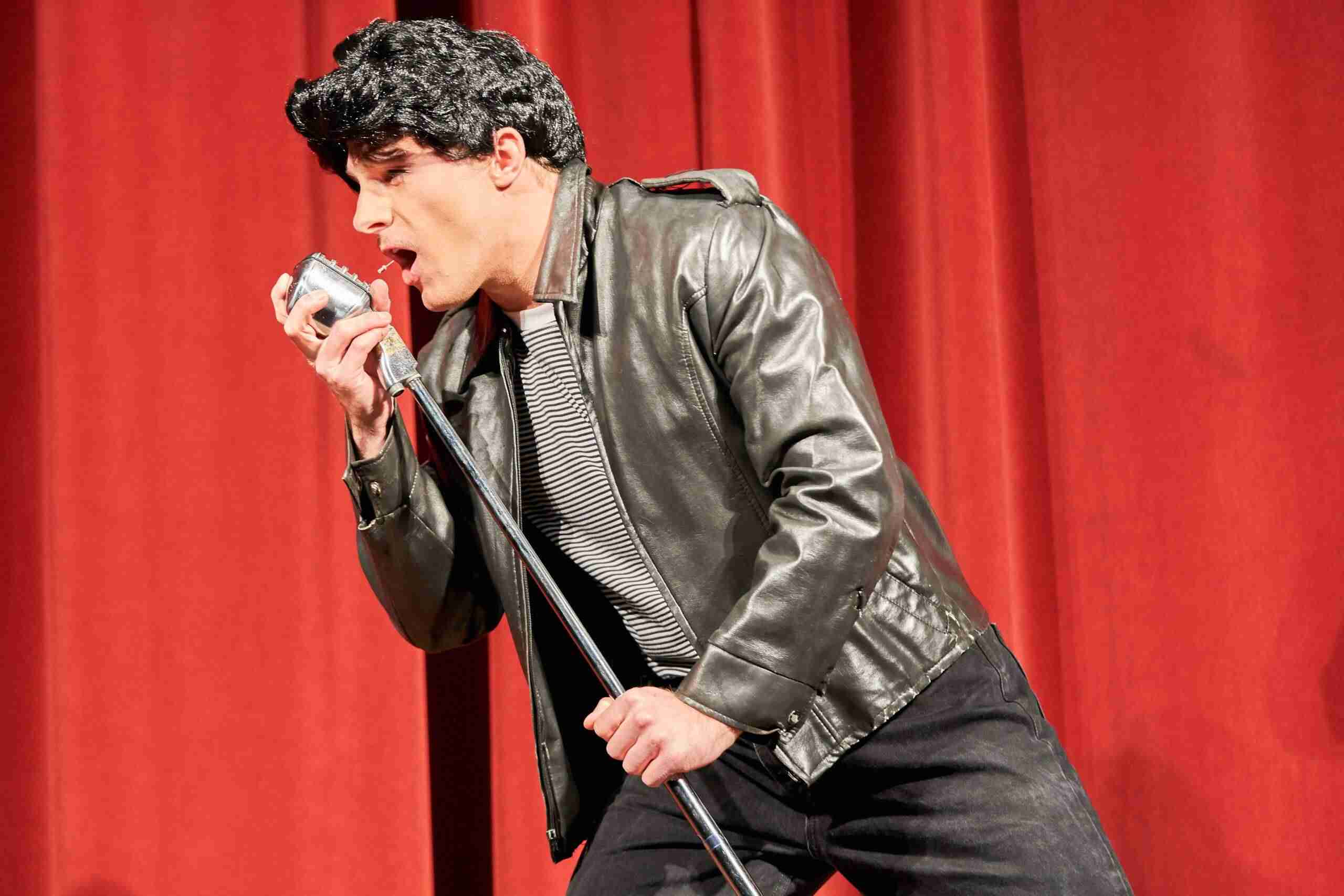 As some of the other area schools are doing, Edgerton Schools has brought back the play they began working on last year. It was shut down by COVID, but as there were no seniors in the play, Director Eric Harter said that they were able to pull the cast back together and finish it this year.

They did recast a few parts, but most of those who were in it last year were happy to pick up where they left off.  So during the weekend of April 16 through 18, 2021 Edgerton High School presented “The rock’n’roll musical comedy: All Shook Up (the school edition, inspired by and featuring songs by Elvis Presley.)

Mr. Harter is not on staff at the school, but as Edgerton does not have a Drama Department, he was approached a few years ago by Superintendent Kermit Riehle, to see if he could direct a production for them.

Harter owns a professional sound reinforcement and theatrical lighting company. They supply audio, video and lighting for professional artist tours as well as supporting a number of theaters all over the country.

“Kermit thought that as I have this experience I might be the one to help them get a drama department started.  We are trying to find the right people on staff to get involved and we do have a music director this year,” Harter said in a phone interview.

“Nora Jackson is new to the school as a 5th grade math teacher, but she has experience in music. We are very happy to have her working with us on ‘All Shook Up’.”

The basic story of “All Shook Up” is predicated upon Shakespeare’s “A Twelvth Night” which is a comedy. There are multiple love triangles going on and frustration for the main characters.  It takes place, circa mid 1950’s, in a small town over a period of 24 hours. A roustabout, on a motorcycle, comes to town with some engine troubles which he calls “jiggley wiggleys”.

The two men become friends. Natalie’s father lost his wife and he too falls in love with the new museum curator. Needless to say, they are all running in circles.

There are twelve principal parts with a few more in the backup cast and crew. “It is a wonderful production,” Harter said, adding, “It is a lot of fun. You really get an appreciation during this musical, for the different genres that Elvis performed and wrote.”

The Cast of Characters in order of appearance are Conner Cook as the Warden of a Jail, Jordan Warner as the Roustabout,  Jeromy Gonzales and Karissa Merillat as prisoners, Abbigail Herman as Sylvia, Heather Vollmer as Lorraine, Bre Reliford as Natalie Heller, Adam Vermillion as Dennis, Chloe Merillat as Henrietta, Conner Cook (again) as Jim Heller, Aislinn Trejo as Mayor Matilda Hyde, Patrick Rendelman as Dean Hyde, Jeromy Gonzales (again) as Sheriff Earl, McKenna Warner as Sandra, and The Do-Wop Ensemble made up of Mikayela Burkhart, Neleh Dowdy and Grace Herman.

Technical and stage Crew consisted of Erin Jackson Stage Manager, Crimson Feeley on Makeup, Adam Gruver Sound Crew and Alyssa Landis Stage Crew and properties.  Everyone came together and did a great job. 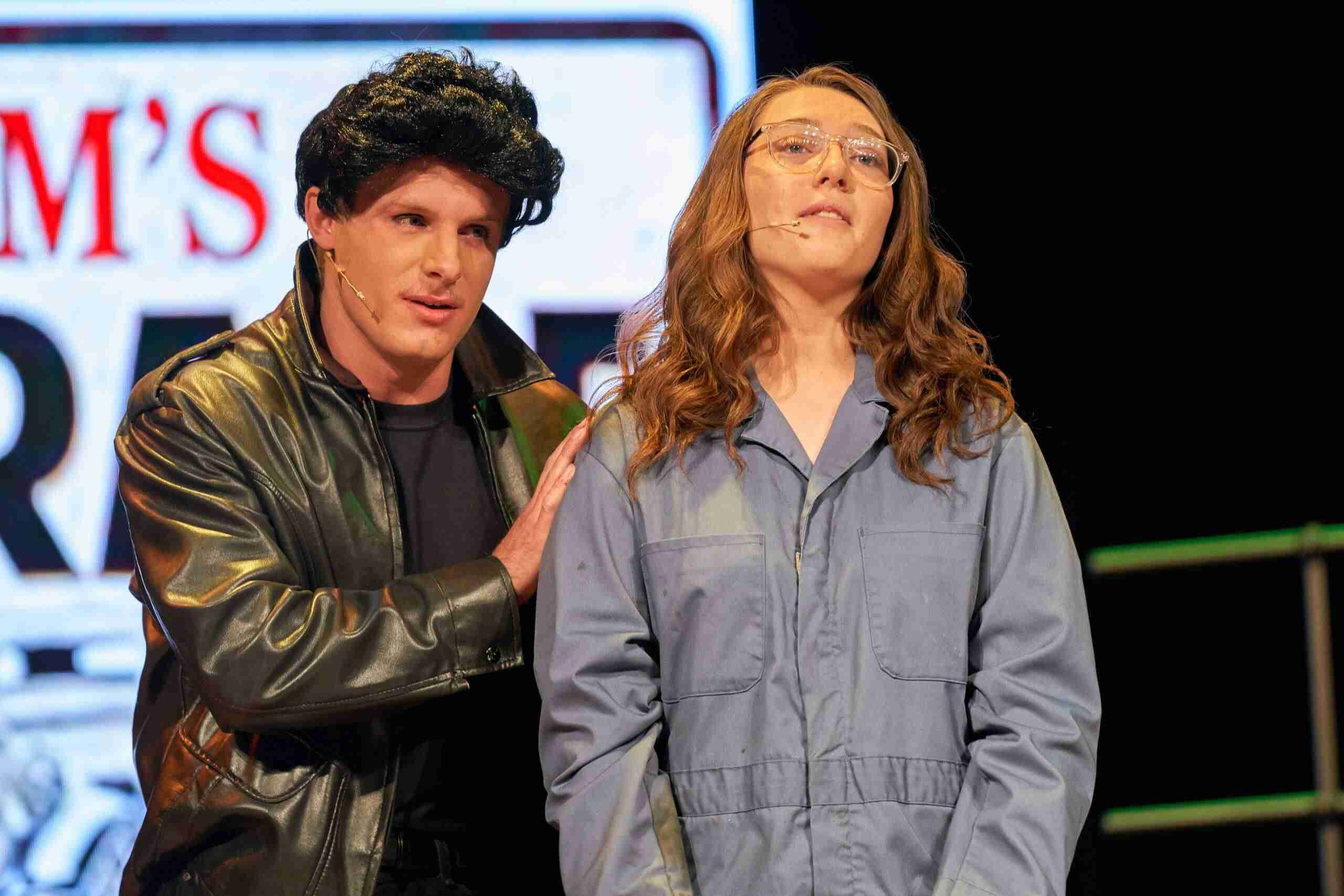 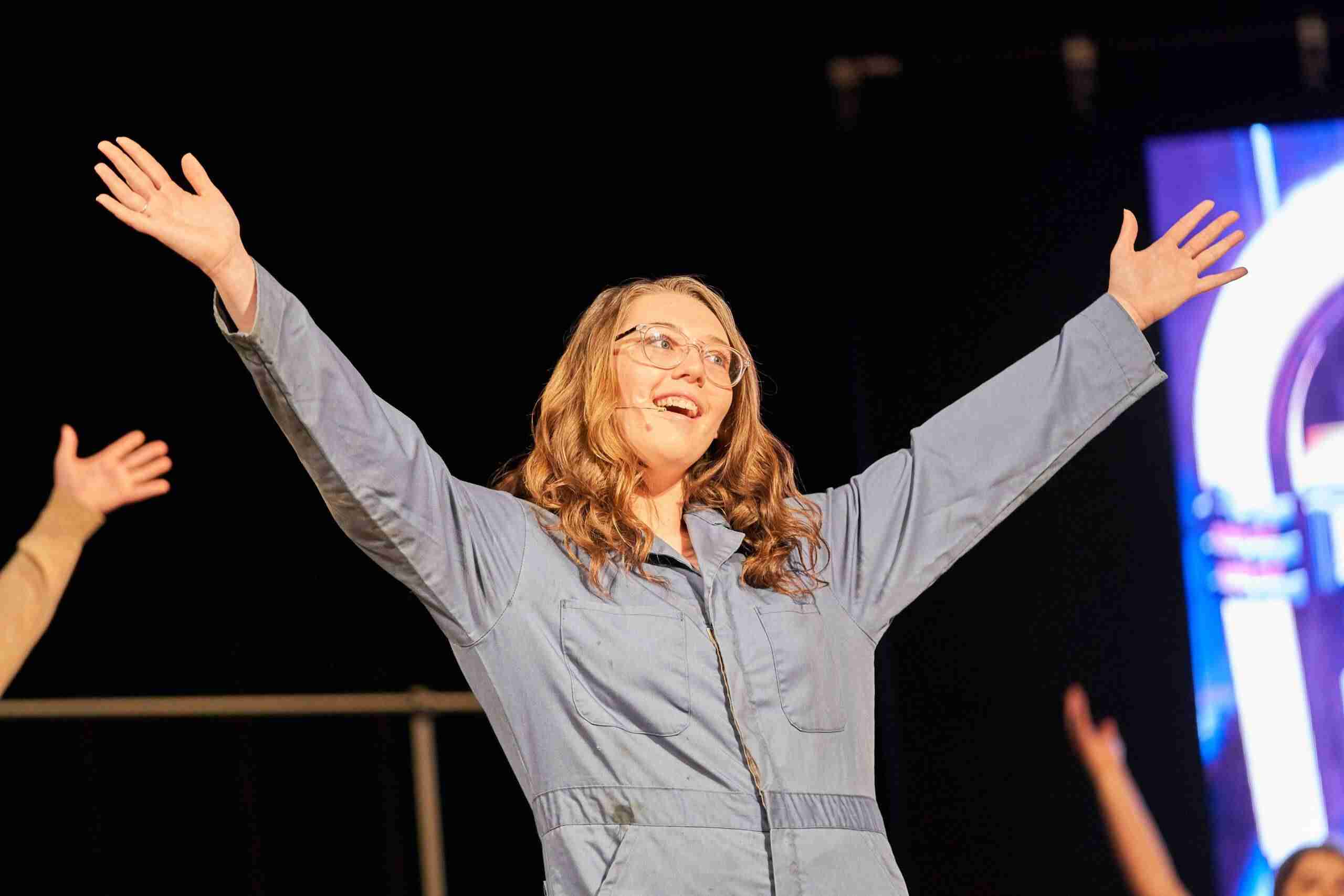 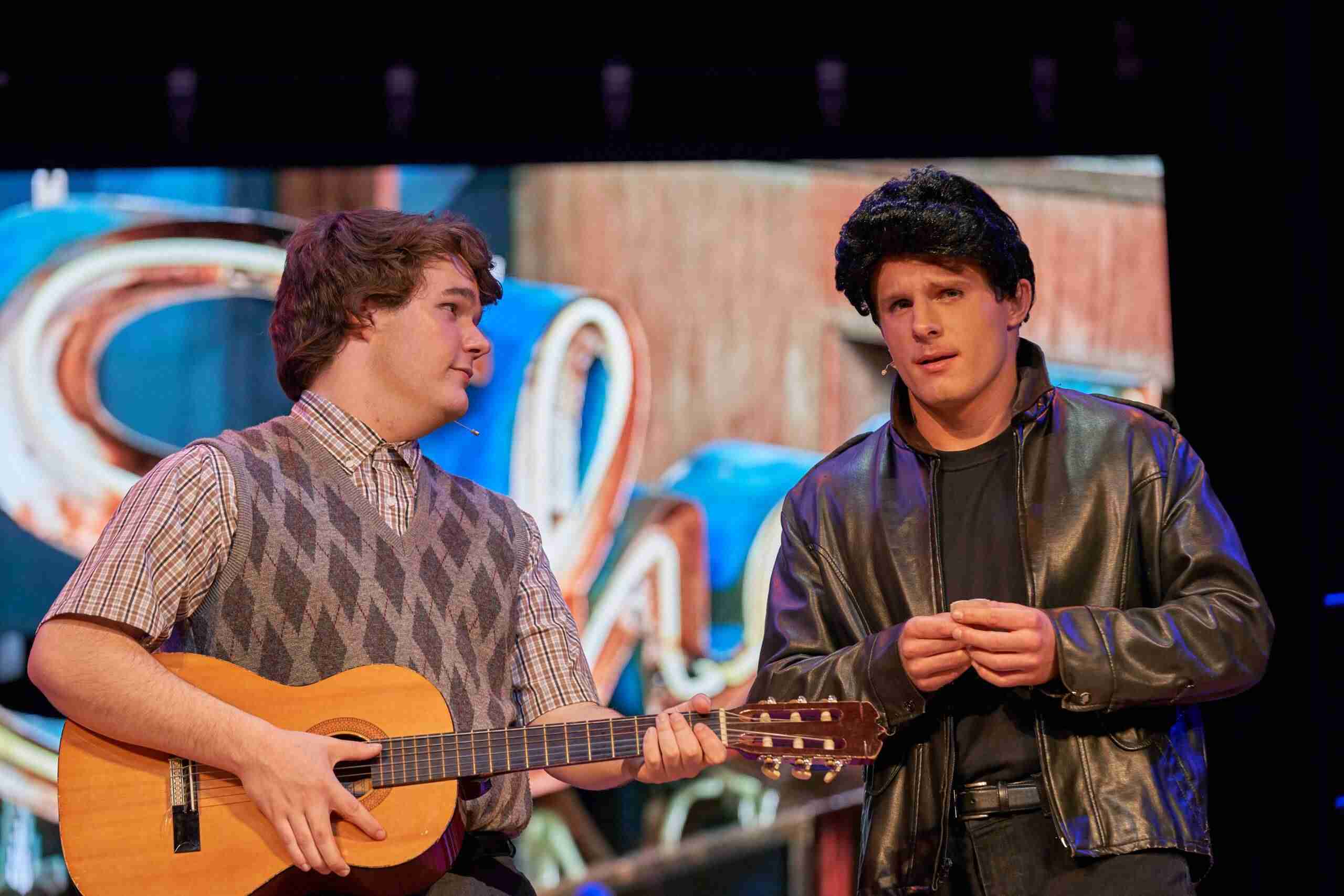