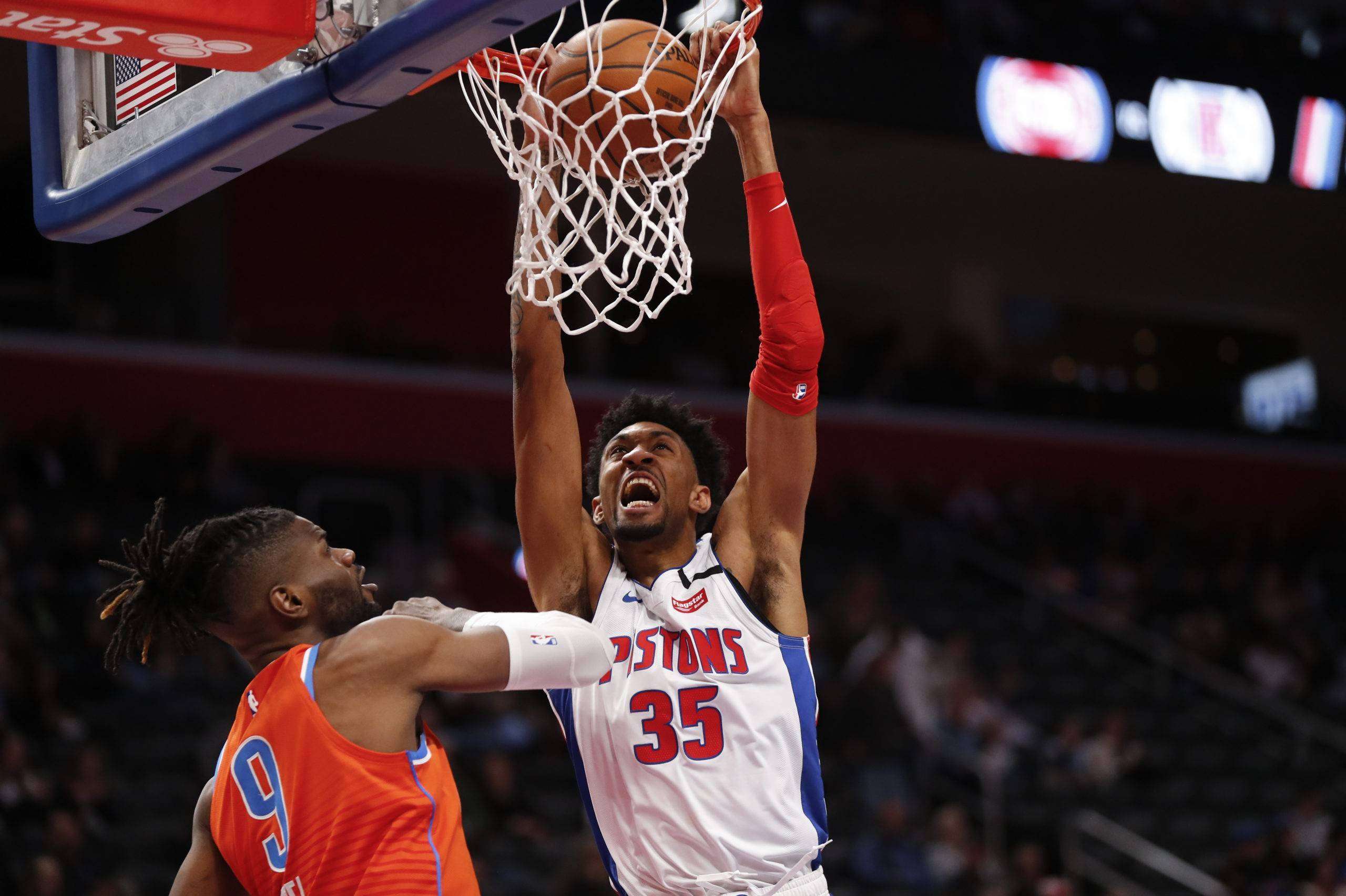 Christian Wood of the Detroit Pistons has tested positive for the coronavirus, a person with direct knowledge of the situation said Saturday night.

Wood is feeling fine, according to the person who spoke to The Associated Press on condition of anonymity because neither the Pistons nor Wood had publicly confirmed his positive result. Wood’s diagnosis became known one week after he played against the Utah Jazz — spending much of that night matched up with Rudy Gobert, who was the first NBA player known to test positive for the virus.

Utah’s Donovan Mitchell has also tested positive for the virus. It cannot be concluded that any of those three players were involved in spreading it to one another.

The Pistons later confirmed that a player — they did not name Wood — tested positive Saturday and has been in self-isolation.

“A player on the Detroit Pistons, who is under the care of team medical staff and in self-isolation since Wednesday night, was tested for COVID-19,” the team said. “A preliminary positive result came back on March 14. The health and safety of our players, our organization, those throughout our league, and all those potentially impacted by this situation is paramount.”

For most people, the new coronavirus causes only mild or moderate symptoms, such as fever and cough. For some, especially older adults and people with existing health problems, it can cause more severe illness, including pneumonia.

The vast majority of people recover from the new virus. According to the World Health Organization, people with mild illness recover in about two weeks, while those with more severe illness may take three to six weeks to recover. In mainland China, where the virus first exploded, more than 80,000 people have been diagnosed and more than 58,000 have so far recovered.

The NBA’s shutdown, which began Wednesday, came with Wood in the best stretch of his career. He had averaged 21.6 points and 9.1 rebounds over a 16-game stretch starting Feb. 2. He also had double-digit scoring numbers in each of those 16 games, after never putting together more than three such games together previously.

Wood had what was then a season-high 30 points in that March 7 game against the Jazz, topping it four nights later with a 32-point effort against Philadelphia. He’s having his best season, averaging 13.1 points and 6.3 rebounds.

“The darkest nights produce the brightest stars,” Wood wrote on Instagram earlier in the week, his comment coming alongside a photo he posted of him dunking over Gobert — the NBA’s reigning defensive player of the year and a first-time All-Star this season.

Wood has also played for Philadelphia, Charlotte, New Orleans and Milwaukee. He logged 51 games for those franchises combined and has appeared in 62 this season for Detroit.

The outbreak has sickened more than 150,000 people worldwide and killed about 5,800, with thousands of new cases being confirmed every day.

The U.S. death toll climbed to at least 51 on Saturday and confirmed infections in this country now exceed 2,100. Dr. Anthony Fauci of the National Institutes of Health cautioned Saturday, “we have not reached our peak. We will see more cases.”

Be the first to comment on "AP Source: Pistons’ Christian Wood Tests Positive For Virus"