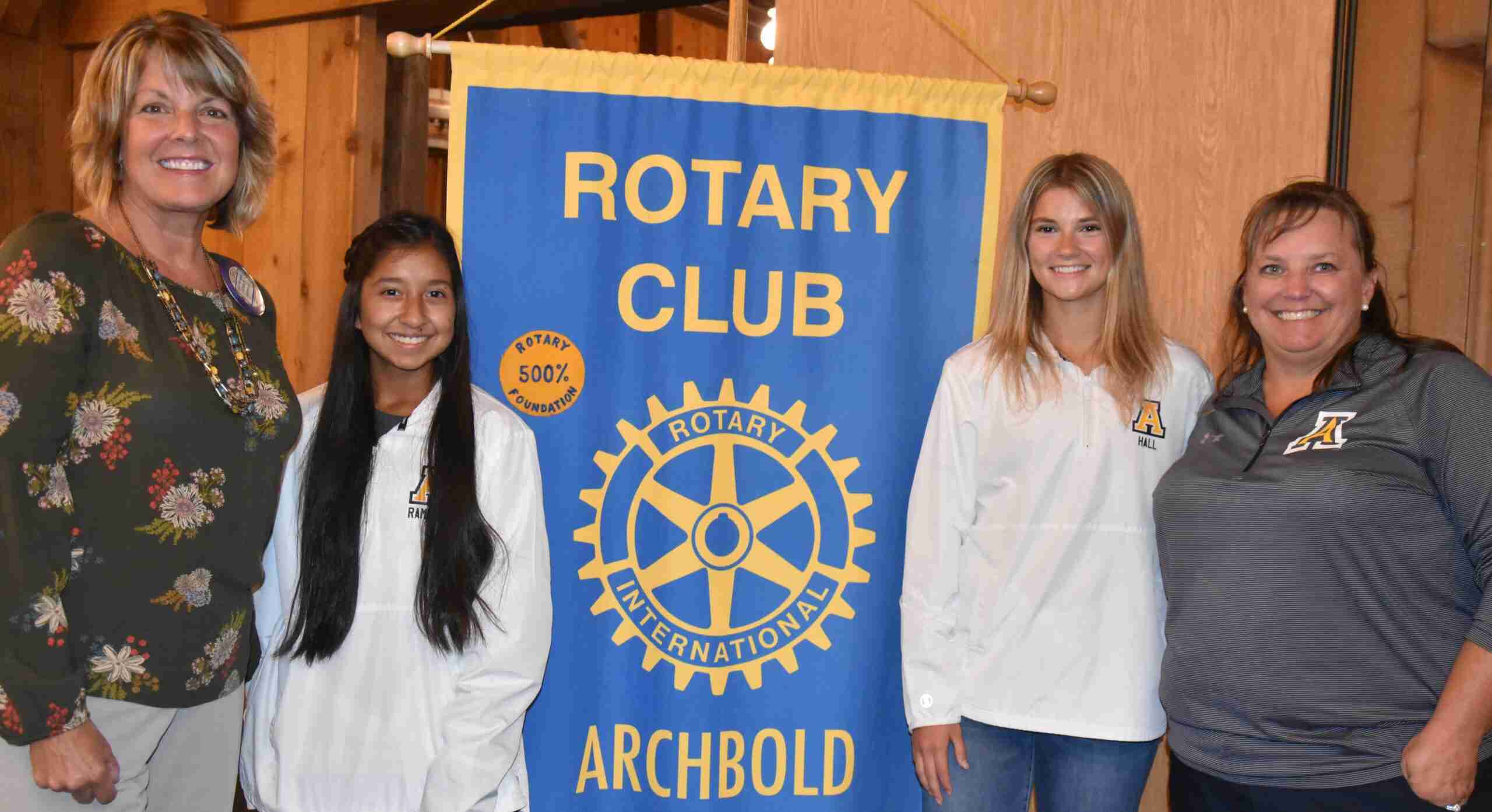 Two of the senior captains of Archbold’s girls soccer team and their assistant coach told Archbold Rotarians that this year’s season has gotten off to a challenging start due to a rash of injuries and illnesses (although none COVID-related) that have hit the team.

Still, the team has posted a 2-1-1 record and is looking for (Fulton County) fair week to give the team a chance to heal. Assistant coach Jenn Kidder said that at one point the team was down to 17 healthy players from a roster of 29.

Injuries have ranged from ankle and concussion issues to the type illnesses that typically occur at the start of school. Senior captains Karley Ramirez and Emma Hall said the team had an excellent summer working out and bonding in ways they couldn’t do last year because of COVID.

They also spent a week in Cincinnati practicing and playing games with other teams attending the camp as well as playing in a local summer league against area teams. The seniors on this year’s team have a string of accomplishments from their first three years in the program.

As freshmen, the team reached the state tournament before bowing out and for each of their first three years on the Bluestreak soccer team they have won their district championship. The girls said they hope to repeat as NWOAL champions again.

Archbold has been league champs for six of the ten years that the NWOAL has offered girls soccer. And, Coach Kidder said that she expects Ottawa-Glandorf to again challenge Archbold at district.

Assistant coach Jenn Kidder and her husband James, who is the head coach, have led the Bluestreak girls soccer program for 17 years.