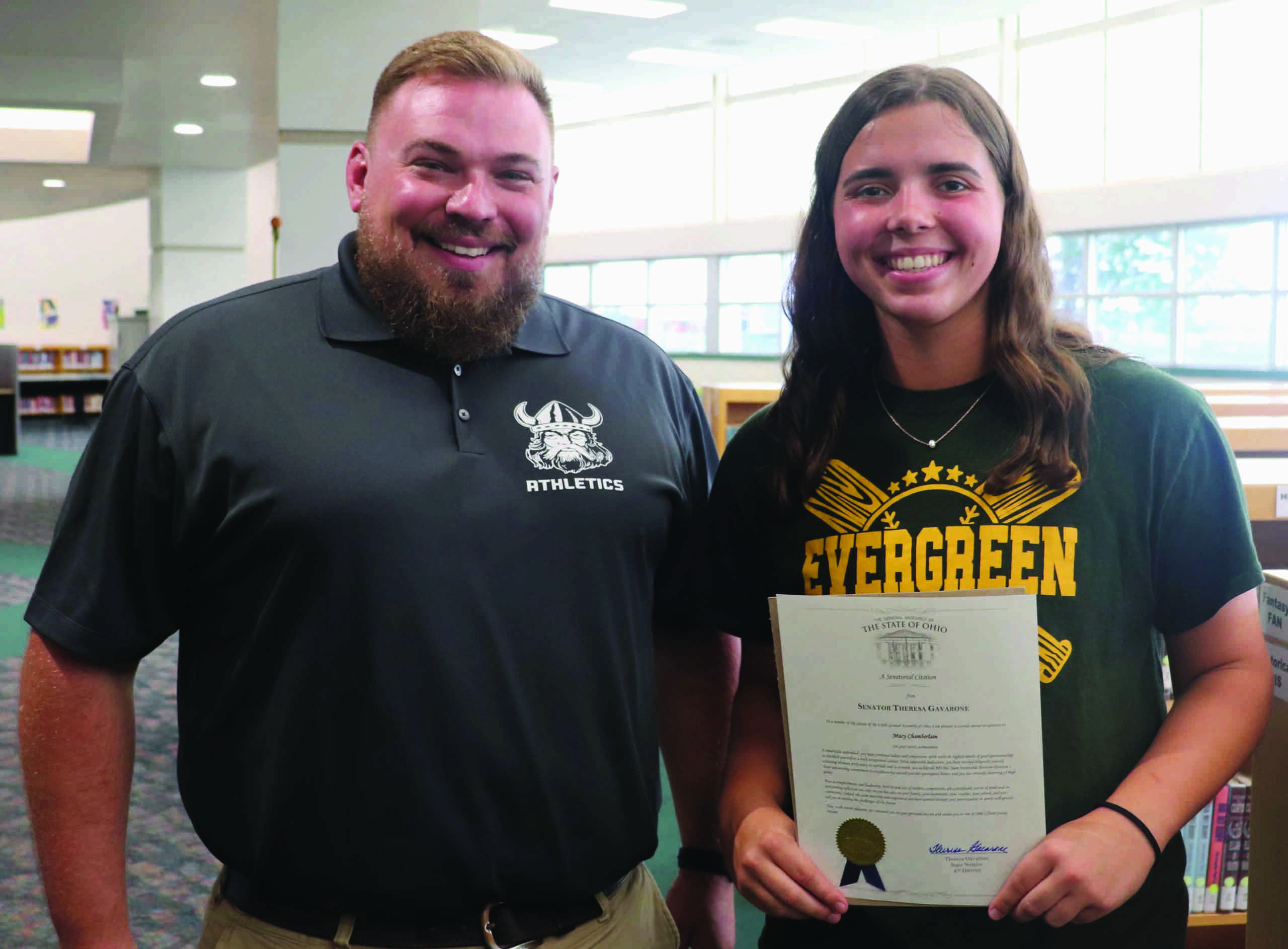 Evergreen High School student Macy Chamberlin has received a Senatorial Commendation from Senator Theresa Gavarone. The commendation was received for her exceptional season of softball as a freshman.

Before receiving the commendation, Macy had already been awarded the First Team NWOAL, First Team District in the Northwest District of Ohio, and also received an Honorable Mention at the state level from OHSAA.

All these awards for a freshman are rare and unexpected says Macy’s father Shane Chamberlin. “Most of all this caught Macy off guard. She is super humble, and all of the post season awards snuck up on her and surprised her.”

“Her goal right now is to prepare for next year and would really like to put up the same numbers,” said Mr. Chamberlin.

Macy has been also awarded MVP at the end of the season by her team with her coach saying that her season was one that you don’t see that often.

She also managed to break school records in home runs and her batting average. Macy had 13 home runs with a previous record of 9 and a batting average of over 500. She also had 26 walks through the 2021 season.

The Senator saw it fit with all of these awards and great numbers to award Macy with a commendation which was given to her by the Evergreen School Board during their previous meeting.

With such great numbers from the 2021 season, a 2022 season looks to be promising for Evergreen.