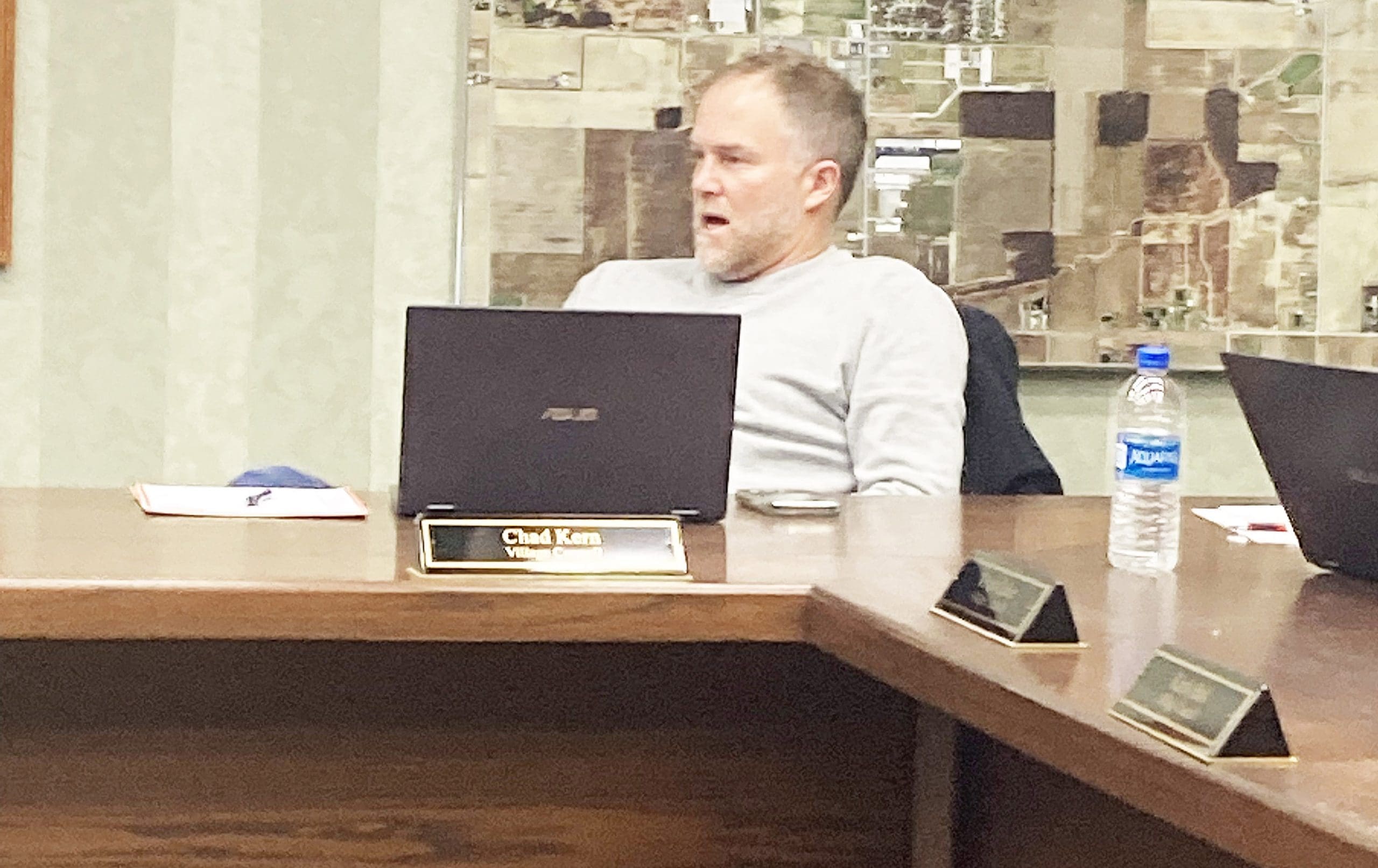 2023 BUDGET … Councilor Chad Kern had a few questions for Village Administrator Donna Dettling about appropriations proposed for the 2023 fiscal year.

In the regular meeting held on Monday, December 5, 2022, Archbold Village Council approved Ordinance 2022-72 to make appropriations for current expenses and other expenditures of the Village of Archbold during the fiscal year ending December 31, 2023 and declared an emergency after a suspension of the rules.

Donna Dettling, Village Administrator, explained to council, “Now, I did some calculations. They’re big numbers, the expenses…the $21,471,780 is a big number.”

“Another thirty-four percent is capital…when I look at that and see we are spending more money for capital…that’s a good thing.”

Dettling elaborated, “one thing we talked about is the possibility of paying off the wastewater fund bond debt and (Director of Finance) Kathy and I decided we’d go ahead and appropriate it so we wouldn’t have to do a budget amendment.

“It’s a big number, $945,000. That’s one of the big changes that you are going to see from what finance committee approved.”

Dettling clarified to council, “still deciding on the right thing to do. We’re 60/40 right now leaning 60 toward paying it off, 40 percent toward not.”

“The rate right now is 2.3 percent on it.  I wanted to include it to give us the flexibility to do it if it indeed it made sense.”

Also approved during the meeting:

The following committee and board minutes, reports and correspondence were also reviewed by the council:

Prior to adjourning, Dettling informed council that she wanted to follow-up on a topic that was brought to council’s attention during their previous regular meeting on November 21.

The resident asked that a “do not block intersection” sign be placed in the area.

Dettling noted, “regardless of whether there is a sign there, we do have what’s called an ‘obstructing passage of vehicles’ ordinance.”

Dettling advised that the police department have been made aware of the issue and they will be watching the area and warning those who block the intersection.

Dettling continued, “for now, we are not going to put up a sign. We are only seeing some of this backup during really busy times.”

“What I have heard from you all, the safety outweighs the little bit of inconvenience on the public.”

“So, we are happy with how that light is functioning and what it’s doing to improve safety.”

Amy can be reached at publisher@thevillagereporter.com