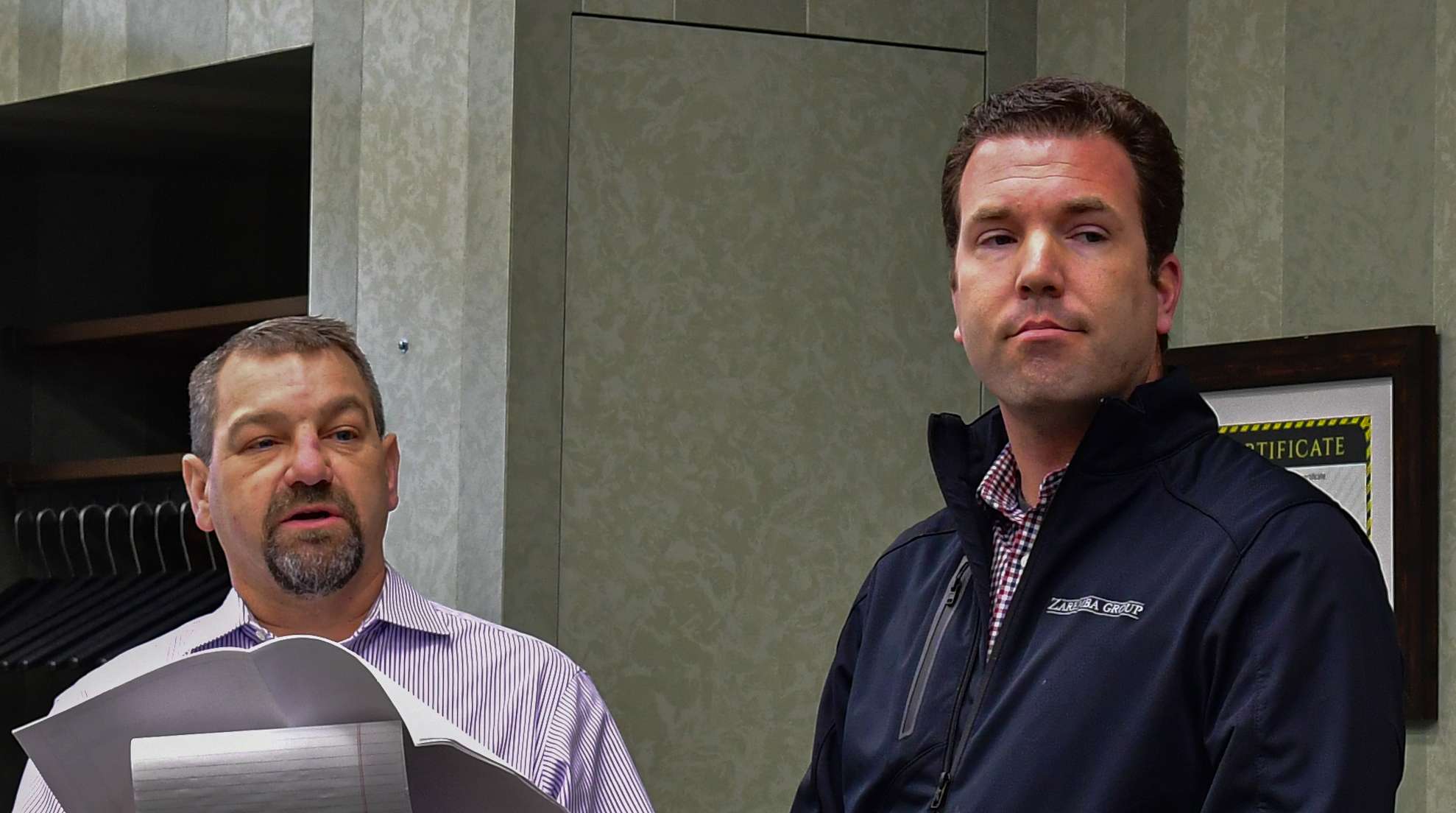 ANNEXATION … Tom Michaels from Zaremba Group and Mike Wohlwend from Wohlwend Engineering Group presented council with a drafted annexation agreement and site plan for a potential second Dollar General for the Village of Archbold. (BY LINDSAY PHILLIPS, STAFF)

Archbold Village Council began at 5:30 p.m. on March 21, 2022. The meeting began with a moment of silence, and was called to order. Council approved minutes from the previous meeting on March 7, 2022.

In Mrs. Thiel’s email she addressed the concerns and controversy over the upcoming downtown events, involving a concerned business owner, Dave Wyse from Moms Diner.

Thiel states in her email, “We are all on the same team.” She went on to say that the Parks and Recreation Board went back to their previous downtown event plan, and worked hard to come up with solutions, specifically adding adjusted road closure time to 2:00 p.m, movement of the stage and food trucks, additional seating and signing, and increase business participation promotion.

The Council was presented with two resolutions to decide between, and approve. When asking for a vote on both Resolution 2022-23, and Resolution 2022-24, neither received a two-thirds majority vote from Council.

A three percent increase for Water and Wastewater was approved and will begin June of 2022. Residents that use six thousand gallons a month will see an additional two dollar and six cents raise.

Aaron Alt from Archbold Parks and Recreation, spoke on Ordinance 2022-25, an Ordinance to Amending Chapter 152, Zoning Code of Archbold Code of Ordinances and Declaring an Emergency.

Alt stated, “A fence permit right now is twenty bucks, it’s just not realistic for the time it takes to do a fence permit.” The Ordinance was approved by Council, and will update the current zoning fee’s and requirements.

Council approved Accepting the Change order #4 for the Water Treatment Plant GAC Project Improvements and Declared it an Emergency.

The work will consist of a new engineered metal building to store the new system and miscellaneous mechanical, electrical and control work.

Tom Michaels from Zaremba Group and Mike Wohlwend from Wohlwend Engineering, presented the council with a formal introduction of a drafted annexation agreement and an preliminary site plan for a possible new Dollar General.

The group is looking to annex the land across from the Marathon on State Route 2 and County Road 24, at the northwest corner, with the entrance off County Road 24.

The ten thousand six hundred and forty square foot building would have red brick, a metal awning above windows and doors, and custom windows.

Archbold received their 39th Tree City Award from Tree City USA, an Arbor Day Foundation Program, for 2021. This program gives the avenue for Archbold to celebrate their work, showing residents and visitors how committed they are to the mission of environment change.