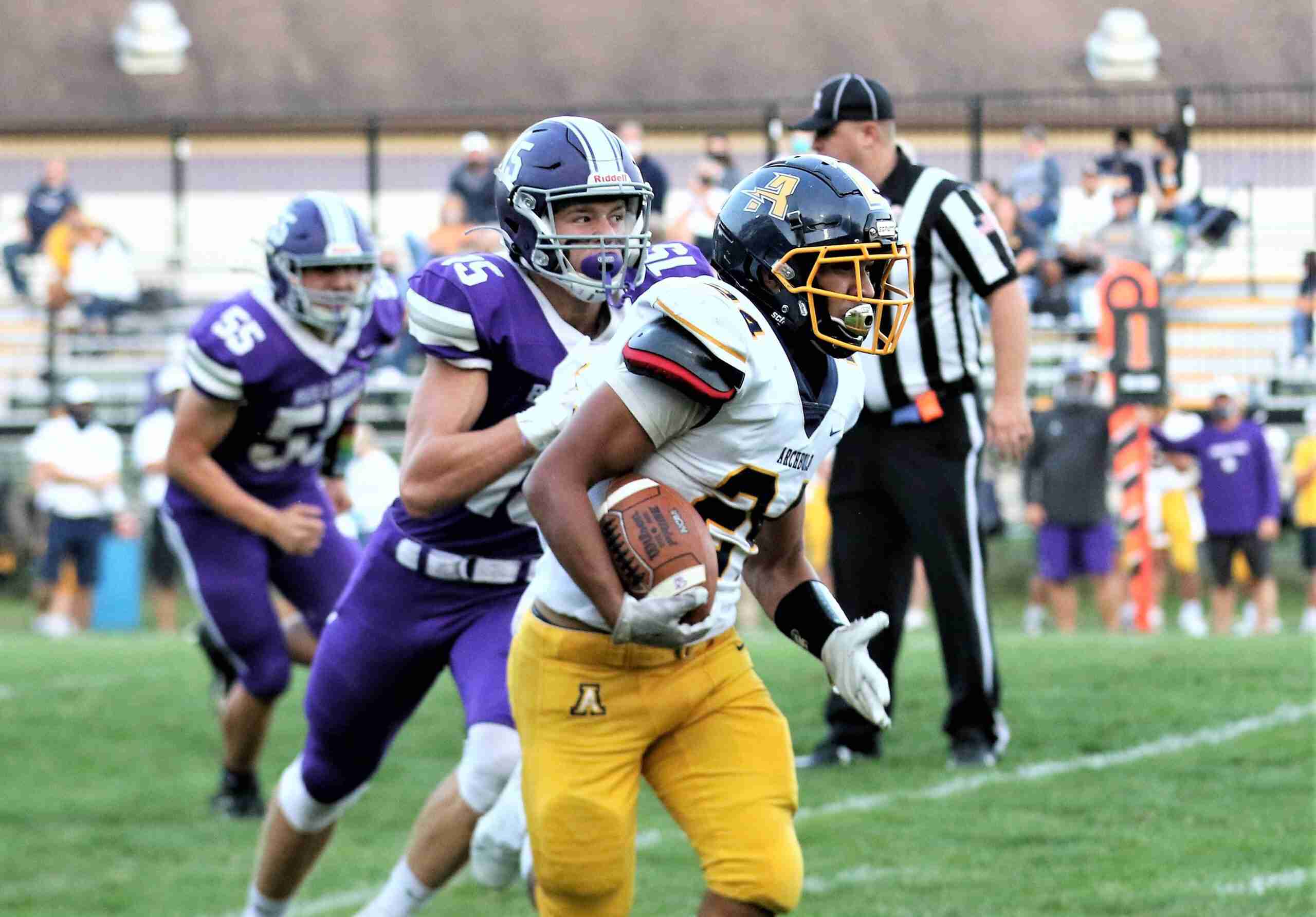 LONG RUN … Archbold running back Noah Gomez breaks away from the Swanton defense on a first half carry. VIEW 298 PHOTOS OF THIS CONTEST ONLINE FOR FREE AT WWW.THEVILLAGEREPORTER.COM. (PHOTOS BILL O’CONNELL)

SWANTON-The Bluestreaks eliminated any thoughts of an upset just seconds into the game as Caleb Hogrefe picked off a pass by Swanton’s Trent Weigel and returned it for a score to give Archbold an early 7-0 lead.

The Bluestreaks struck again a short time later with a 40-yard touchdown run by Noah Gomez to make it 14-0. Archbold added one more score in the first quarter with quarterback DJ Newman finding the end zone on a six-yard scamper to extend the lead to 21-0.

Archbold added three more scores in the second quarter as Newman had a 27-yard pass to Brandon Taylor and then Newman added touchdown runs of 48 and 7 yards to give the Bluestreaks a commanding 42-0 lead at halftime.

Swanton got their lone score of the night on a two-yard run by Nate Vance in the fourth quarter. Newman totaled 198 yards of offense in the game (101 rushing, 97 passing) with four touchdowns to lead Archbold while Gomez had 89 yards rushing on seven carries with a score.

The Archbold defense limited the Bulldogs to just 74 yards of offense and forced three Bulldog turnovers.