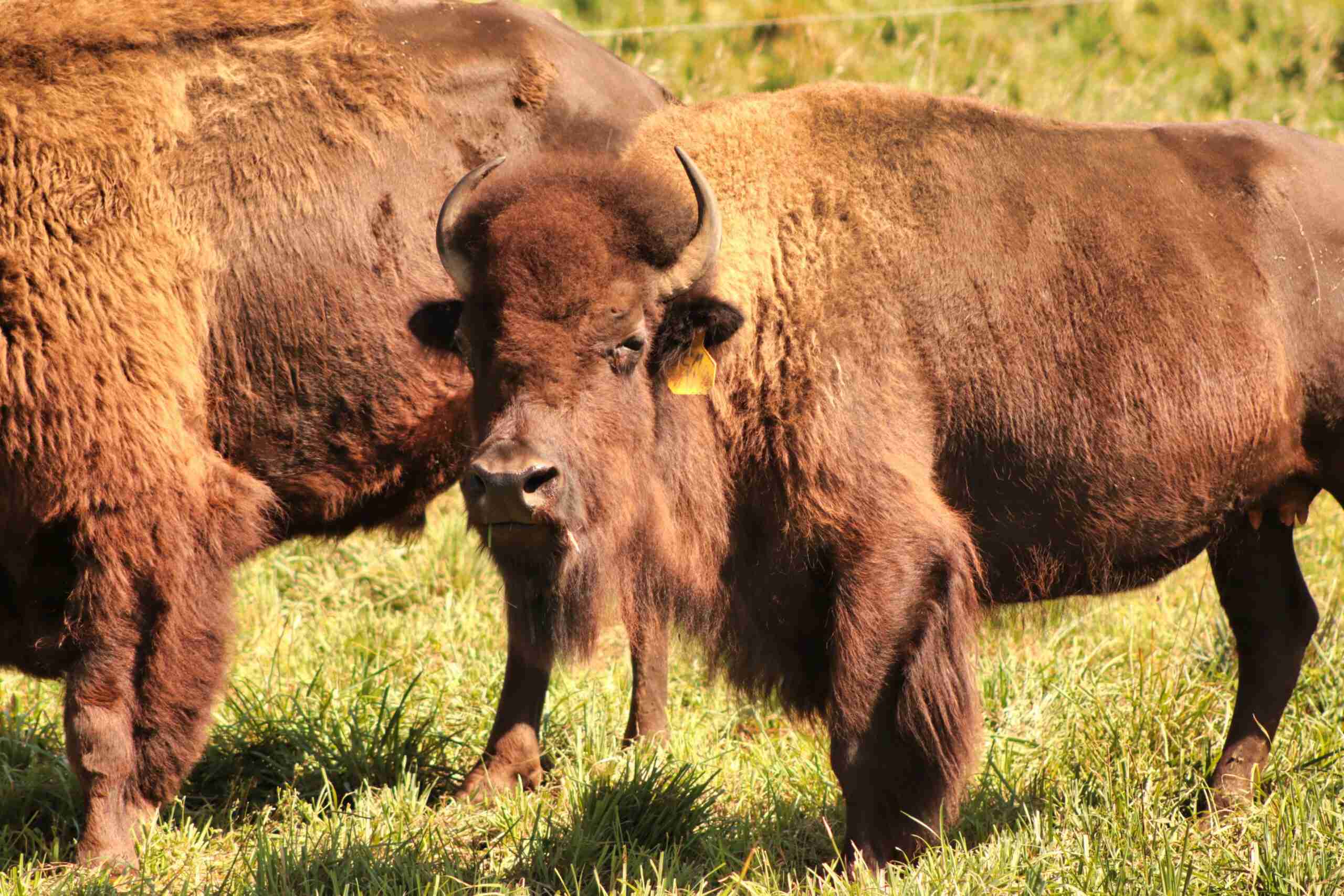 BISON … 54 bison stand and feed on grass in one of the many pastures at the Bracy Gold Bison Farm in Swanton. (PHOTO BY JACOB KESSLER, STAFF)

Bracy Gold Bison in Swanton is continuing to thrive thanks to great leadership and a dream. Brent and Stacy Nofziger started their bison farm in January of 2018 when they purchased the land they now own.

Fast-forward a year, after all the hard work it took to get the farm in shape, and the couple purchased their first 18 bison. 2 months later a total of 8 new calves had been born to take the population up to 26. Since then, the population has increased to 54, with all but the original 18 being born here in Swanton.

Brent is an accountant with DTE energy. He is also an Archbold native who grew up on a farm and always had thoughts of owning his own farm.

“I always wanted to be a cowboy. All my life, my dream was to have a bison ranch for the past 10 years,” said Brent. After a while he met his wife Stacy who is from the Waterville area and now has a zoology degree and is currently a vet tech.

Stacy explained that she worked with Brent’s goal to fulfill a dream of hers too.

“I have always wanted horses. So, one day I told him, if you want to have a bison farm that’s fine but I would like to get my horses. We still don’t have them yet, but I still plan too,” said Stacy.

The two moved to Holland Ohio and were married in 2016 before moving to Swanton.

Brent went on to explain that he had been seeing the market going towards healthier alternatives for a while now.

“Bison is a very lean meat, even leaner than chicken. We decided the market was going towards the healthier side and that people would like to know where their food comes from. They want local and they want healthy,” said Brent.

Each bison produces around 400 pounds of meat and this year the farm plans to have 10 to send off for butchering. Types of meat to be sold will range from ground, to burger patties, to steaks.

In addition to the selling of the bison’s meat, the Nofzigers also provide tours for people. People can pay $3 to take a ride in a wagon out to the pasture to get up close and personal with the animals.

The average tour will result in you getting within 20 to 30 feet of them, but sometimes closer if they are going by. Meat can be purchased from the Nofzigers but request that you call ahead and make an appointment.