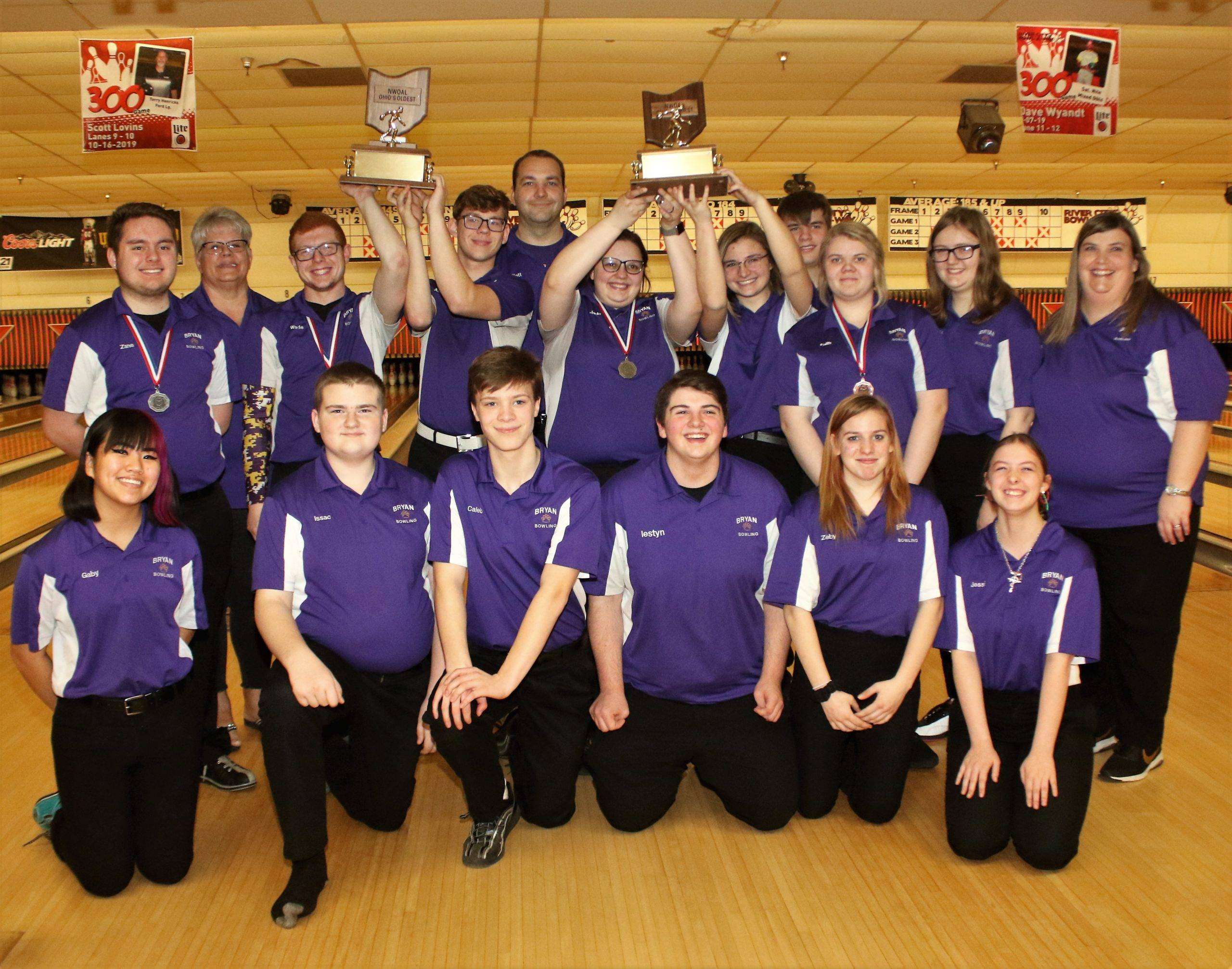 Patrick Henry placed second with 3,728 pins and the Wauseon Indians came home in third with a score of 3,605. Leading the way for Wauseon was Chance Buehrer who fired a 586, Isaac Rufenacht scored a 566, and Alex Stevens rolled a 540.

Liberty Center was close behind the Indians with a 3,521 and the Swanton Bulldogs had a 3,358 to place fifth paced by Marty Mosher with a 567 and Riley Blankenship added a 536. Sixth place went to the Delta Panthers with a 3,219 led by Walker Sniegowski with a 521 series and Kaden Hawkins scored a 506.

Evergreen came home in seventh place with 2,935 led by Ayden DeGroff with a 511 and Wil Newcomb fired a 460. Bryan bowler Matt Meade earned NWOAL Bowler of the Year for the boys.

The Bryan Lady Bears took first place on the girls’ side with a total of 3,487 led by Jade Easley with a 609, Faith Harding had a 574, and Emma Meade fired a 543. Wauseon was able to secure a runner-up finish topped by Danielle Carr who had a 547 and Jessie French tallied a 542 to help the Lady Indians to a team score of 3,272.

Swanton scored a 3,066 to edge out Liberty Center and Patrick Henry for a top three finish as the Lady Tigers were fourth with a 3,019 and Patrick Henry was fifth with a score of 3,004. Amy Lawson led Swanton to their third-place finish with a 593 including a 224 in game one and Ivy Serres added a 476.

Bryan also took home the NWOAL Bowler of the Year for the girls with senior Emma Meade earning the honor.