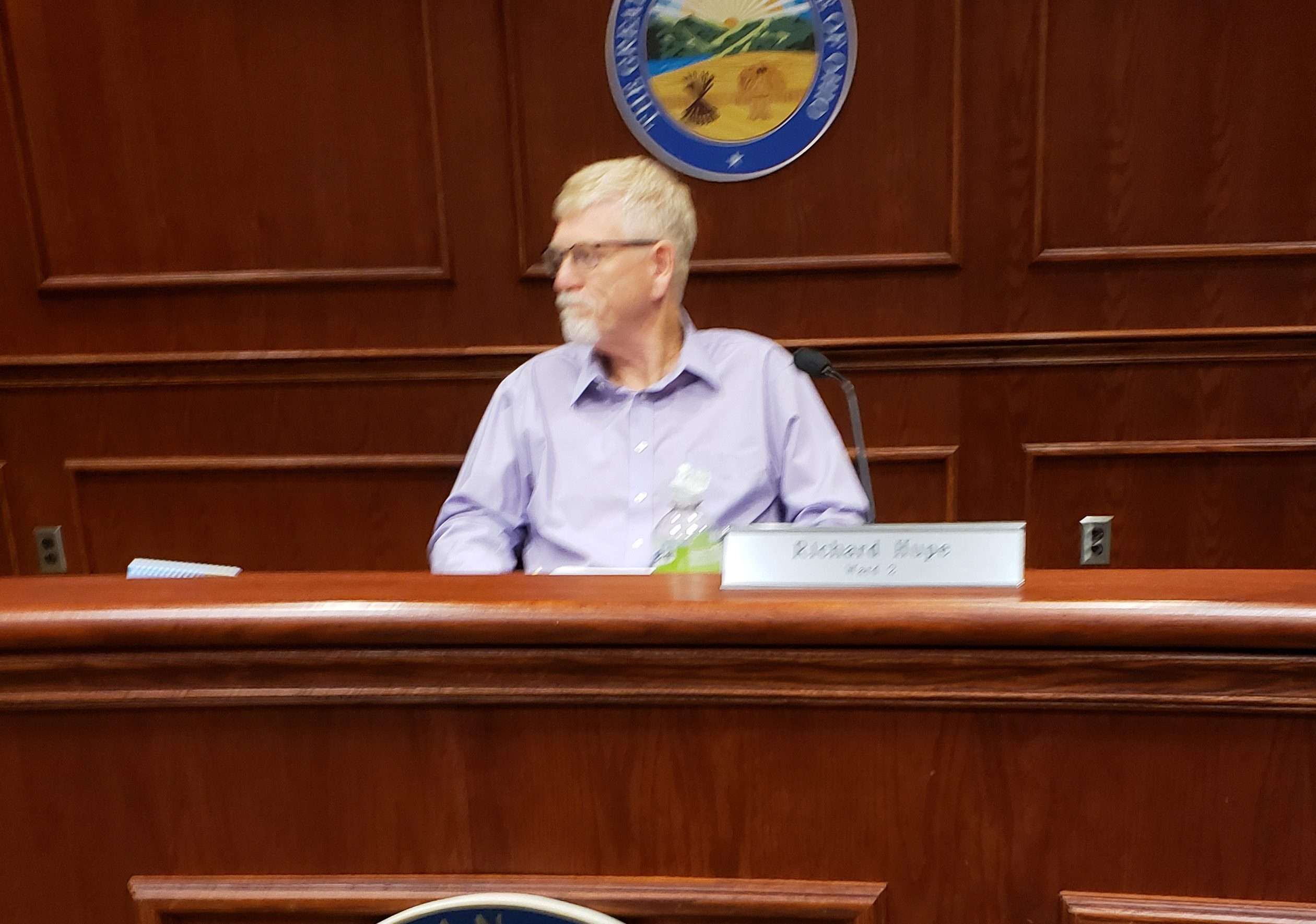 REMEMBERING AL HORN … City council member Richard Hupe talked about the recent passing of former Board of Public Affairs member Al Horn. “He contributed greatly to the city and will be missed,” Hupe said.

That was followed by unanimous acceptance of the August 9 special council meeting. The council then quickly moved and voted by unanimous approval, to accept the clerk treasurer’s July budget report.
Council then waived the hearing requirements in regard to a liquor permit application. “The state of Ohio asks the council whether or not they want to have a hearing about a liquor application,” said Bryan city clerk-treasurer Laura Rode.

She explained it’s quite common for council to not have a hearing, to waive those hearing requirements.

City council member Hupe then talked about the recent death of Al Horn. Horn was once a board member on Bryan’s Board of Public Affairs. “He contributed greatly to the city and will be missed,” Hupe said.

Next, council then took a short break and moved on to executive session, which is not open to the public.

The city council’s next meeting will be at 7 p.m. on Tuesday, September 7th, the day after Labor Day.