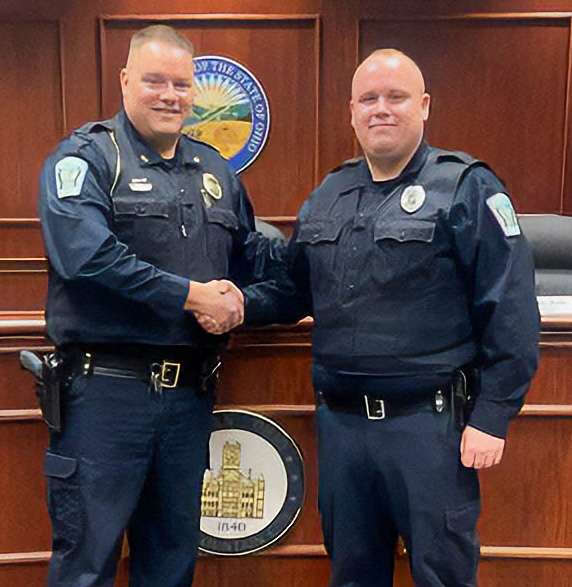 The City of Bryan welcomed a new full-time officer to the Bryan Police Department in Steven Graziani. Officer Graziani was sworn in on the morning of March 7th by Bryan Mayor Carrie Schlade.

Officer Graziani is a Williams County resident with this position being his first as a full-time officer.

Graziani grew up in Northwest Ohio and graduated from Fairview High School in 2011.

Shortly after graduation he enlisted in the United States Army. Upon returning he worked as a production supervisor. He then decided to pursue his goal of going into law enforcement.

He graduated from the Owens Community College Police Academy in 2021 and began employment with the Stryker Police Department as a part-time officer shortly after.

He then began employment at Bryan Police Department when the opportunity opened up. Steven has a wife, one son and one daughter.

Steven looks forward to serving the community and is grateful for all who helped and supported him while reaching his goals.